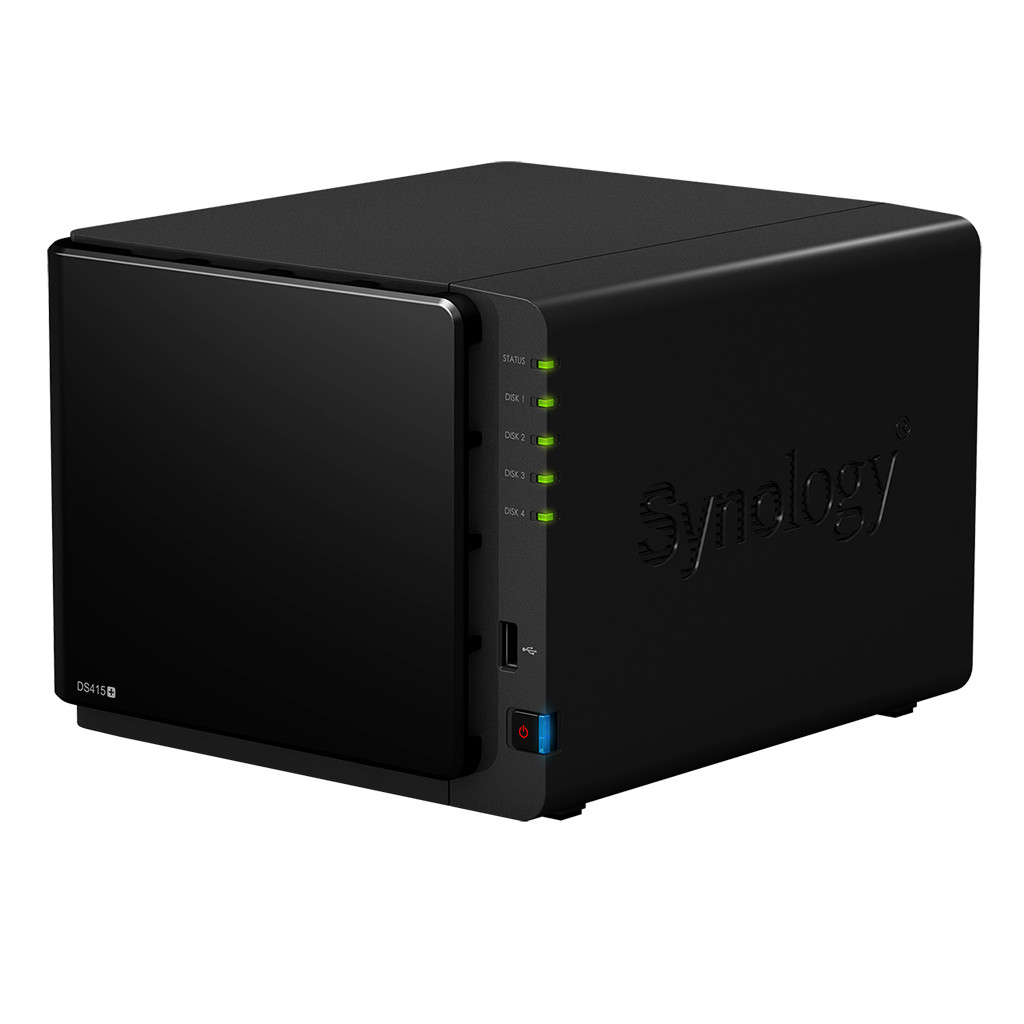 Synology’s four-bay NAS units are very well-received by SOHO users, and today the hardware vendor is launching its more powerful NAS thus far in the DiskStation DS415+.  The DS415+ retains a similar style as other four-bay solutions Synology has offered over the course of the last year, but it is under the hood where you’ll find most of the changes.

The DiskStation DS415+ comes with a 2.4 GHz quad-core Intel Atom CPU, which is a noticeable step up from the DS412+, which offered a 2.1 GHz dual-core Atom CPU. It is great to see Synology move away from the Armada line of CPUs from Marvell and start offering Intel’s Atom CPUs in its products. The amount of RAM has similarly received a boost, with the DS415+ featuring 2 GB DDR3 memory. Thanks to the new hardware, Synology is claiming that the DiskStation DS415+ can achieve read speeds in the vicinity of 228MB/s and can write speeds of 233MB/s, which are considerably more than what previous generation models managed. The DS415+ is also the first Synology product to include the AES-NI encryption service.

Other hardware is similar to what you get with the DS412+, which includes two USB 3.0 ports, one USB 2.0 port, one eSATA port, two Gigabit LAN ports that can be bridged through Link Aggregation and four drive bays that can accommodate a total of 24 TB. The DiskStation Ds415+ also features intelligent power utilization, with the unit only consuming 17.3 watts during hibernation. When running full tilt, the NAS requires 46.2 watts.

Along with the introduction of the DiskStation DS415+, Synology is also rolling out a beta version of its operating system, DiskStation Manager (DSM) 5.1. The new version brings a tweaked user interface as well as a new set of features. Since the DS415+ is a model in the professional series, it features additional utilities that allow you to run web servers, host websites as well as connect to virtual servers from VMware, Citrix and others.