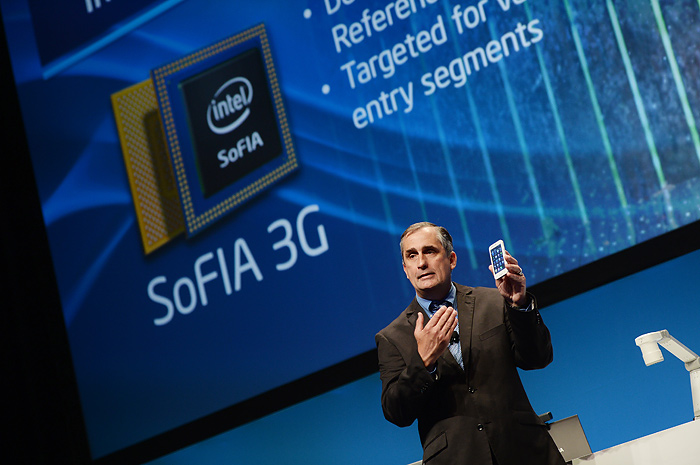 In order to catch up in a mobile SoC market dominated by Qualcomm (NASDAQ: QCOM) and MediaTek (TPE: 2454), Intel (NASDAQ: INTC) announced Friday that it is making a strategic investment in two Chinese SoC makers via Tsinghua Unigroup, a government-affiliated private equity firm.

“China is now the largest consumption market for smartphones and has the largest number of Internet users in the world,” said Brian Krzanich, Intel CEO, in a statement. “These agreements with Tsinghua Unigroup underscore Intel’s 29-year-long history of investing in and working in China. This partnership will also enhance our ability to support a wider range of mobile customers in China and the rest of the world by more quickly delivering a broader portfolio of Intel architecture and communications technology solutions.”

The deal with Tsinghua Unigroup is valued at $1.5 billion, for a 20 percent stake in Spreadtrum Communications and RDA Microelectronics which are owned by Tsinghua Unigroup. According to a statement by Intel, both Spreadtrum and RDA will be developing SoCs based on the Intel Architecture (IA) that incorporate the two companies respective baseband and wireless communication technologies.

“It has become a national priority of China to grow its semiconductor industry,” said Tsinghua Unigroup Chairman Zhao Weiguo in a statement released by Intel on Friday. “The strategic collaboration between Tsinghua Unigroup and Intel ranges from design and development to marketing and equity investments, which demonstrate Intel’s confidence in the Chinese market and strong commitment to Chinese semiconductor industry.”

Spreadtrum has built a number of basebands for China’s home-grown 3G standard called TD-SCDMA 3G. RDA, on the other hand, is working on developing 4G LTE basebands that will be compatible with China’s domestic standards Intel reported in a press release.

Both of these companies are fabless, and the designs using IA will be fabricated in Taiwan on fabs belonging to Taiwan Semiconductor Manufacturing Company (TPE: 2330) .

While Intel may be far behind Qualcomm in the mobile market arms race, it does possess one definite advantage over the company: it’s in the good books of China’s government. While many US technology companies, such as Qualcomm, face an increasingly hostile business environment in China — complete with legal trouble and investigations — so that China’s domestic technology companies may have an edge Intel has dodged this bullet through its continued investments into Chinese firms.

Earlier this year at IDF Shenzhen Intel’s CEO announced a $100 million device innovation fund for local OEMs and ODMs to tap and the construction of an innovation and research center in the city. While these are expensive plays that only a capital-rich company like Intel can pull off, in the long run they will pay off as Intel will not face the scrutiny and hostilities  in the Middle Kingdom that its competitors do.