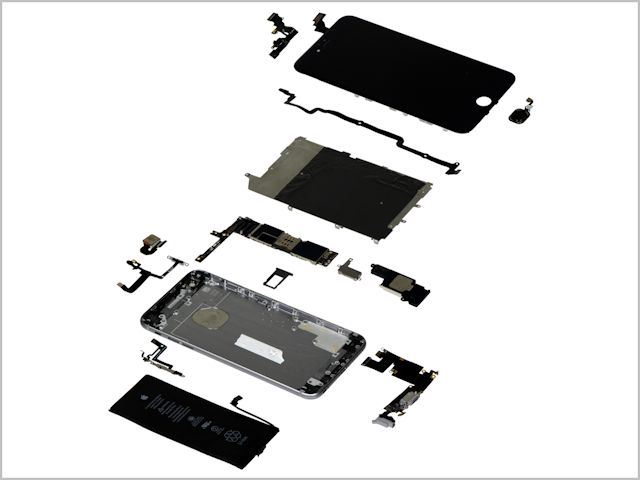 Apple (NASDAQ: APPL) has historically had very high profit margins with its iPhone series of devices. According to a teardown analysis by industry consultancy IHS, this is no different with the iPhone 6.

According to a bill of materials report by IHS, the entire cost of all the internal components 16GB iPhone 6 equal $196.10. IHS estimates that the manufacturing cost per-phone is $4.50, which makes the iPhone 6 come in at $200.10.  For the iPhone 6 Plus, with its phablet-sized screen, the bill of materials rises slightly to $211.60 which brings it to $215.60 when the manufacturing cost is included.

The cost of the iPhone 6 and iPhone 6 Plus vary around the world, but in the United States the phone retails for $649 or $749 for the Plus version. On contract, the phone costs $200 for the regular version and $300 for the Plus edition.

“Apple has always been adept at offering higher-end iPhone models with enhanced, desirable features — and then pricing those versions for maximum profitability,” Andrew Rassweiler, senior director of cost benchmarking services for IHS, said in a press release. “In the past, the premium versions of iPhone offered higher memory configurations for additional profit. While Apple continues this memory strategy, the company is also taking a similar approach with the iPhone Plus, structuring its pricing to add bottom-line profit on models that have a very desirable feature: a large phablet-sized display.”

On an unrelated note, which blends better: the iPhone 6 or the Samsung Galaxy Note 3?