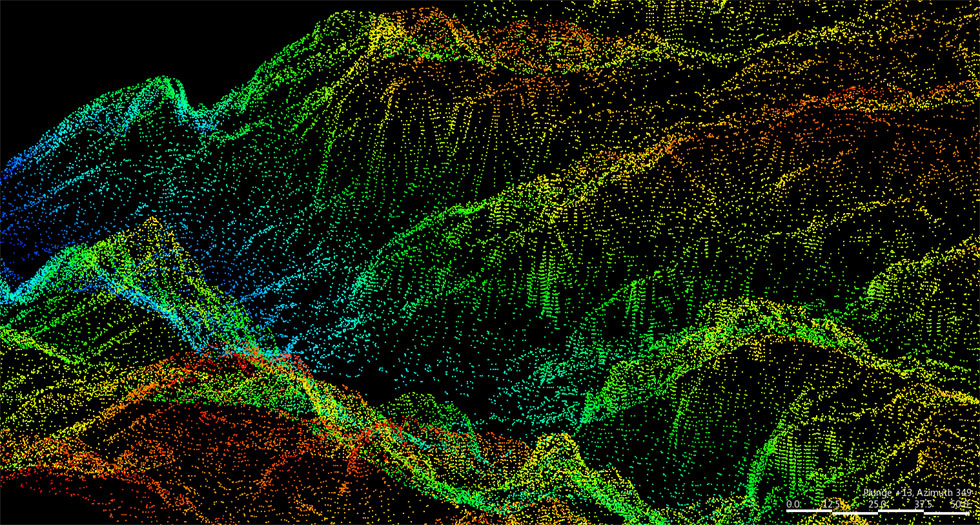 Angkor Wat and the surrounding area is an ancient 9th century Khmer construct of temples in Cambodia. LiDar is a 20th century invention that is probing secrets hidden deep within the surrounding jungle. LiDar (light detection and ranging), is an optical remote-sensing technique that transmits laser beams toward a target returning extremely accurate geospatial x,y,z measurements. 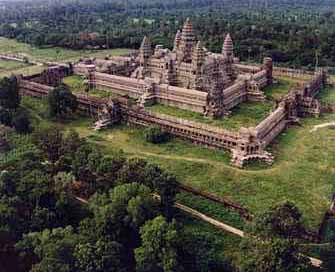 Arial image of Angkor Wat, but LiDar reveals much more.

Aerial surveys half a century ago used film cameras and slide rules. We’ve come a long way since then. The technology is discovering that there is more to Angkor Wat than meets the eye. The UNESCO site is an archaeologist’s dream in a country that thrived as part of an empire centuries ago and suffered through a civil war in our lifetime. Combined pieces of hardware turned dreams into reality. The major components of a LiDar system include a collection unit – possibly a land-based tripod or in the case at Angkor Wat, a helicopter – with an onboard computer and data storage devices. There is a laser scanner system, global positioning system (GPS), inertial measurement unit (IMU) and inertial navigation system (INS). The INS measures roll, pitch, and heading of the LiDar system. A light beam bounces back from the surface and a sensor records it to measure a range. When laser ranges are combined with position and orientation data generated from the GPS and IMU, scan angles, and calibration data, it results in a detailed, dense group of elevation points, called a point cloud.The shareable mass point cloud datasets can be managed, visualized, and analyzed. The point data becomes highly accurate geo-referenced x,y,z coordinates by analyzing the laser time range, laser scan angle, GPS position, and INS information. 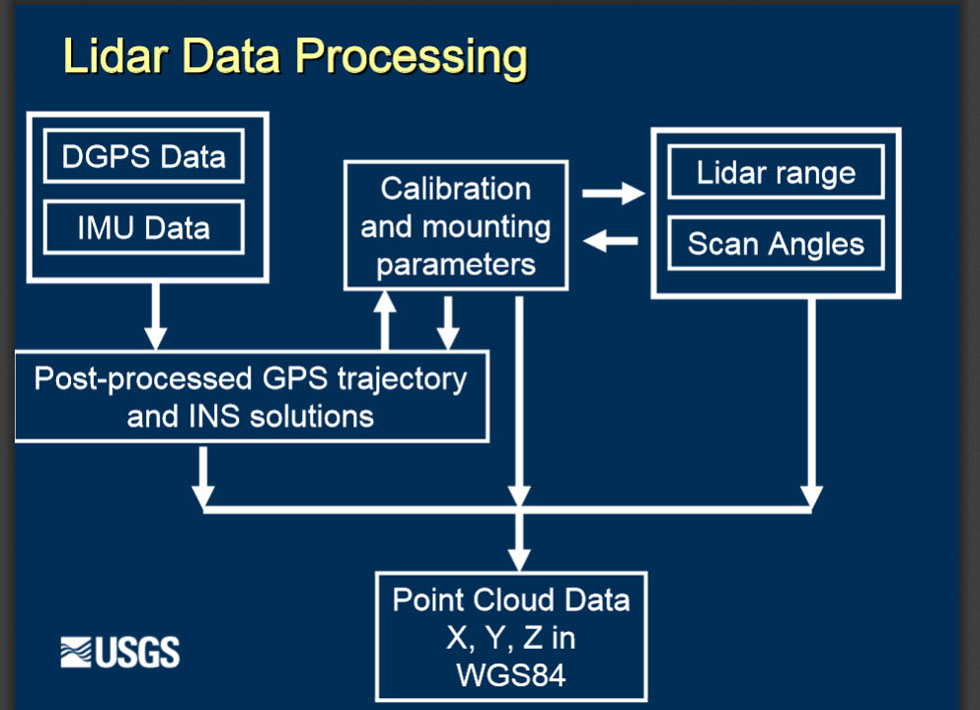 Each point in the point cloud has three-dimensional spatial coordinates – latitude, longitude, and height – that correspond to a particular point on the Earth’s surface from which the laser pulse was reflected.
Topographic LiDar typically uses a near-infrared laser to map the land as at Angkor Wat, while bathymetric LiDar uses water-penetrating green light to also measure seafloor and riverbed elevations.

Images carved into the temple proper and its walls hint of more discoveries waiting to be unearthed.

LiDar provides archaeologists with the ability to create high-resolution digital elevation models of archaeological sites. The helicopter’s vantage point gives researchers access to areas difficult to reach on foot and can find secrets hidden beneath impenetrable forest canopies. The recent discoveries showed eerie outlines under the surrounding forest of temples never before seen by modern man. There are ceremonial boulevards which form a grid, dykes and man-made ponds which indicate large-scale hydraulic engineering typical of the Khmer empire which out of necessity had to concern itself with controlling the effects of frequent monsoons.

French explorer, Henri Mouhot wrote in his journal in 1863 of the visible ruins he saw: “One of these temples, a rival to that of Solomon, and erected by some ancient Michelangelo, might take an honorable place beside our most beautiful buildings. It is grander than anything left to us by Greece or Rome.” No wonder modern explorers use every means possible to uncover more of the splendor. The BBC has much more on the topic including how they used LiDar.

LiDar or 3D laser scanning originated in 1960 to detect submarines from aircraft. The science and its use have grown since then. Early in this century, Alex Lee, a then PhD Scholar at the School of Resources, Environment & Society in the Australian National University at Canberra was using LiDar in the Injune project for research involving biomass and global change science. It is his illustration you see below. This graphical representation is of the various elements of a small footprint airborne scanning laser system. Lee was looking at 1100 hectare of forest. 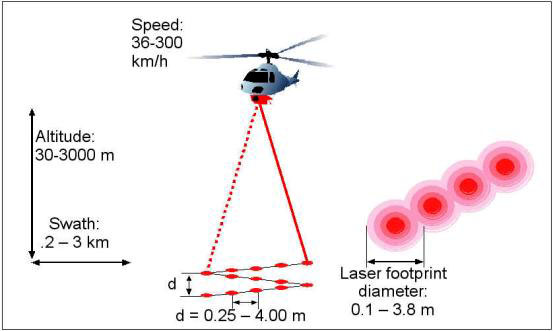 Now, airborne LiDar sensors can capture existing conditions in true 3D. It is possible to model and analyze information virtually down to an individual tree in that forest. It can perform rapid surveys over large land areas with accuracy down to 5cm.
LiDar permeates and facilitates measuring techniques utilized by several industries, including computer gaming, flood forecasting, meteorology, architecture, cellular network planning, and smart cars.

Stanley, 2005 DARPA winner with LiDar on board

LiDar technology can also be put to use as an alternative to radar guns for speed limit tracking. Rather than relying on Doppler shifts to directly measure speed, policing LiDar uses the principle of time-of-flight to calculate speed.
Physical objects can be captured by LiDar and re-created in the computer realm. When an object or scene has been made digital, it can be manipulated, colored, or textured into a detailed, accurate model. For gaming, it can be the basis for a replica of whole cities or the undulations of a race track.

Angkor Wat isn’t the only game in town. Computer gamers benefit from LiDar, alongside archaeologists, architects, car manufacturers, and all varieties of scientists.
The BBC provides a video in their interesting article. The BBC aired Jungle Atlantis already, but it can be seen October 5 in the US on The Smithsonian Channel under the name Angkor Revealed.