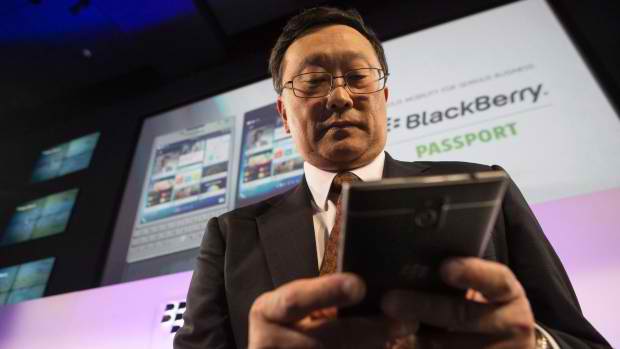 As per BlackBerry’s (NASDAQ:BBRY) latest quarterly earnings call, the company exceeded expectations by posting a narrower loss than analysts have forecast. For the second fiscal quarter ended August 30, 2014, the company’s net loss has narrowed to 2 cents per share (after one-off items), which is better than the 16 cents loss per share forecast by Thomson Reuters.

BlackBerry has posted a loss of $207 million or 39 cents per share, compared with a loss of $965 million or $1.84 per share in the same period last year. Non-GAAP loss is reported at $11 million. This comes amid lower quarterly revenue figures for second quarter of FY 2015: $916 million, compared with $1.57 billion the same period the previous year.

“We delivered a solid quarter against our key operational metrics, and we are confident that we will achieve breakeven cash flow by the end of FY15,” says Chen in a statement. “Our workforce restructuring is now complete, and we are focusing on revenue growth with judicious investments to further our leadership position in enterprise mobility and security, driving us towards non-GAAP profitability during FY16.”

According to Chen, BlackBerry expects its handset unit to return to profitability with as few as 10 million devices per year. Meanwhile, Chen also expects revenue from software to double from $250 million to $500 million by FY 2015. Software and other revenue account for 8% of BlackBerry’s revenues, while hardware and services account for 46% each.

BlackBerry has just launched its latest Passport smartphone, squarely aimed at the enterprise market with the hopes of revitalizing its weakened smartphone business. The device has a decidedly different form factor compared with popular smartphones today (a square screen and a wide form factor reminiscent of an actual passport). Executive Chairman and CEO John Chen says the Waterloo, ON-based company has sold 200,000 units so far since its launch on Wednesday.

Along with Passport, BlackBerry also launched its Blend feature, which enables sync and bridging of messages and content across different devices based on different operating systems. The company has also made a string of acquisitions in the past few weeks: UK-based Movirtu, which makes virtual SIM solutions for mobile operators, as well as voice and data encryption firm Secusmart.

BlackBerry stock rose 4.6% as of closing Friday, and the stock has risen about 22% over the past 12 months.