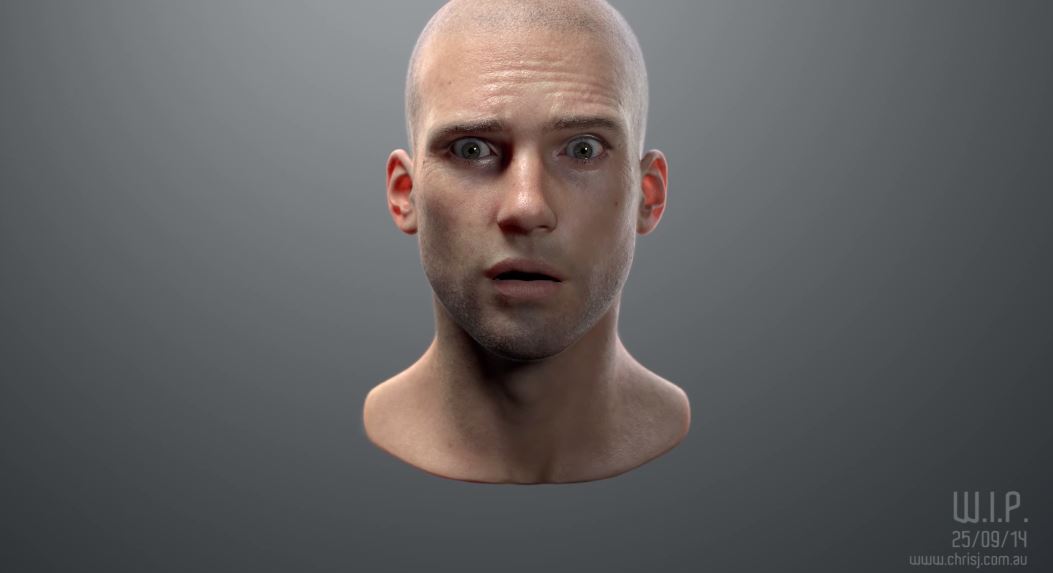 People are always talking about when digitally created art will surpass the point of realism, well, today may actually be the day that it happens.

There have been countless CGI faces created from scans of real people’s faces and others that were drawn by artists, but the most realistic ones still come from digital scans of real people with vast amounts of depth data and minute flaws. This virtual world of computer generated people has slowly but surely been moving towards a point where one cannot tell the difference between a computer generated image and one that is simply a photo or a video of a real person. One of the most recent attempts at hyper-realistic computer generated imagery was thanks to USC’s ICT where they created a system that allows them to scan in a real person’s face into a digital copy and with Activision’s (NASDAQ:ATVI)  rendering techniques and Nvidia’s (NASDAQ: NVDA)  help they were able to render people’s faces digitally in real time.

Their project, called Digital Ira, scanned a real person’s face and his movements into a digital representation of his face in order to show how photo realistic computer generated imagery has become and, for Nvidia, to show the computational power of Nvidia’s GPUs as well as Activision’s rendering techniques.

Nvidia then turned that into its own demo to show off the power of their GeForce GTX graphics cards with “Faceworks”. Obviously, Nvidia had improved upon the original rendering techniques and implemented its own rendering of Ira’s face.

But all that is behind us with the most recent developments in computer generated imagery and with the virtual reality industry picking up more and more steam, there will be need for more artist-generated computer imagery rather than scans of real people. So, it is absolutely astonishing to see that someone has finally, entirely from scratch, created their own digital person. The artist, Chris Jones, says that this is still only a work in progress which very likely means that there are many improvements to be made to Ed, but that doesn’t change the absolutely astonishing realism created from nothing but an artists imagination and lots of software and hardware.

In order to create Ed, Jones had to combine Lightwave with Sculptris and Krita and composited the whole scene together with Davinci Resolve Lite. As you can tell, he’s been working on this for quite some time, but a simple trip over to his website shows that Jones has been an artist almost his entire life. Chris Jones calles Ed by another name, Mr. Head, but doesn’t give many details about what he plans to do with him other than the fact that Ed aka Mr head is still a work in progress. He even has his own CGI film called The Passenger which he sells on his own website and may be worth checking out if you like his work.

It will be interesting to see what things that Chris Jones will be able to do once he has some more time or he gets more help from others to expand beyond Mr. Head or Ed.