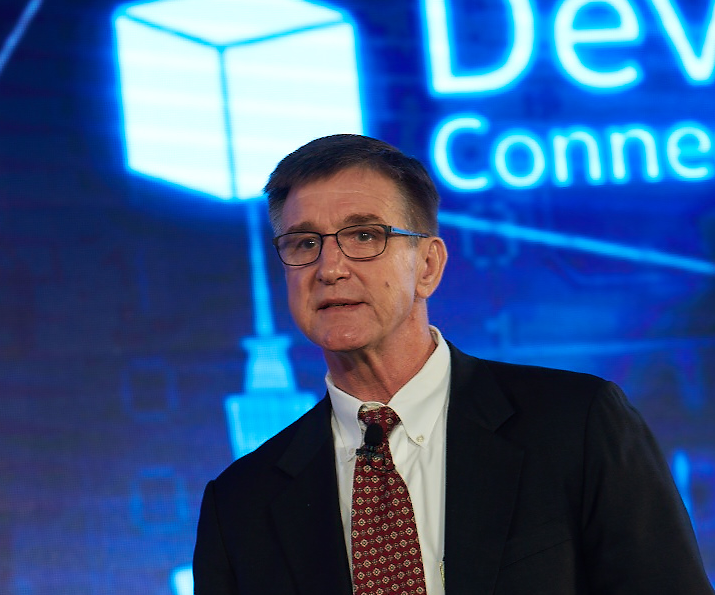 Behind the emerging market of the Internet of Things are embedded processors. Without these chips, such as Intel’s Atom and Quark, there would simply be be no IoT.

On Wednesday in Taipei Intel (NASDAQ: INTC) hosted its IoT Asia Tour to showcase some of its IoT solutions from partners in order to give an idea to industry stakeholders where the ecosystem is going.

As a testament to the confidence that Intel has in the staying power of IoT, Philip Cronin, the company’s regional sales director for the Asia Pacific and Japan likened the rise of IoT to that of both cloud services and big data.

“Nobody is rejecting the concept of IoT,” Cronin said on stage during the event’s keynote. 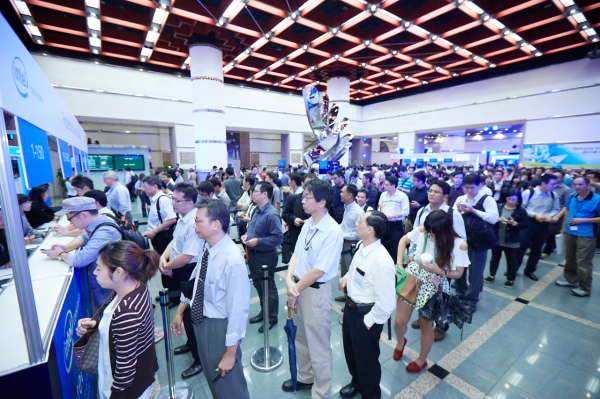 To get a sense of how Intel’s embedded technology is driving the IoT — as Intel has been pushing IoT with some effort for over a year now — we sat down with Richard Dwyer, Intel’s VP and general manager of its embedded sales group, when he was in Taipei.

VR World: In the embedded space, how would you compare Intel’s efforts to those of ARM and AMD. What are Intel’s strengths?

Richard Dwyer: First and foremost, we are the preeminent microprocessor silicon manufacturer in the world — we’re pretty proud of it. We’ve made a number of investments over the past three-to-five years in assets that help us differentiate those transistors and microprocessors that we build in ways that go beyond what our competitors offer in the marketplace.

One of the things that I think is truly unique — it’s not just because we bought McAfee (now referred to as Intel Security) so we have 15 to 16 security workloads we can apply to different applications — but we have the ability to do hooks in the silicon with that software. We have Intel Security, we make the microprocessors, we create hooks that tightly couple that security environment with the software stack that sits on top of it. That’s a pretty unique offering and position. That allows us to do things like establishing root of trust and passing that root of trust up through the chain of command before the processor boots.

Another differentiation is having a common architecture from the very low end such as Quark all the way up the architectural stack to Xeon’s in the data center.  The common architecture creates code compatibility and scalability from device to cloud as well as enabling more secured system. Couple core expertise with the IP and the assets that we’ve acquired, such as Wind River, McAfee, Mashery, Aepona as well as internally developed IP from our SSG and labs R&D efforts, Intel is able to create significant value with integrated system up the stack, from devices to data center.

So, our strength and differentiation is based on our ability to take transistors and the assets that we’ve purchased — such as Wind River from an Operating System perspective, or a hypervisor — and couple those assets with the security-based IP we’ve acquired from McAfee as well as that we’ve acquired from our own research. We’ve created this offering that leverages the silicon technology all the way up the stack.

I think our strength is our strength. Period, full stop. We will continue to build assets and IP that differentiates us from the competition.

I don’t approach a customer that’s approaching other architectures — there are many other architectures. I go into the discussion first and foremost trying to understand what’s the problem the customer has, what’s the business and engineering issue we’re trying to solve, and then we have a discussion about what our strengths are. Our strengths are our strengths: I think they are formidable and we will continue to invest in them. But I’m not going to disparage the other guys.

VRW:You’ve mentioned before that the Internet of Things is happening first in Asia. Why is that?

RD: I think that Asia is an “IP incubation melting pot” of capability, intellect, and manufacturing that is unmatched in other places around the world.  There were 1000 people [at the Intel IoT event] today. This set of people create things. They create solutions: there were ISVs, SIs, hardware manufacturers… this melting pot of talent is what percolates and generates wonderful things.

That’s not to say that there is not innovation and invention in other parts of the world. But things happen and come to life first here. I think there is a desire for risk taking here. People are willing to take bets, and to run fast and run hard. It’s an exciting place to be because there is so much capability here.

RD: Our position is that we realize that we cannot do this on our own. We participate in industry consortia with other companies — the biggest companies in the world — so that the standards we are involved with and helping to define we aren’t doing alone. We have, for example, the Industrial Internet Consortium which has members that are the “who’s who”.

Our focus will be to continue to participate in consortia that has the best, brightest and biggest companies in the world so that the standards we are involved with become ubiquitous. So that we are able to deliver solutions that are interoperable, that are multi-vendor oriented. The only way we can describe how we’re doing that is name the consortia we’re involved in and those peers that sit on the consortia with us.

Open standards are always open, there just may be some differences. At the end of the day, it’s likely that one may win. Which one will win? I think the one that will win will be the one that has the most market momentum and mass behind it based on who’s participating — but that’s Rick’s opinion, not Intel speaking.

This interview has been edited for clarity and length.