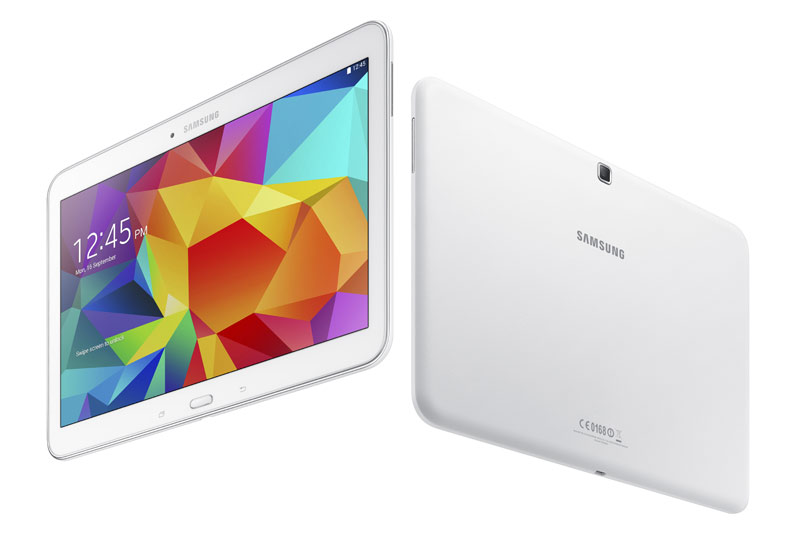 Sure, 7-inch and 8-inch tablets might win over portability, but when it comes to high-end tablet use, 10-inch still stays at the top. The iPad Air 2 and the Galaxy Tab 4 10.1 are both within the same category. Being both released during the latter half of this year, it’s just appropriate for us to do a little side by side comparison of the two tablets. So who’s better, and if you’re still undecided on a 10-inch tablet this year, which are you going to own?

The Galaxy Tab 4 10.1 has a build that is best described as almost impressive. True, the plastic casing is hardly subpar, but it definitely does not feel like a premium device either. Its firm and certainly built to last, but there’s no questioning the iPad Air 2’s aluminum chassis, with all its visual goodness, attractive polish, plus the handling sensation that marks the price of the machine itself.

Hardware specs are almost always about benchmark and speed tests. Of course, this makes the competition a little more biased towards the iPad Air 2, which was released a few months later than the Galaxy Tab 4 10.1. Still, there’s no questioning the processing power of Galaxy Tab 4’s quad-core Snapdragon 400 (APQ8026), even if the iPad Air 2’s triple-core A8X is to be considered the more advanced choice. For browsing though, both are still fast and snappy, nothing to be really bothered about with the other. Again, the iPad Air 2 loses points on data storage expansion, but that’s to be expected, though it can still be a glaring disadvantage even with the easy availability of cloud storage options.

If there’s one word that could define both tablets’ screen, it would be ‘incomparable’. This is already obvious though, given then huge difference between both screen’s resolutions. Granted, there’s really nothing wrong with the Galaxy Tab 4 10.1’s 1280×800 screen, it’s just that the iPad Air 2’s 2048×1536 screen is definitely better (You can always go ‘Pro’ though if you want the better screen resolution). The 3.15MP rear camera of the Galaxy Tab 4 10.1 might look dismal for some, but even if the 8MP camera the iPad Air 2 feels just right, there’s still a nagging feeling that Samsung didn’t really care for it at all and just shove it in as a standard.

Who needs buffed innards when you only have a few hours to enjoy the device? Thankfully this is not the case for both tablets. With both tablets used for standard browsing and media, the Galaxy Tab 4 10.1 clocks in at about 9 hours average on a single charge, while the Apple iPad Air 2 can reach more than 10 hours. A clear difference indeed, but certainly not one that you’d be bothered about within a single day of use.

It is very evident that the iPad Air 2 wins the competition by a mile. But despite all the shortcomings of the Galaxy Tab 4 10.1, it still manages to perform very well, and at a lowered base price point, it is perhaps the more economic option. Still, it might be hard to resist the elegant iPad Air 2, even with its premium price.