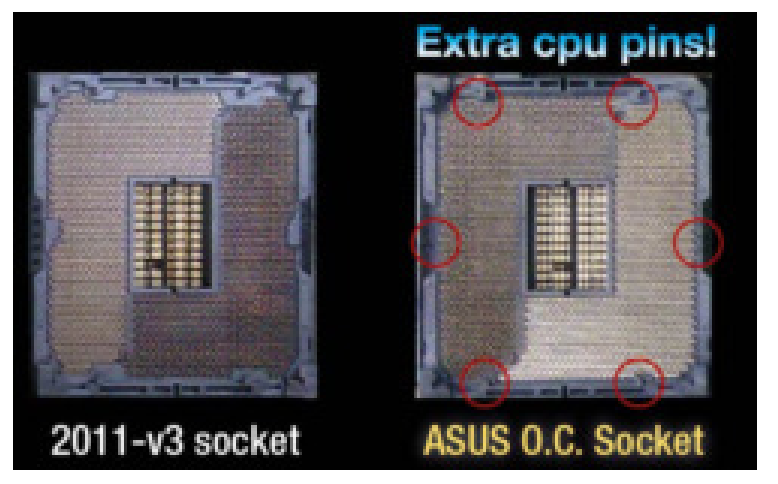 At an overclocking event during last month’s IDF in San Francisco, VR World reported on the mystery of the extra pins on Intel’s (NASDAQ: INTC) Haswell-E CPUs — known as socket 2084 — and what exactly the corresponding sockets on motherboards are supposed to be used for.

Asus (TPE: 2357) claims that these pins are for overclocking, giving users increased reliability. Industry sources that spoke to VR World claim otherwise, stating earlier that these sockets and pins had the more mundane purpose of CPU debugging and testing. Intel, for its part, remains silent on the topic repeatedly directing the press to board partners for further comment.

Now a report from Hardware.info citing German overclocker Roman Hartung, better known by the handle Der8auer, claims to have the answer to this mystery. Hartung modified his Gigabyte board (TPE: 2376) (Gigabyte does not currently utilize the socket in question on its respective boards for overclocking) to deliver power to the specific pins, and found out that post-modification higher uncore overclock speeds were indeed possible. 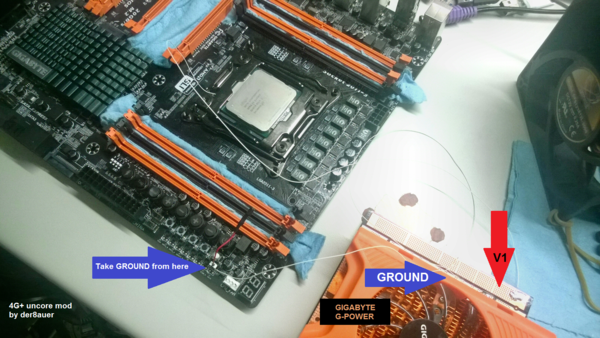 While its clear now that the potential use of this socket was not entirely a figment of the Asus marketing department’s imagination, Intel has yet to publicly give a definite answer on whether utilizing this socket for overclocking would void the CPU’s warranty.