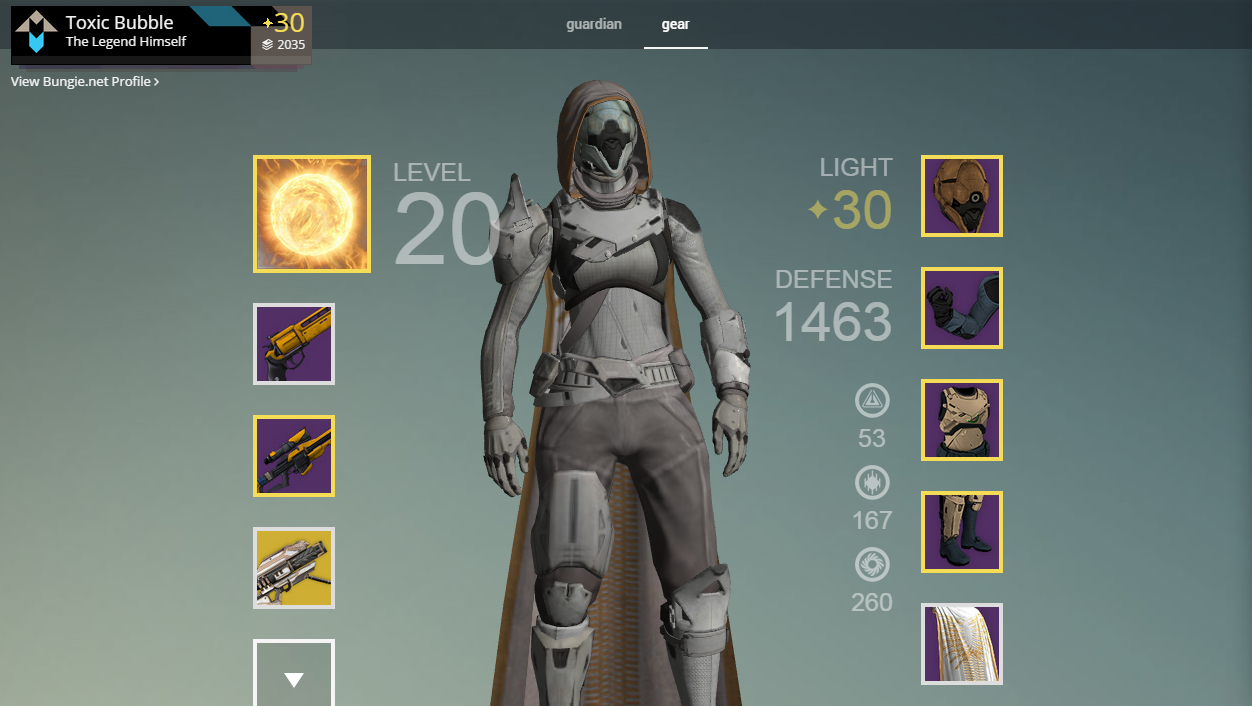 As part of their weekly update, Bungie spotlighted the heroism of a particular player who has completed the Vault of Glass raid no less than 26 times.

The Xbox One gamer goes by the handle Toxic Bubble, and has earned a special place of honor from the devs for holding the current record for most-completed raids. Bungie also affirms that the ardent raider has beaten the Vault of Glass across all three of his Guardians–all of which are Hunters.

“Allow us to introduce you to Toxic Bubble. This Hunter aficionado has reached the end of the Vault of Glass 25 times. Each of his three Guardians in Destiny has faced Atheon and lived to reap the rewards.

“There are more rare creatures out there with equally impressive statistics to share. We’ll unveil another one next week, and another one the week after.”

Destiny‘s Vault of Glass raid has become less arduous thanks to the plethora of walkthroughs and guides out there, and some gamers have even made an exact science out of efficient raiding.

Toxic Bubble might hold the record for raid completions, but one team of Guardians managed to beat the Vault of Glass in just 37 minutes. This speedrun is an impressive feat that any first-time raider can appreciate.

But when it first unlocked weeks ago, the Vault of Glass was an enigmatic and tedious bit of endgame content that led to night-long expenditures into Vex-laden depths.

In stepped Prime HQ, an elite clan of Guardians who became the first group in history to complete the raid, and shared their secrets to success with the entire community.

Bungie also discussed the possibility of matchmaking for the raid, but it doesn’t look very likely.

According to the devs, the raid is something that aims at bringing players together to take part in an epic riddle of sorts, and that matchmaking would somewhat sully that experience.

“The Raid was designed for solid teams of killers who have made a commitment to solve a dense and explosive riddle. Most of the raiding parties who have emerged victorious from the Vault of Glass have sworn that one weak link would have doomed their chain.

“There have been other stories, of course. We’ve heard tell of Guardians who met each other just outside the door that leads into that vault.

“Strange tales have reached our ears – tales of total strangers who have banded together to see the Raid all the way through to a triumphant finale.”

Bungie argues that raid teams are often comprised of Guardians who have worked and played together throughout the game, and that they know one another. Offering matchmaking certainly would make the raid more accessible, but it might jeopardize that innate “togetherness” that’s forged from hours of playtime with familiar teammates.

There are rumors circulating that Destiny‘s next raid will appear sometime in November, but for now we’ll have to stick to battling Aetheon in the challenging maelstrom that is the Vault of Glass.

Be sure to remember that raid rewards can only be earned once a week, but you’ll still get the experience of a lifetime and bragging rights by smacking down an army of Vex.