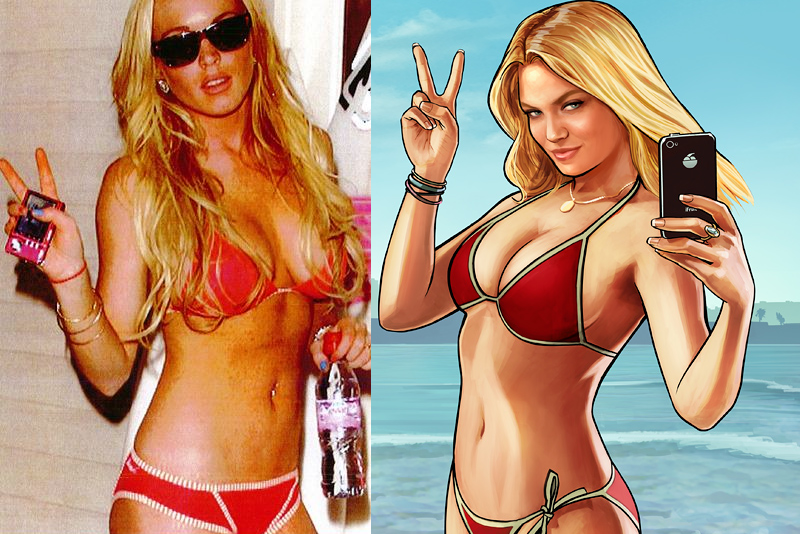 Lohan and her lawyers have taken a new tact in the case by submitting a lengthy 67-page document that explains how Take-Two profited from the actress’ depiction.

In the document, Lohan maintains that the GTA V celebrity character “Lacey Jonas” was indeed modeled around her, and says that Take-Two used a number of real-life photographs of the Mean Girls star to serve as visual reference for the fictional NPC.

The file reads that the publisher of GTA V “used a look-alike model to evoke [Lohan’s] persona and image” for the character, citing that Take-Two used a 2007 photograph of Lohan as the source for the image. 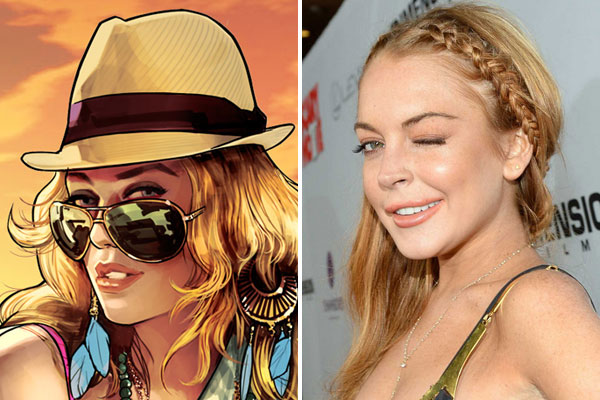 According to Lohan’s lawyers, Take-Two has gained tremendously from using the character to advertise the game.

The bikini-clad blonde known as Lacey Jonas is almost as iconic for GTA V as Trevor, Michael and Franklin, and is featured prevalently throughout the game’s advertisement campaign.

In accordance to the publisher’s massive multi-million dollar advertising campaign, Jonas’ svelte image can be found on the game’s discs, on buses, promotional posters, game expos and across a number of high-profile websites.

Lohan’s legal team further asserts that the company isn’t protected under “transformative fair use” due to the Take-Two’s financial stake in the game itself:

“The Defendants were in the business of selling games as opposed to artists displaying artwork in galleries for profit where unauthorized images or portraits of individuals were reproduced in limited editions as opposed to the mass production for commercial promotion and financial gain.”

Interestingly enough, Wikipedia says that “parody is transformative,” and that “repurposing a work to mock the work itself or the principles the work represents serves a very different purpose from that of the original work” is counted as transformative as well.

Considering GTA V is undoubtedly a parody on American culture–including Hollywood pop culture–this may hold ground, but in this context the “transformative” use is of a character or person, not a “work”.

In any case, it’ll be interesting to see how Take-Two responds this time around. They’ve previously said that Lohan’s lawsuit is a “bid for attention“, and they might have to take the case seriously based on this new argument.