Sports are a kind of culture, representations of how our civilization improved and developed throughout the millennia. It is also a contest of the human’s body’s strength and endurance, and these reasons are perhaps why sports remained strictly a contest of raw physical capability.

One committee however is determined to change all of this, or at least provide a brand new way for sports to be held and made. The Superhuman Sports Committee is a recently formed group that believes in the concept of transcending or exceeding the limits of the human body with the use of wearable technologies and body systems. These so called superhuman sports will be a mesh of technology and physical strength, to be the next step towards the future evolution of sports.

If you’re thinking of powered suits and high-tech balls and energy discs with this concept, then your idea is not really far off from what the committee wants to do. It specifically wants to focus on the idea of a “device-integrated human”, using physical enhancement suits to provide a level of play that overcomes the boundaries of current sports today.

While the concept of “breaking the human limits” this way may mean faster sprints and more agile movements for regular athletes, it also means giving everyone equal privilege to play the sport competitively. The committee stresses the importance of letting all people, at any age, at any social group, and regardless of physical build, to be able to play superhuman sports at an equal level. 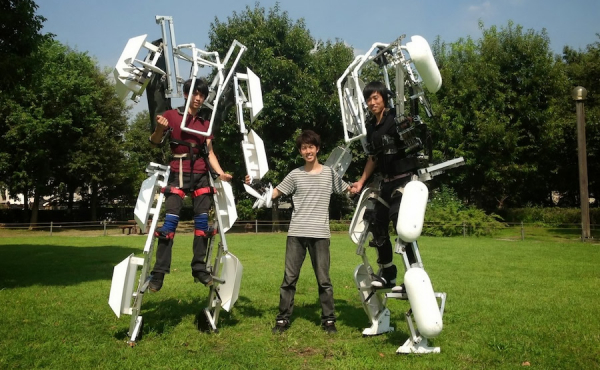 An enhanced Skeletonics Suit may be used for a superhuman sports event.

For example, a superhuman sports event that uses exoskeletal suits may allow people with smaller statures to enjoy the sport equally without worrying about their inherent physical disadvantages. This is especially more significant for those with permanent physical disabilities, who would normally fall under separate sports categories, and would have no chance to play against regular athletes at all.

Of course, with the level of play vastly increased for such superhuman sports events, new settings and rules would also have to be properly developed, and that is the current primary mission of the committee.

A kickoff meeting to discuss plans for the Superhuman Sports Committee will be held by the end of the week. The current goal is to provide an opening for the concept, a demonstration of the finalized idea, for the upcoming 2020 Olympics, which will be held in Tokyo, Japan.