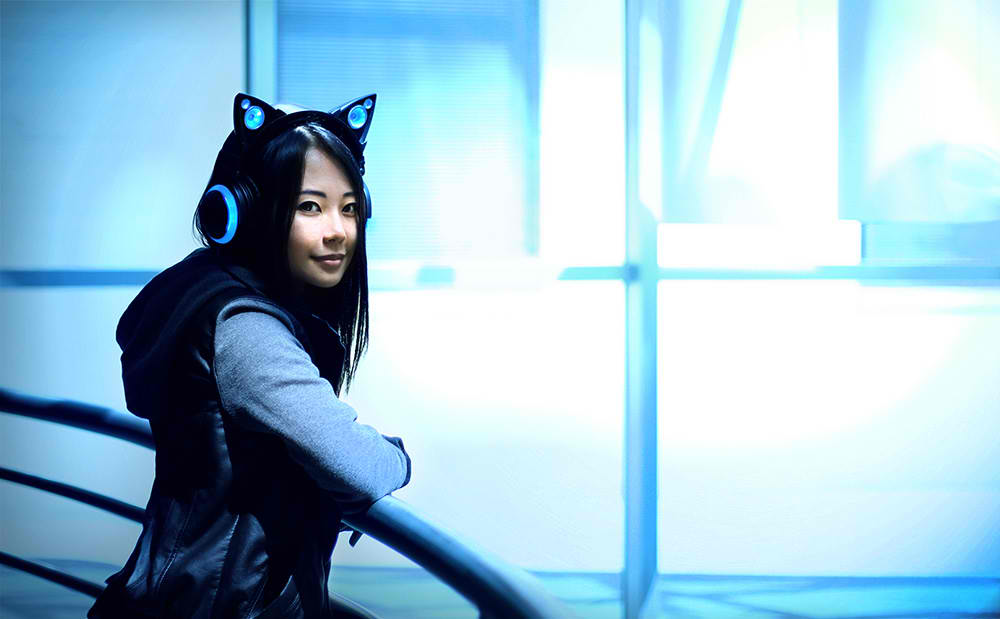 Earlier this June, one small concept was unveiled to the world that introduced a pair of unique and cute looking headphones. The name of that concept was Axent Wear, and today, it is now ready to turn into a project. In fact, this project looks like it is already highly successful before it even began.

Axent Wear was introduced by its developers as a ‘swag’ product that combines style, functionality and anime-inspired cuteness in one neat little package. The design is already pretty straightforward and self-explanatory, however being a concept at the time, no technical specs was actually released. Fast forward to October, and they have finally launched the idea as an Indiegogo project.

Axent Wear’s primary functions stay the same for the most part; it is still a standard headset that provides alternative sound output using its external speakers located at its cat-ears shaped part. The futuristic design is still there, though the developers have pointed out that it doesn’t operate as a single unit, and its other functions can be turned on or off independently. 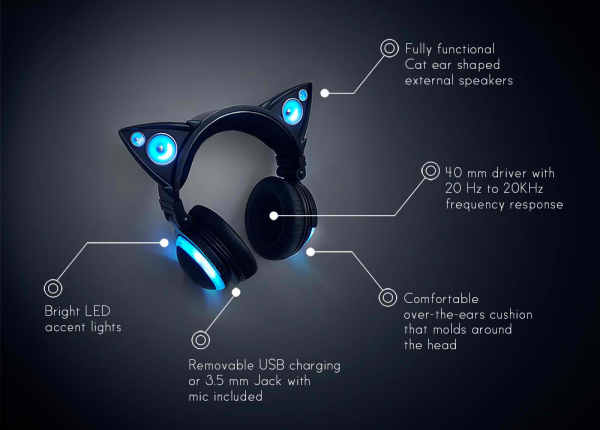 Pre-order notifications are now open at the Axent Wear official page. People who have been looking forward to owning a pair the last time can now browse most of the other previously left out details, which are neatly laid out in its own Indiegogo page.

Axent Wear headphones will be available in four primary (LED) colors: blue, red, purple, and green. If you’re interested to purchase one, a minimum of at least $150 is required to get a pair of Axent Wear headphones with the color of your choice. A “value pack” price of $575 will be needed if you want all four colors, with the price jacking up even higher for better customization packages.

Update: As of this article’s writing, almost $500,000 has been raised, or at least double the amount of the original goal.