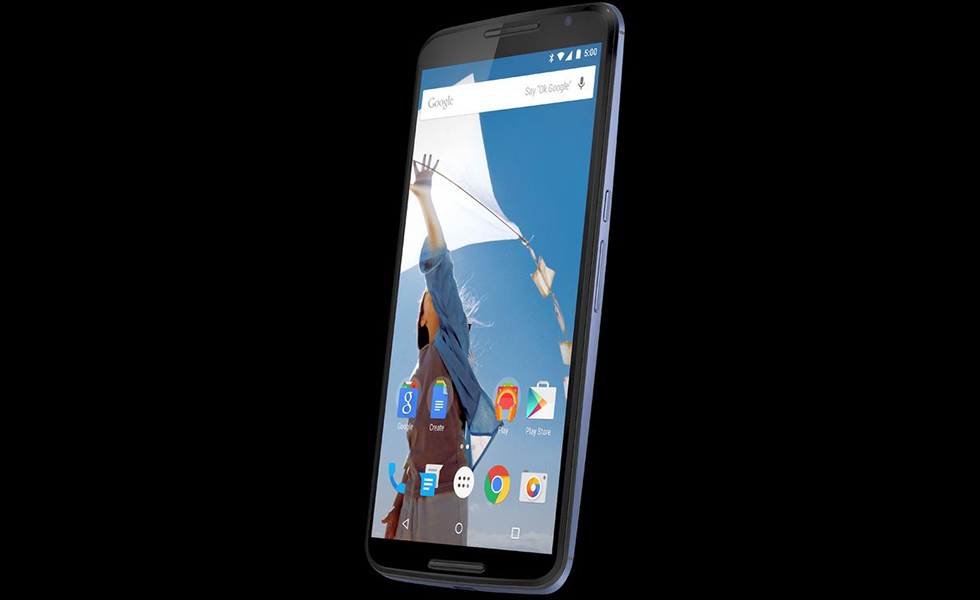 As many of you already know, the internet is abuzz with rumors of the new Nexus device. Originally, the rumor was that Google would not be making any more Nexus devices and then rumors started to surface of both a Nexus 6 and a Nexus 9. We’ve been lucky enough to have access to Nexus 9 information, but unfortunately Nexus 6 information is much more tightly held. The new Nexus 6 is going to be a roughly 6″ device which is expected to feature a 2560 x 1440 display along with a Qualcomm Snapdragon 805 SoC to power that additional GPU load expected from such a resolution. Thanks to Evan Blass, also known as Evleaks, we’ve got a leaked unwatermarked image of the Nexus 6.

What a depressing few days. I remember 1 thing that used to make me feel better, tho. No mark in deference to Nexus. pic.twitter.com/76zhSfu8rJ

Most other details are still fairly highly rumored, but the expectation is that it will launch alongside the Nexus 9 which is supposed to be unveiled this week. This would make sense because both devices are expected to run on Google’s new Android L release, which is rumored to be called Lollipop. Android L is expected to launch simultaneously with both devices and be available to Nexus users as well. To add fire to the Nexus 9 and Nexus 6 rumors, HTC employee and Senior Global Online Communications Manager Jeff Gordon made the following tweet:

Many commenters on the photo made an obvious observation, that the box was too big for any one phone, very likely indicating that he had probably received an HTC Nexus 9 ahead of the launch which is expected to come tomorrow. Many people believe, logically, that if the Nexus 9 is launching tomorrow that we could very likely see the Nexus 6 come along side it.

I would not say that with 100% certainty because we have not been told this by any of our sources, but it isn’t necessarily something crazy to assume. As such, we have no exact idea when the Nexus 6 is coming, but we do know it’ll be big and very powerful. In fact, many people believe that the Nexus 6 is too big for a phone (myself included) and that Google should also release a more reasonably sized version of the Nexus 6, say a Nexus 4.7″ (obviously not going to be the name). Either way, the Android Lollipop (?) release should be an exciting announcement on its own and perhaps Google believes that people wanting a smaller Nexus device might just stick to the Nexus 5 which should still perform quite well.