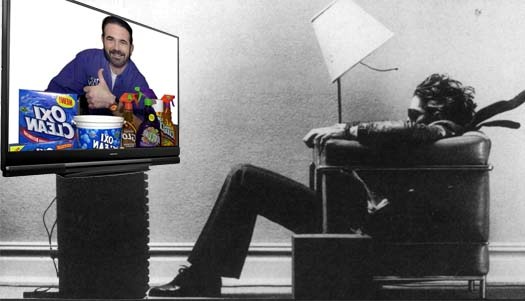 The end of loud commercials? Definitely worth an award.

The Advanced Television Systems Committee’s (ATSC) will be awarded a Primetime Emmy Engineering Award for their successful collaboration with industry groups to end the reign of really, really loud commercials on television.

The FCC, SMPTE, and other organizations already mandate “safe level” broadcast standards for both video and audio. However, some advertisers would use heavy audio level compression to achieve much higher perceived loudness and clarity while staying within the approved decibel limits.

This advertising practice became widely popular during the 2000’s, and when the US made its official switch to all-digital television broadcasting (DTV) in June 2009, it became even worse. Because digital audio signals are perceived on a different scale than analog, producers could push compression levels to its limits.

By that point, consumers were fed up.

Since the Commercial Advertisement Loudness Mitigation (CALM) Act passed Congress in 2009, and the POTUS signed it into law in December 2010, the ATSC A/85 Practice has “optimized the audience listening experience by eliminating wide variation of television loudness.”

When the FCC’s new rules implementing A/85 went into effect in December 2012, the Practice was also updated to improve education and guidance for measuring loudness of surround programming, in both multichannel and 2-channel downmixed formats.

The ATSC will be awarded the Emmy at the 2015 CES Show in Las Vegas.