Qualcomm (NASDAQ: QCOM) continues to push on the robotics front after announcing its microrover project powered by Snapdragon.

Its new initiative is to pump $1.2 million into a robotics acclerator, which will host 10 companies and be located at the company’s headquarters in San Diego, while being run by TechStars which was recently featured in Bright Side of News’* ROAD to ROCKI Blog Series. This is all done through Qualcomm’s own accelerator initiative which is ‘powered’ by TechStars who provides their expertise in running their own accelerator program where they seed companies with $118,000 in seed funding as well as knowledge, advice and expertise.

In order to enter into Qualcomm’s robotics accelerator, powered by TechStars, you will need to fill out an application and then make sure you apply by February 22nd, 2015 at which point you will hear back from Qualcomm’s accelerator between then and May 26th, which is when the 16 week (4 month) accelerator program begins.

The program will end September 15th, 2015 and the ten companies that participated in the accelerator will then be out of the program and hopefully sealing up more funding and or releasing their products into the wild. Do keep in mind, however, that Qualcomm will take a 6% stake in the companies that participate in this program so there is something in it for them as well, especially if they can help make these robotics startups successful. They obviously don’t have the money that Google does, so they can’t just start going around and buying robotics companies left and right. So, they’re trying to do the next best thing and help foster new robotics companies that will very likely utilize their processors and wireless technologies in ways that will help Qualcomm ship more processors and hopefully improve the world as well. 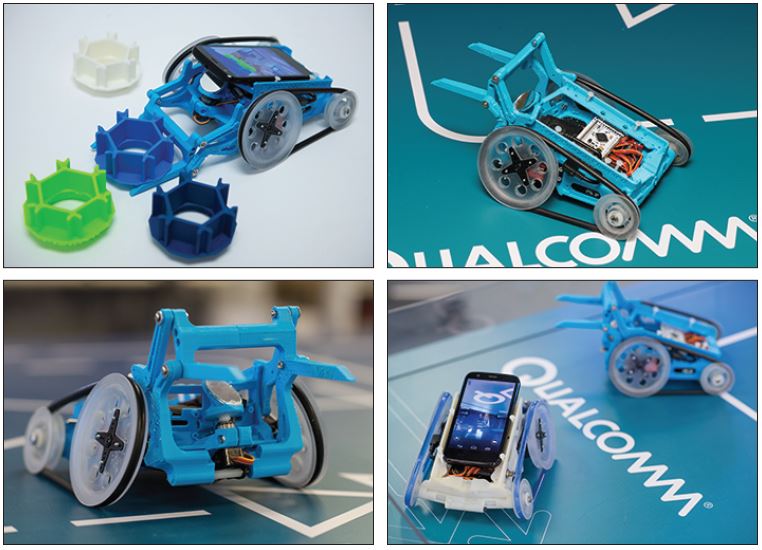 The great thing about this program that Qualcomm is doing is that they could potentially help spark yet another large technology industry for San Diego in addition to the defense technology, biotech and wireless industries that San Diego already calls its own. The addition of a robotics industry could be huge for both Qualcomm and San Diego, as it could bring more very highly skilled jobs to the region and a potentially very high growth industry in the future.