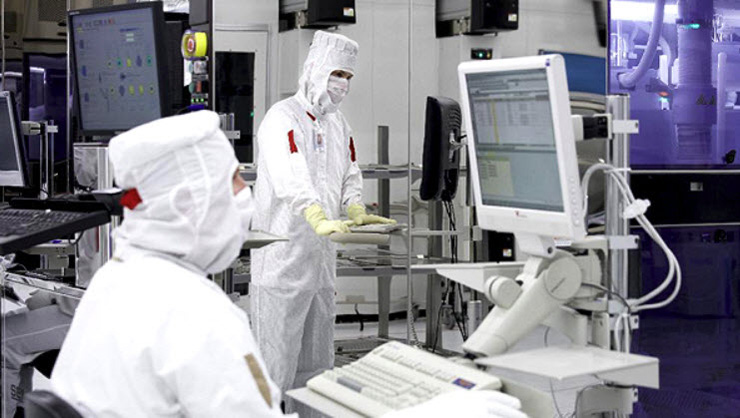 GlobalFoundries technicians work in a cleanroom

Over the weekend, IBM (NYSE:IBM) posted a statement that it would be making a “major business announcement” this Monday, during which the company will also make its third quarter earnings report before the market opens.

There have been earlier speculations that this announcement could pertain to a deal with GlobalFoundries, as IBM had been courting the semiconductor foundry to take over its chipmaking division. Insider sources cited by Bloomberg basically confirm this, saying that IBM has agreed to pay GlobalFoundries $1.5 billion to take over its unprofitable chip manufacturing operations.

As part of the deal, IBM will also reportedly receive $200 million in assets, bringing the net cost to $1.3 billion. According to the sources, GlobalFoundries is keen on IBM’s intellectual property and engineering talent rather than just the manufacturing facilities. This will be particularly essential to GlobalFoundries’ business, in view of the increasing miniaturization of the chipmaking process.

Under the deal, GlobalFoundries will produce Power processors over a period of 10 years. IBM will pay the $1.5 billion over the course of three years.

IBM has long been courting GlobalFoundries to take on its chipmaking division, which has been largely unprofitable over the past few years, given the dominance of companies like Intel, Samsung and Qualcomm in the server, desktop and mobile chip business. IBM’s micro-electronics business accounts for only 2 percent of the company’s revenue, although this division contributes to as much as $1.5 billion in annual losses. Given this, the company has reportedly made earlier proposals to off-load its chipmaking division. GlobalFoundries was named as a prospect earlier this year, as the two companies already have dealings as part of a joint venture. However, IBM’s $1 billion offer did not match GlobalFoundries’ $2 billion asking price, sources say.

Still, the company will not abandon its involvement in chip design altogether, as it still reportedly plans to maintain control over the design and intellectual property of the chips it will use.

The $1.5 billion price tag is seen to be a financial win for IBM, as it announces its Q3 2014 earnings later today.  The company is expected to hold its earnings conference call 7 a.m. New York time, before market opens. With its “major business announcement”, the company will be mitigating the $1.5 billion annual loss and will instead reduce this to about $500 million a year for the next three years — a move that will improve its bottom line.

IBM’s revenues are projected to fall for the 10th straight quarter this Q3 2014. As of the same period last year, earnings-per-share was at $3.99. EPS at 2Q 2014 was at $4.32, and analysts expect the same level this period. Will this be the start of a turnaround for IBM? Off-loading a poorly-performing division might be a good start.