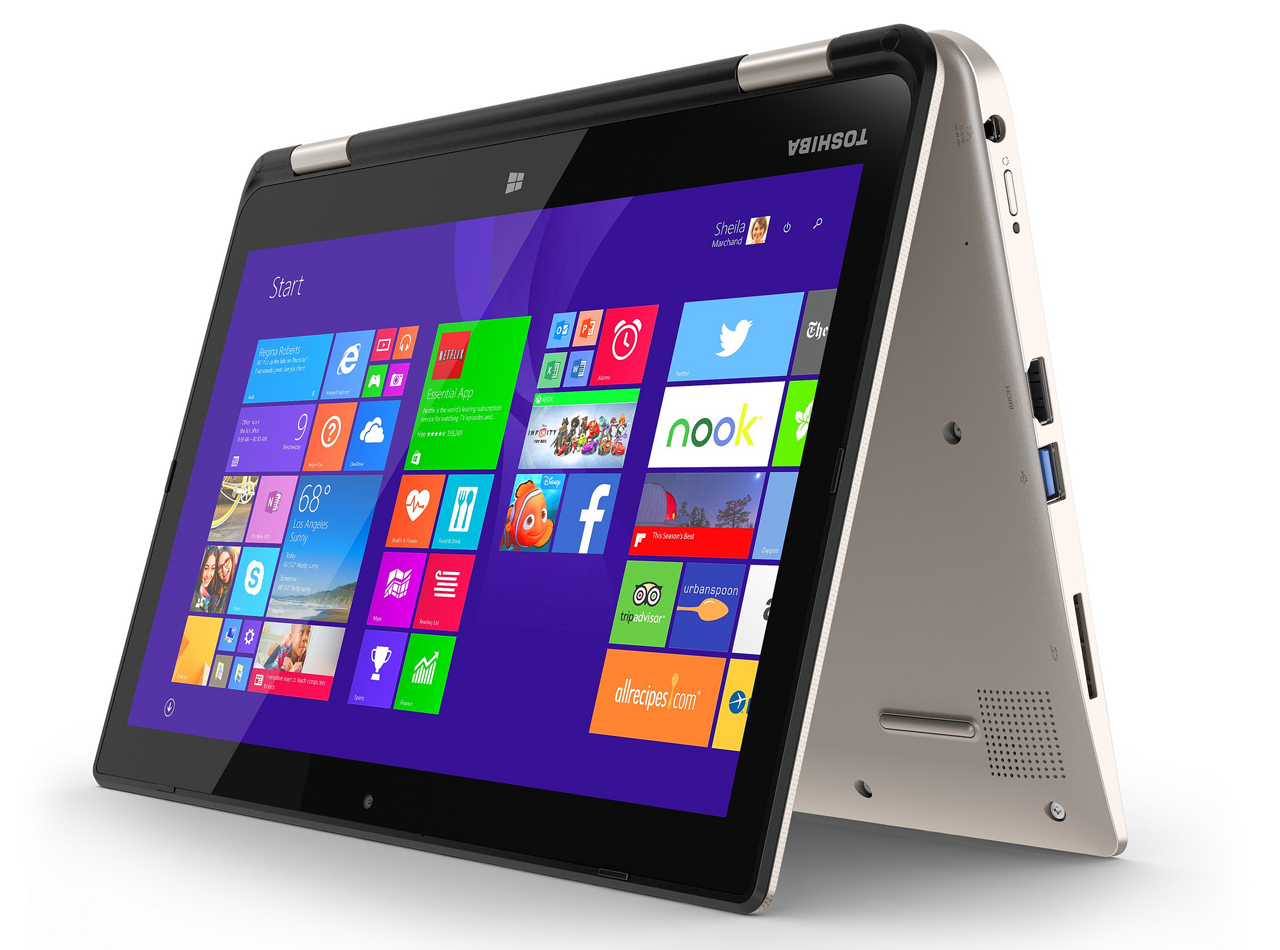 After launching a full-HD Chromebook earlier this year, Toshiba (TYO:6502) is once again targeting the entry-level segment with the launch of the Satellite Radius 11, a convertible notebook featuring a 360-degree hinge.

Weighing in at 2.9 pounds, the Satellite Radius 11 comes with an 11.6-inch screen with a resolution of 1366 x 768, Intel Celeron CPU, up to 4 GB RAM, 32GB of flash storage or a mechanical 500GB hard drive and Windows 8.1. The low TDP CPU means that the convertible notebook features a fanless design.

The two-axis hinge allows the notebook to be used in various different configurations that include Laptop, Tablet, Tabletop, Presentation, and Audience modes. When in tablet mode, the keyboard automatically locks to prevent any accidental key presses when holding the notebook. The hinge utility is similar to what Lenovo (HKG: 0992) has offered with its Yoga line and more recently, the Flex 2 notebook. Once filled with dreary notebooks, the entry-level segment is now full of well-designed offerings that feature much better hardware than what was considered the norm even until a year ago. Most of it has to do with increasing competition and the fact that the high-end notebook segment has plateaued of late.

The Satellite Radius 11 is coated with what Toshiba calls “trendy patterned light gold finish”, and there’s also an HD webcam at the front that facilitates video calls. As for connectivity, the convertible has one USB 3.0 port, one USB 2.0 port, one HDMI and an SD card reader. Not the best hardware in the world, but for $330, it is a viable contender if you’re looking for a multi-touch notebook with decent hardware. The Satellite Radius 11 will go on sale starting this weekend.

For users looking for a machine with more grunt, Toshiba sells a variant of the Satellite Radius that features a 15.6-inch screen and Intel Core i5 CPU, although that model retails for around $900. Although for that mount, there are lots of other notebooks that offer more in terms of features.