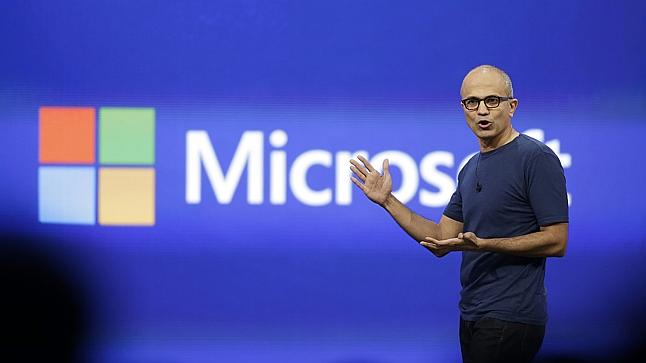 According to the report, Microsoft’s profit decline during this period is largely due to $1.14 billion integration and restructuring expense related to the acquisition of Nokia’s (HEL:NOK1V) mobile phone and services division.

This quarter showcases strong performance by several divisions, however. First is Surface, which is Microsoft’s Windows-powered tablet aimed at both enterprise and consumer markets. Surface revenue was at $908 million this quarter, up 127% from the same period in FY 2014. According to the the report, margins from the sale of surface tablets are positive this quarter, meaning the company is starting to earn profits from its tablets, a contrast to previous periods in which it focused on growing sales figures first.

“The product line up is the right one and customers are responding favorably,” said CEO Satya Nadella in an earnings conference call. “We’re seeing strong interest from students, professionals and increasingly enterprises who are replacing their laptops and tablets with Surface Pro 3 for their productivity needs,” said CFO Amy Hood during the same discussion.

Microsoft’s big cloud push continues to pay off, with commercial cloud revenue growing 128% during this period. Commercial revenue grew 10% to $12.28 billion, including Office 365, Server products, Productivity solutions and Windows volume licensing. In terms of Microsoft’s own use of its cloud platform, Nadella says it drives economies of scale for the company. “[T]hink of Azure as the common fabric of all our applications,” said Nadella in the conference call. He further cites that 80% of Fortune 500 companies now use Microsoft’s cloud platform.

Gaming is also seen as a strong performer. Microsoft says 2.4 million Xbox consoles were sold during the quarter — an increase of 118% over the previous quarter. This can be attributed to cheaper devices sales due to the unbundling of the Kinect accessory, as well as the lower price of the Xbox One. The Xbox’s entry into China — a market that previously banned gaming consoles — also helped in this regard.

“[G]aming is an important category that will drive additive business value for Microsoft,” said Nadella. “It is the single biggest digital live category measured in both time and money spent across devices of all type.” He said the company expects the acquisition of Mojang and its popular Minecraft title to extend Microsoft’s community and ecosystem across multiple platforms. In addition, Microsoft derives development value from games, which extends to its enterprise and productivity offerings. “The reason we’re why we’re so competitive now in Cortana and speech recognition, which I think is core to productivity, first started with Kinect and Xbox,” added Nadella.

Back on track with PCs?

Device and Consumer Licensing was down 8.7%, however, reflecting a continuing industry-wide decline in PC sales, relative to mobile devices. OEM revenues have declined only by 2%, however, signifying that the decline in sales of desktop PCs and laptops may finally be slowing down. Also, Microsoft says the number of licenses actually grew, although this is driven by cheaper price-point licenses, such as the zero-cost Windows 8 with Bing. It is the same case with Windows Phone revenue, with a 46% decline. Microsoft cites the decline in IP licensing from lower-royalty devices.

Microsoft is optimistic that with enterprise PC refresh cycles, and the discontinuation of Windows XP, that businesses will start upgrading within the fiscal year. “We expect the ongoing business PC refresh cycle to continue, said Hood. “We expect that the consumer PC market will remain stable with many of the same dynamics we saw on Q1.”

Revenue for the succeeding quarter of the fiscal year is expected to be at $25.1 billion to $26.2 billion, which will be largely driven by sales increases in devices and games during the holiday season.