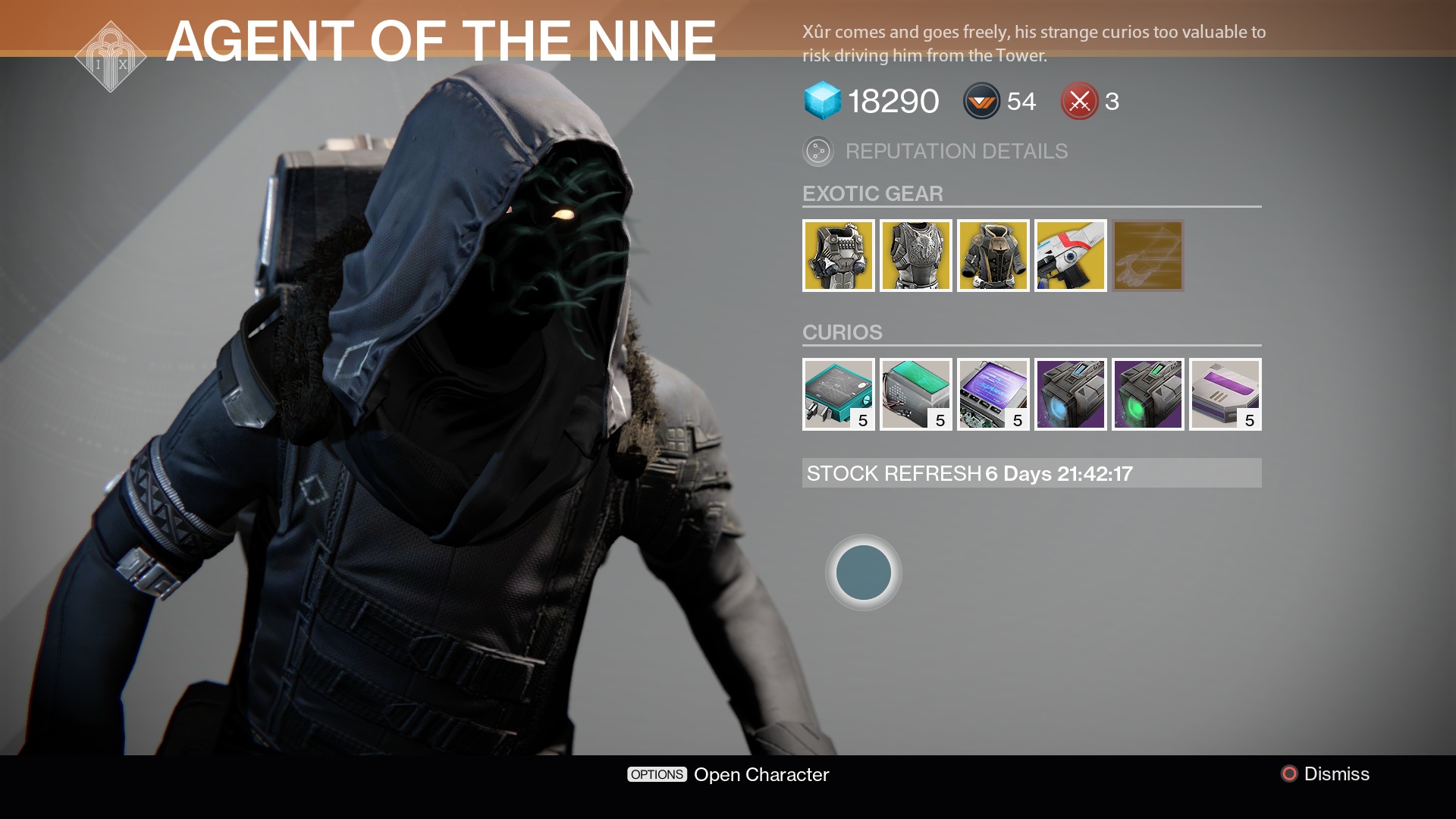 Get your Strange Coins ready: Xur, Agent of the Nine has been spotted in the Tower with a whole new wave of Exotic goods for eager Guardians.

For Week 7 in Destiny (starting October 24) Xur can be found in the Tower’s lower level in the Hall of Guardians, near the Titan, Warlock and Hunter vanguards.

Below we have a breakdown of the items he’s selling and their respective costs. 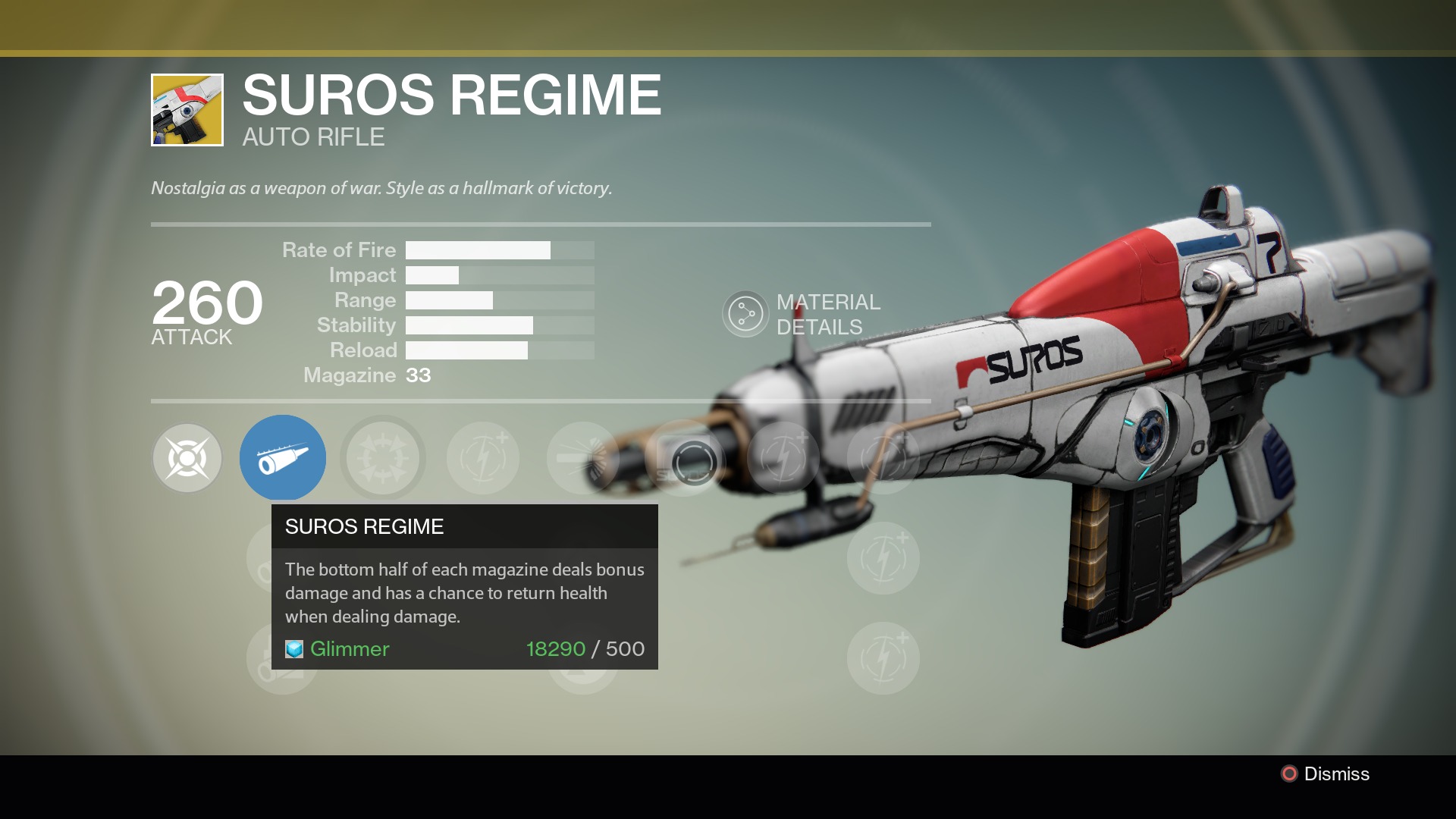 “Nostalgia as a weapon of war. Style as a hallmark of victory.” 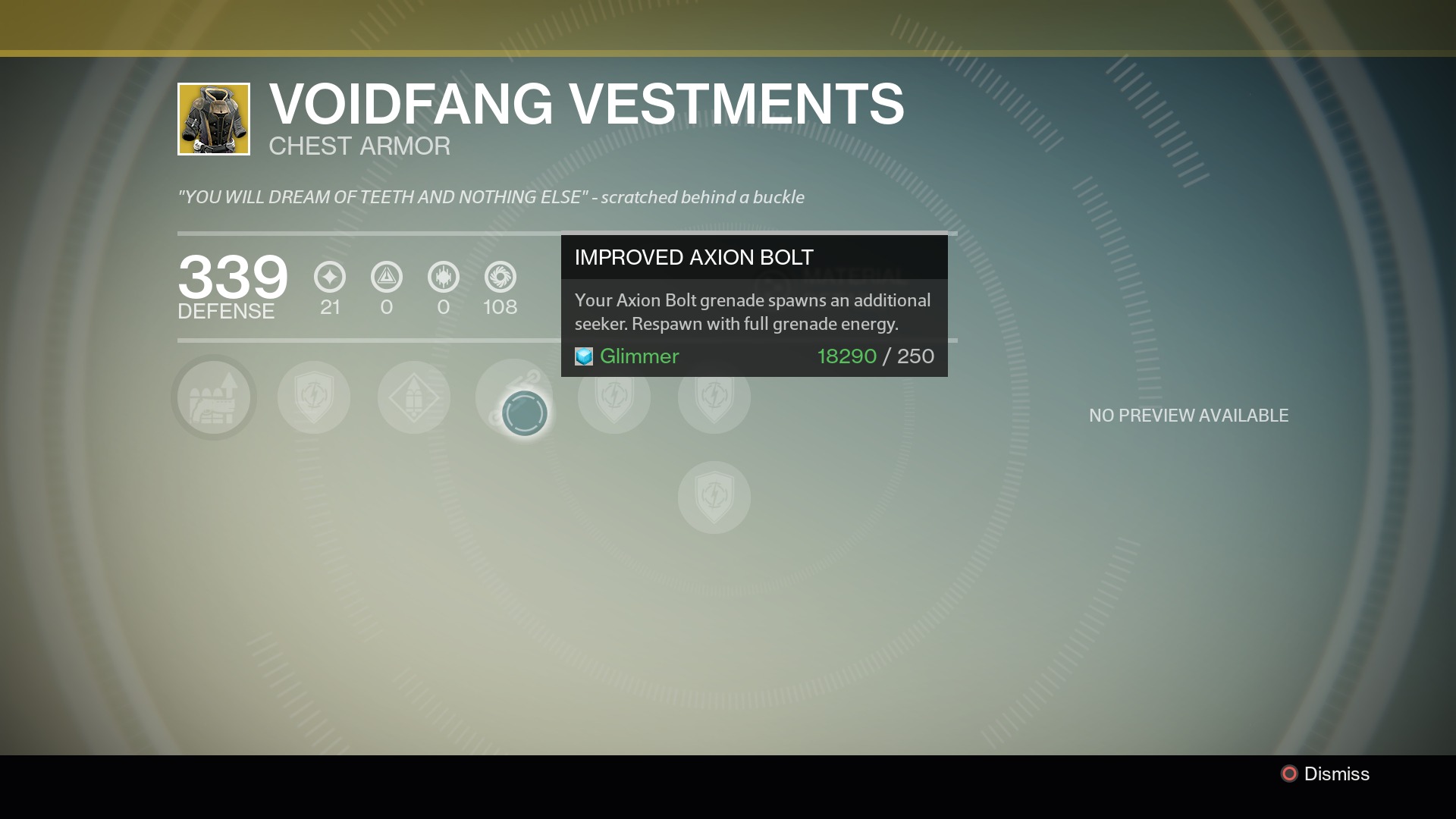 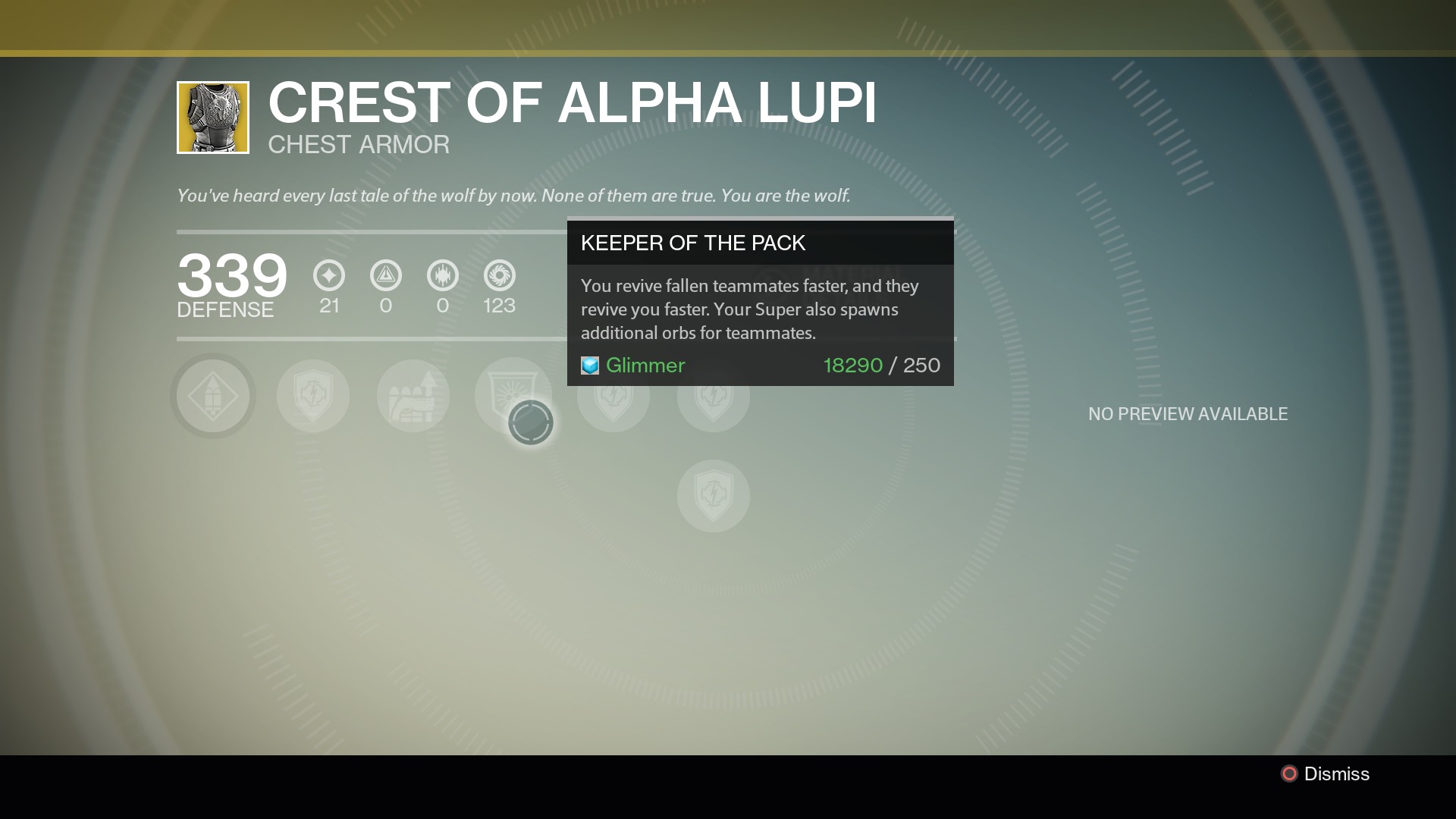 “You’ve heard every last tale of the wolf by now. None of them are true. You are the wolf.” 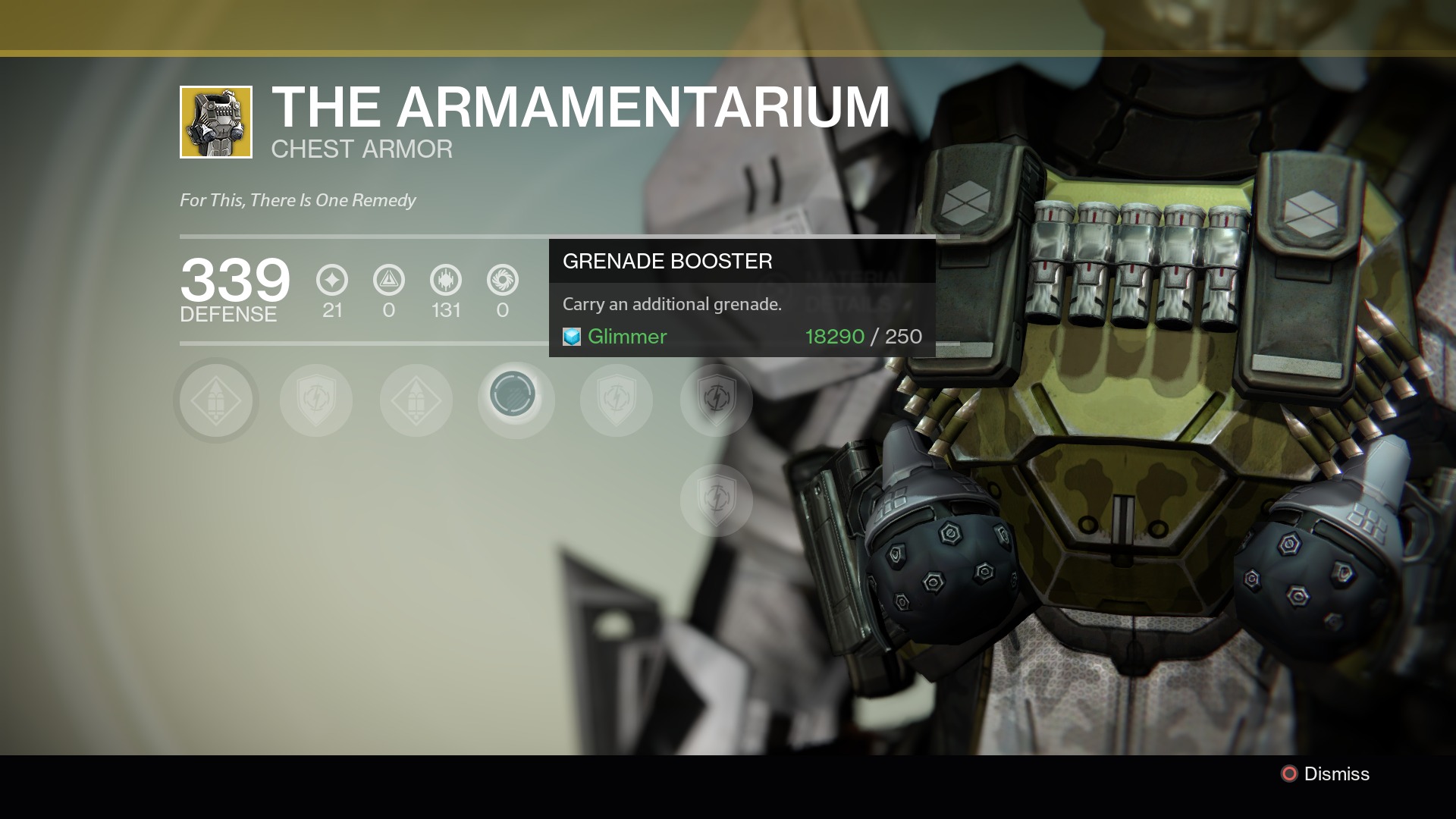 While Xur does have some interesting goodies for various classes, I think that most Guardians already have their optimum setup. Seeing as you can only have one Exotic armor piece equipped at a time, I’m assuming most Sunsinger Warlocks aren’t about to pass up their blessed Sunbreakers in favor of the Voidfang Vestments.

The same goes for Gunslinger Hunters with their Exotic Achlyophage Symbiote helm, which gives them an extra shot with their Golden Gun ability.

The Armamentarium is a great piece of armor for Titans, but personally I find my Helm of Saint-14 to be a great asset for Defenders, as it blinds anyone who enters my bubble shield. 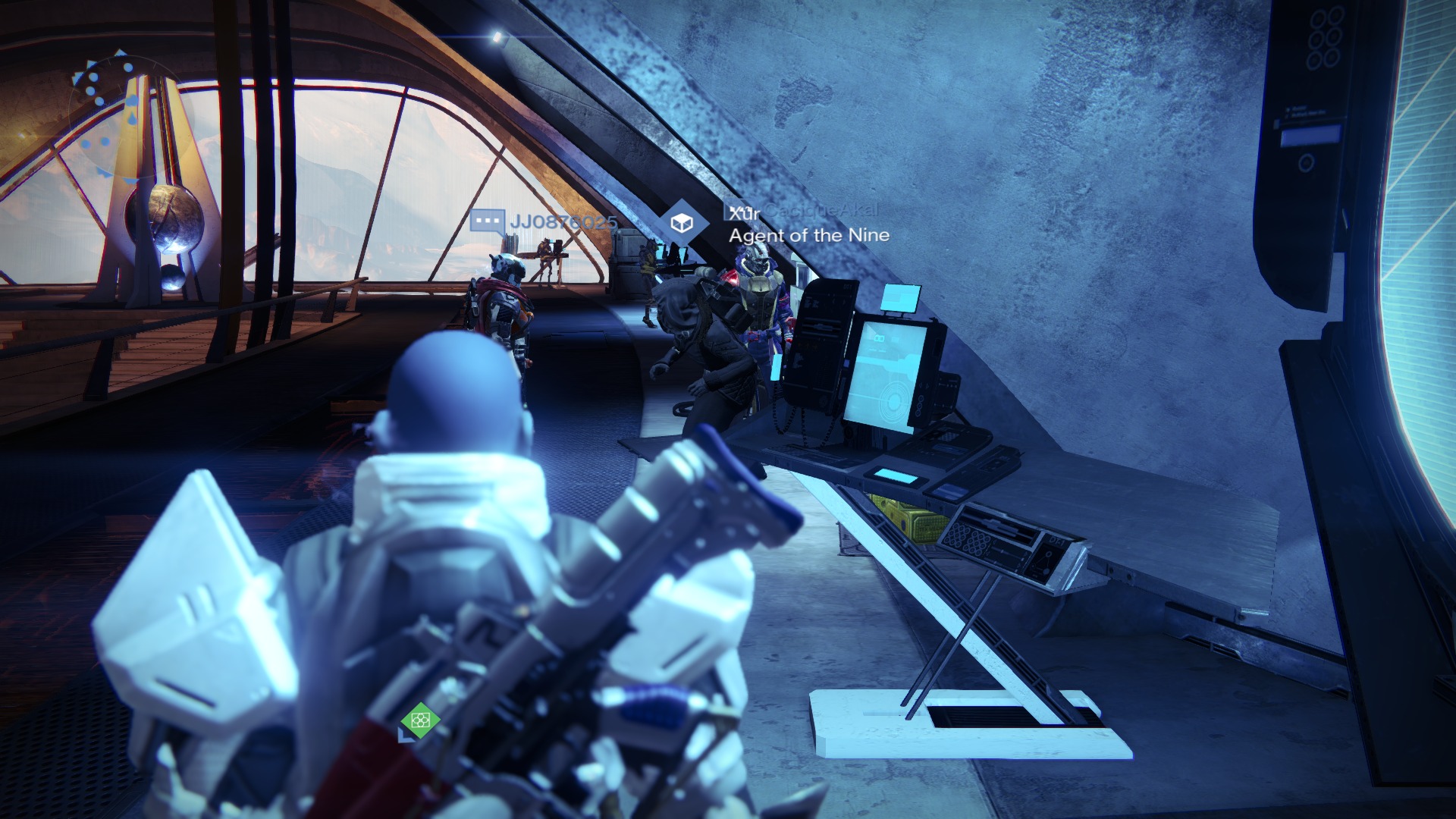 For Week 7 (Oct. 24) Xur can be found in the Hall of Guardians by the Titan, Warlock and Hunter vanguards.

I’m a bit bummed that the incredibly potent Ice Breaker sniper rifle didn’t make a comeback. I missed out on picking it up in favor of the Titan helm, and have been avidly scouting Xur’s wares ever since. If you ever see it in his inventory, pick it up post-haste. It’s an amazing firearm–and it shoots fire.

I think that the Suros Regime will be the most-purchased item in Xur’s current inventory, even if it’s a bit steep. It’s mod–which effectively gives you life leech and bonus damage–is impeccable for PVE and PVP.

Remember, the best ways to get Strange Coins are the Weekly Heroic/Nightfall missions on Level 28, as well as the Vault of Glass Raid. Progress on both activities reset every week on Tuesday, so get your fill and start up a party before Xur’s items are gone. That is if you’re eyeing the Suros Regime like I am.