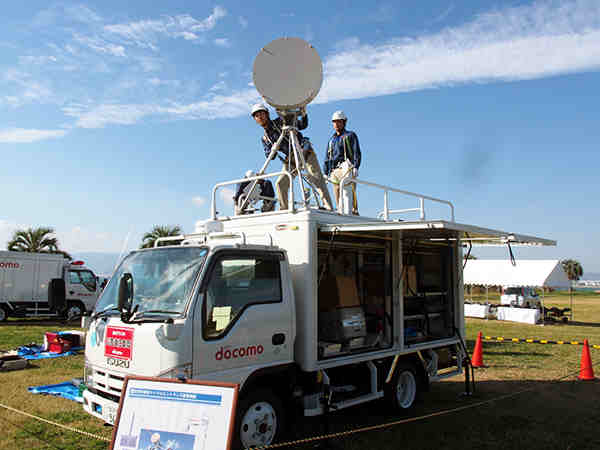 We all know Japan’s long term relationship with earthquakes, as well as the constant threat of Mother Nature’s ruthless destruction in this North East Asian archipelago. Its vigilant citizens always know that at any time, any natural calamity or disaster could have rippling effects over any of their technology-based infrastructure.

NTT DoCoMo (TYO:9437), sensing the urgent need to address this problem further as telecom networks become increasingly advanced, laid out the foundation of what the company considers as its latest anti-earthquake preparation strategy. In a press conference that was held earlier this week, NTT Docomo Kansai branch introduced the concept using “wide zone type” base stations, as well as a zoning system that would allow the entire telecommunications network to quickly change or alter broadcast signals to compensate for areas that will be affected by any natural calamity.

All in all, there will be a total of 104 base stations around the country that would be modified and tested for the new system. The entire Kansai region has 14 of these base stations, which are already strategically selected based on the previously mentioned criteria.

In addition to boosting the redundancy and reliability of base stations around the country, the company also plans to deploy mobile base stations, which would use both microwave and satellite transmission systems to patch any broken network system. The IPSTAR satellite, which proved very useful during the 2011 Touhoku earthquake disaster, will be redeployed again as an emergency telecommunications medium for the emergency service. This part of the initiative would even include the use of millimeter wavelength frequencies, since the base stations can be moved easily to be redirected straight onto any receiving network.

Lastly, NTT Docomo also plans to prepare for any natural calamity that will be caused (sooner or later) by the Nankai Trough, a deep submarine trough located off the south western coast of the Honshu mainland. Additional modifications to the original strategy might be done depending on the result of the analysis and simulation tests of the area.