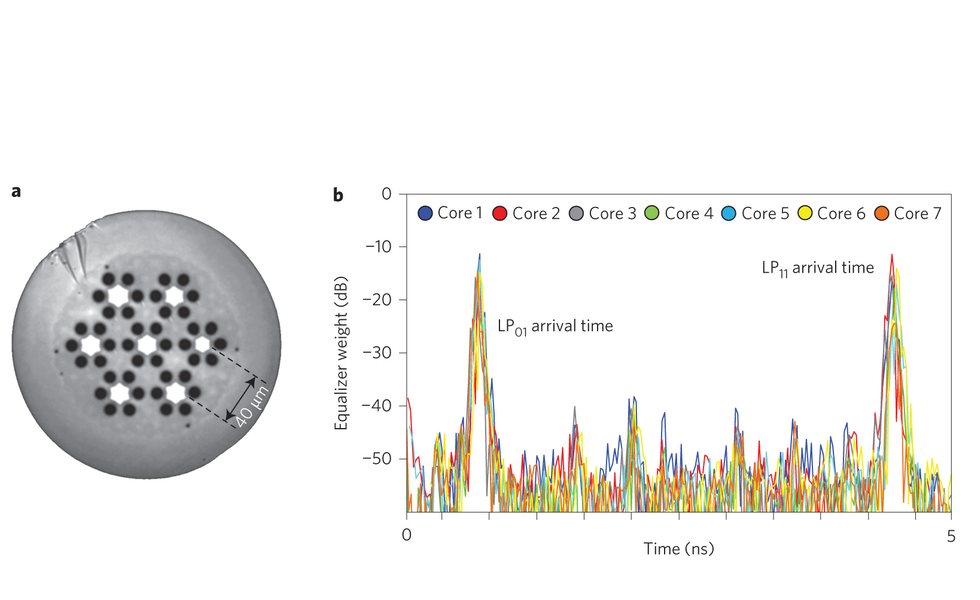 Researchers at the Eindhoven University of Technology (TU/e) and University of Central Florida (CREOL) have partnered together to publish a new photonics research paper with their findings about fiberoptic data communications. They have published their findings in the scientific journal, Nature, which can be found here with an excerpt and can be purchased for $32. The world of photonics is an absolutely fascinating one, especially when you start to think about all of the possibilities that simple light can create.

The researchers between these two universities partnered up together to create a fiber optic cable capable of speeds up to 255 Tbit/s which translates to 31.8 TB/s of data transfer or about 32 TB/s, which amounts to basically all of the internet traffic currently being sent across all of the world’s networks at any given moment. This technology is far from being utilized in a commercial application, but the scientists have already managed to achieve a 1km long transmission of this cable at the expected speed, which is amazing on its own. Here’s an infographic from Intel last year that shows you how much data gets transferred across the internet in just 60 seconds. 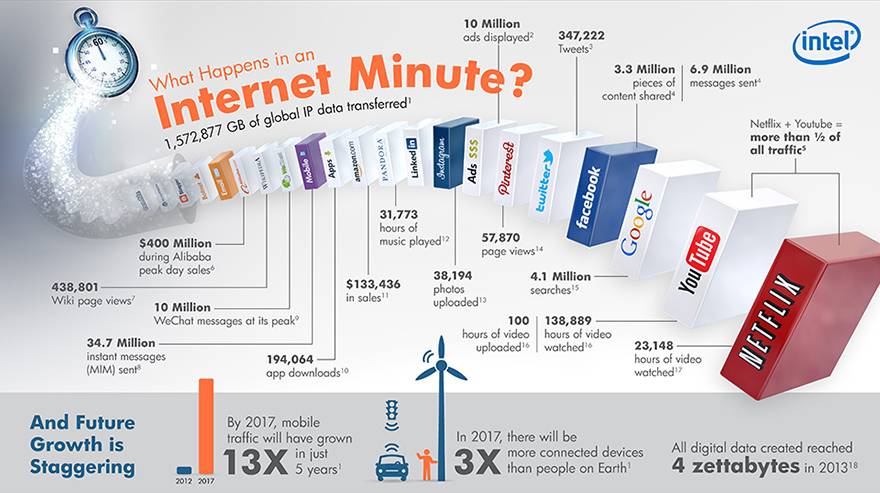 This is all possible thanks to the fact that this fiber optic cable uses multi-mode fiber, which allows for multiple ‘cores’ of fiber strand to operate in tandem with each other. As a net result, with 50 different channels and delivering 5.1 Tbit/s per channel (or color of light), the single cable with multiple cores and switching capabilities delivers 255 Tbit/s or the previously stated 31.8 TB/s.