AMD (NASDAQ:AMD) announced late yesterday that Forrest Norrod, formerly Dell’s VP & GM for Server Platforms would be joining the company to take Lisa Su’s position which she had left vacant after ascending to the position of CEO. That puts him in charge of AMD’s entire Enterprise, Embedded and Semi-Custom business unit (EESC) as well as managing all aspects of strategy, business management, engineering, and sales for AMD’s EESC business.

Forrest Norrod comes from over 10 years of working at Dell and having valuable enterprise and server experience, where AMD needs it most. What will be interesting to see is how he will help shape AMD’s future enterprise and server businesses in ways that will set them up for success, because as it stands right now they are in an awful place in terms of server market share and overall sales. Thankfully for Norrod, AMD is already building ARM server chips and shipping them to customers and is working on new ARM and x86 core IP as well, which should give him and his team even more ammunition, come 2016. 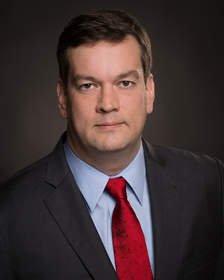 The truth is that Norrod has a long road ahead of him and there’s no doubt that he’s a qualified person for the job, it also may result in AMD having a closer relationship with Dell and getting more AMD products inside of Dell’s own servers.

After all, AMD currently has quite a good relationship with HP, but that hasn’t been enough to get them serious amounts of enterprise design wins to the point where they could actually gain some market share. It is going to be a very big uphill climb, but it really seems like Su has picked the right man for the job and now we just have to see where it will go from here.

“Forrest is an industry veteran whose strong track record of establishing and growing businesses strengthens our leadership team. Forrest’s unique combination of engineering,” Su said in a press release about the new hire. “Business management and technical expertise at both the chip and system level make him ideally suited to lead AMD into an expanded set of markets where our differentiated technology assets provide a competitive advantage.”