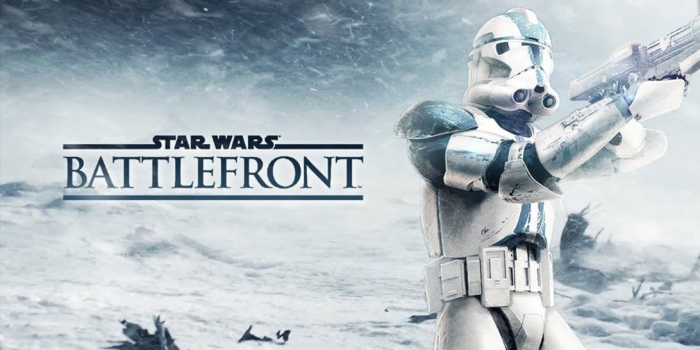 Star Wars: Battlefront will be releasing in holiday 2015 and Battlefield 5 will be coming in 2016, Electronic Arts (NASDAQ: EA) has revealed today.

May the Force be with you: Star Wars Battlefront will release for Holiday 2015.

Instead of being a third-person shooter, however, the new Battlefront game will be a first-person shooter. It’s currently being developed by longtime Battlefield-crafter DICE studios.

EA CEO Andrew Wilson confirmed the news in a recent investor’s call, with an formal announcement being made on Twitter. The call also affirmed EA’s tradition of releasing annual AAA FPS titles.

Since Battlefront is releasing holiday 2015, Battlefield 5 won’t hit until at least 2016–a move that fits right in line with EA’s planned AAA strategy.

“This (strategy) allows us to have a major first-person shooter title each year,” the EA exec said in the call.

So far Battlefield 5 details are scarce, and we probably won’t learn anything new until next year unless the info gets leaked. At this point it’s not confirmed if DICE will be taking the development mantle for the game, as they skipped over Hardline to tackle Battlefront.

Battlefront, however, is more well-known, and was officially revealed at this year’s E3 (see trailer above). We also have an official description for the upcoming Star Wars shooter straight from DICE that sheds more light on what to expect in the game:

“Fight in epic Star Wars battles on iconic planets and rise through the ranks playing as the heroic Rebellion or the evil galactic Empire.

“Whether fighting through blaster-wielding troops, or piloting your favorite Star Wars combat vehicles like snowspeeders, speeder bikes, and AT–ST’s – Star Wars Battlefront puts you at the center of the galactic conflict!”

EA has also confirmed Battlefield: Hardline for a March 2015 launch following delays earlier in the year. The publisher affirms that the delays will give the studio time to refine the cops-and-robbers shooter to ensure a smooth launch.