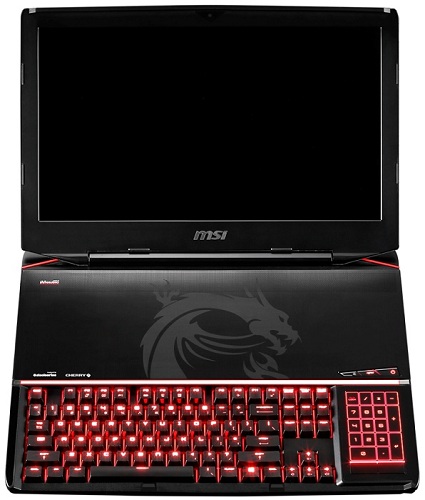 Today info on the GT80 Titan was leaked on the French website Cowcotland.  The GT80 is an 18 inch portable notebook with a mechanical keyboard employing Cherry MX Brown switches, which would likely be an industry first.

The details are few, but what is known is that this info was leaked today and that MSI (TPE:2377) can’t comment yet since it has not been officially announced.  The other big news about the GT80 Titan is that the notebook will come with Chery MX Brown switches, as they are loved by gamers worldwide.  The specs two specs that were claimed were that the notebook will have a weight of 4.5Kg and a thickness of 49.1mm.  This indeed will be more of a portable desktop replacement than a laptop computer.  Another thing setting this apart from most other notebooks is that the touchpad will be to the right of the keyboard, and serving as the numeric keypad when needed. This way the keyboard is more like a standard mechanical keyboard instead of being set back into the chassis a ways.  It is said that the notebook should be easy to upgrade underneath the area behind the keyboard.

The really special thing that they are speculating about is that this is likely to have GTX 980M, and possibly have the option for SLI, which would make this an insanely powerful portable computer.  As was stated earlier, this is just speculation for now, but the notebook sure would have more than ample room for such a configuration.  One thing that is likely possible is that the graphics will be upgradable since MSI is introducing this feature with the GT72 Gaming notebook.  These will be GPUs that are available from MSI that will keep the notebook up to date with the coming generations of GPUs, thus protecting an investment is such a notebook.

When there is more info on the GT80 Titan we will be sure to cover it. 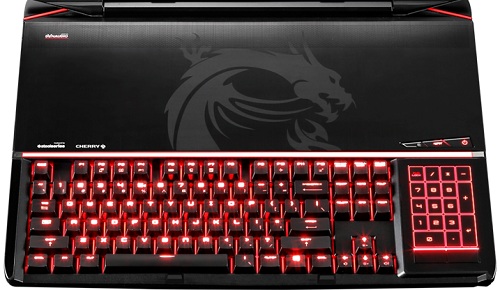