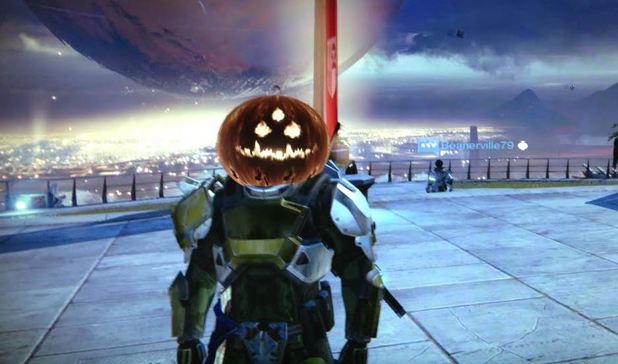 Destiny‘s new update brings with it a slew of goodies to celebrate All Hallow’s Eve, including a pumpkinhead helm that Jack Skellington might be jealous of.

To grab your treats fly to the Tower and talk shop with the Postmaster, who has a festive parcel just for you. The present grants three curious consumables called jackolytes, which do something quite special. 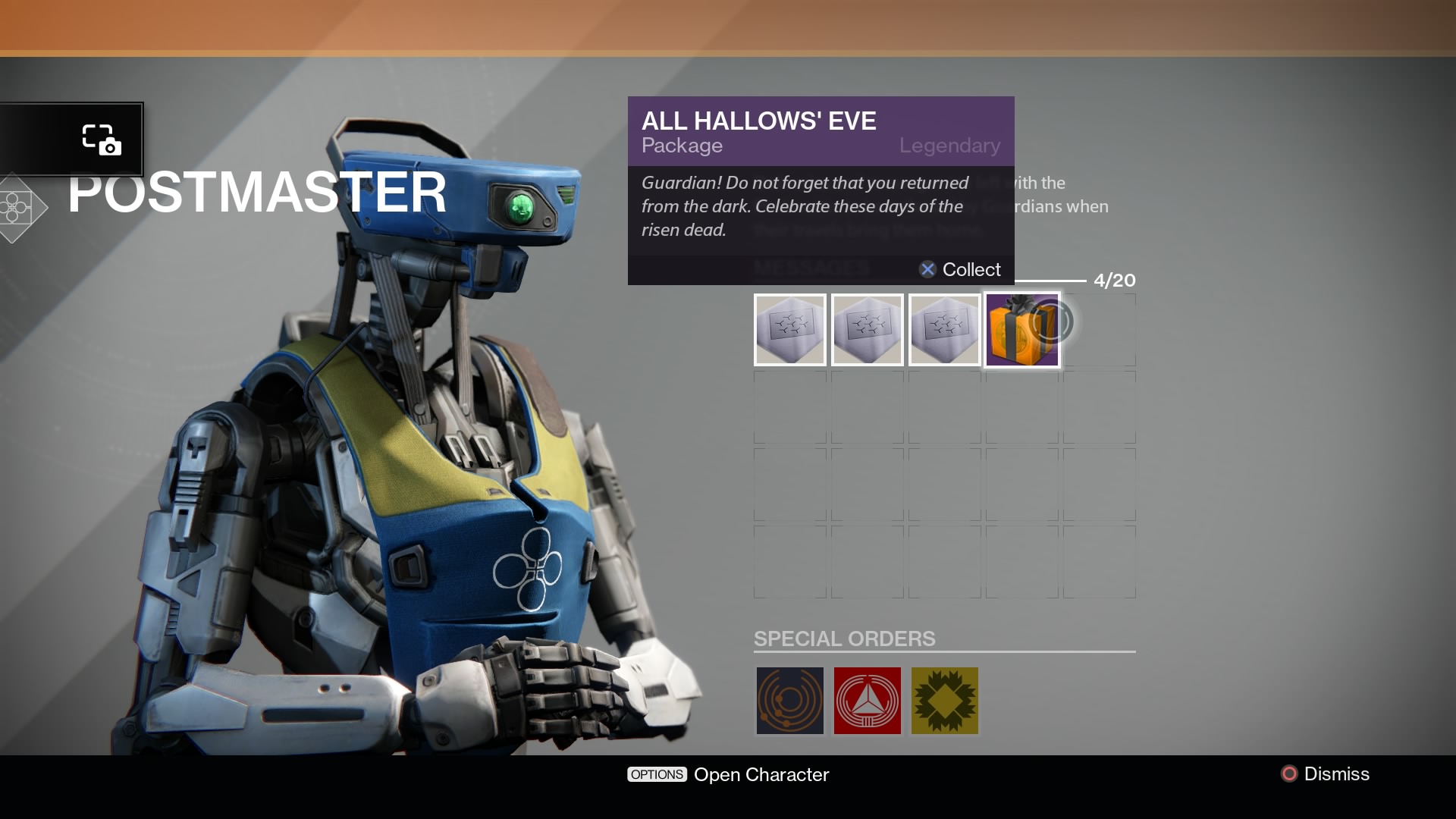 Using a jackolyte grants you a three-eyed jack-o-latern helm that takes the place of your head. It’s purely cosmetic in nature and doesn’t have any actual character buffs. It does deliver some creepy screams, though.

The pumpkinhead will last for 30 minutes, and there have been reports that Hive Majors can drop them, but this is unconfirmed.

From left to right: The jackolyte, All Hallow’s Eve present, and Flight of Shadow consumable.

Sadly when I used my jackolytes I wasn’t granted with a spooky visage. I used all three of them–one in the battlefield and two in the Tower–and they didn’t work.

I’ve also tried to find more by battling the Hive on the Moon Strike mission and couldn’t seem to get any jackolytes to drop.

Another consumable called Flight of Shadows apparently changes the appearance of your ghost during respawns for 24 hours. While I haven’t seen any of these in action and haven’t found any yet, reports say that it might turn your respawns into a cloud of bats.

The vial does looks like something Dracula would fancy, filled with blood and capped with a black bat.

The “Four Sparrows of the Apocalypse” from left-to-right: Snowflake, Nightfall, Dragonrider and Tumbler.

Bungie has apparently also added four different Sparrow bikes with the new update, all of which fit in with the Four Horsemen of the Apocalypse theme.

These new speeders have an interesting new mod called “destabilizers” which reportedly “barrel roll” players while riding the bikes. No one has found one of these Sparrows yet and we can’t confirm what the mods actually do, but data-mining site DestinyDB confirms they are indeed in the update.

Bungie hasn’t said anything about when the Sparrows or the Flight of Shadow consumable will be available, but for now you can pick up your All Hallow’s Eve jackolytes at the postmaster. Hopefully you’ll have more luck with them than I did!