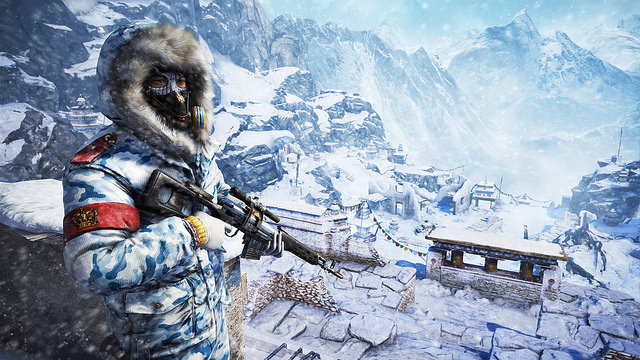 Far Cry 4 is a shooter at heart, but its vast open-world sandbox can deliver some of the most chaotic and memorable events in gaming.

In recent videos we’ve sen how herds of elephants can smash enemy convoys into smithereens, and how you can rain down a flurry of bullets on baddies from the skies with the new Buzzard gyrocopter. 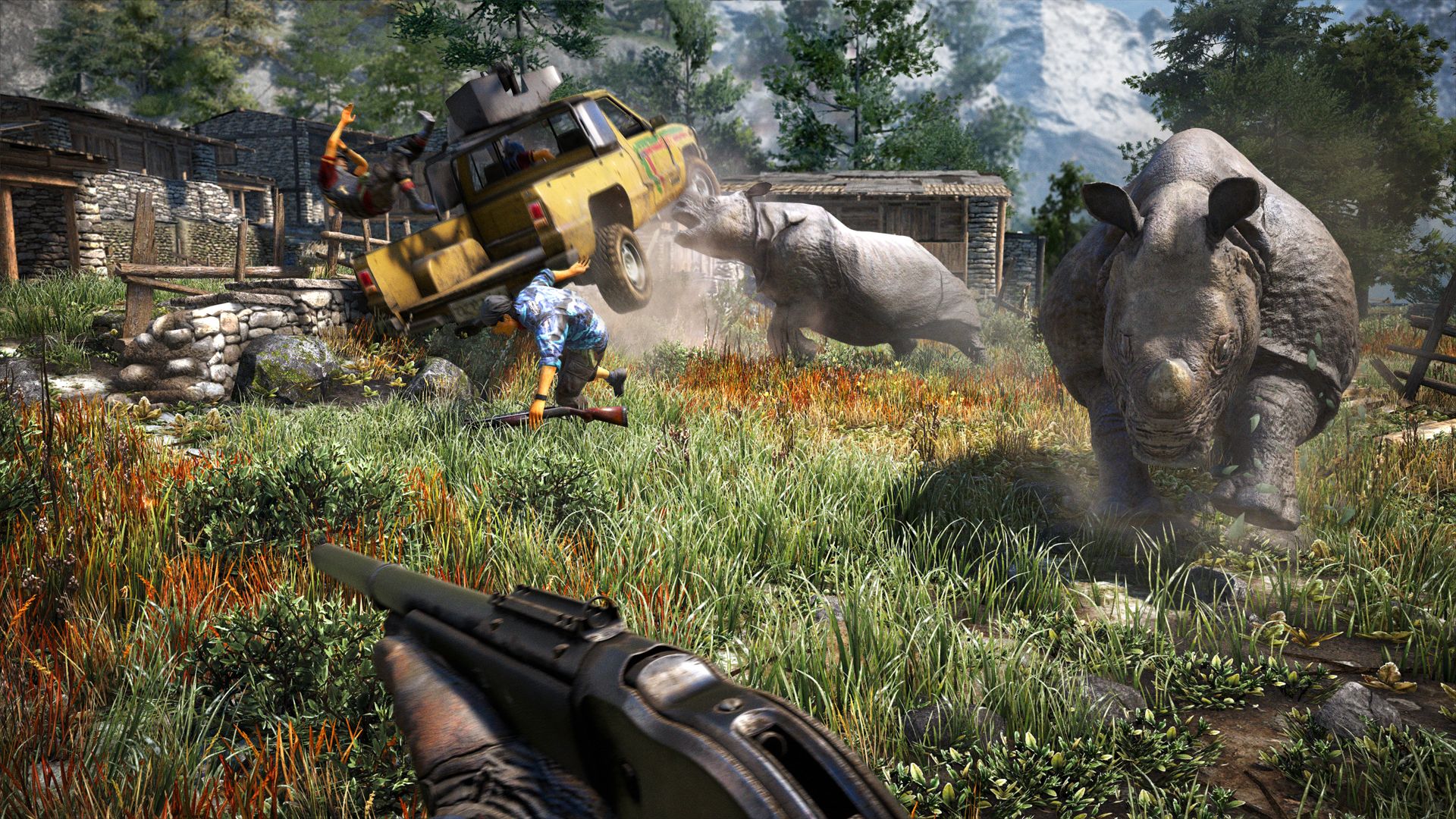 Wild rhinos crash into everything nearby when agitated. Use this to your advantage for tactical gunfights–just make sure you’re not in their path.

We’ve seen Ajay Ghale, the game’s protagonist, perform death defying stunts on a regular basis. Ghale has done everything from expertly navigate precipitous snow-paths on a snowmobile while blasting royal guards with a shotgun, and soar the icy heights of the highlands with his wingsuit.

But most of the footage we’ve seen is specifically pieced together. What about actual playthroughs?

The PlayStation Blog asked Far Cry 4 game director Pat Methe to describe some of his most memorable moments in Kyrat, and he provided some interesting details.

Methe talked about how the faithful the game’s hired guns can be even when faced with impossible odds.

Far Cry 4 lets you buy mercenaries to aid you throughout your journey, and seeing how hostile the landscape can be, it’s always a good idea to have an extra rifle whenever possible. These helpful hands will stay by your side even when death is almost certain–they’re that dedicated.

The Buzzer can also be an incredibly potent tool of destruction, as Methe accidentally found out.

The gyrocopter is primarily used to get to point A to point B while occasionally popping off a few rounds at enemies, but if you hop out of it without landing, it can be used as a missile of sorts to blow up nearby towers and vehicles. This isn’t a sure-fire method but when it does work, the resulting blast of fiery chaos should be pretty satisfying. 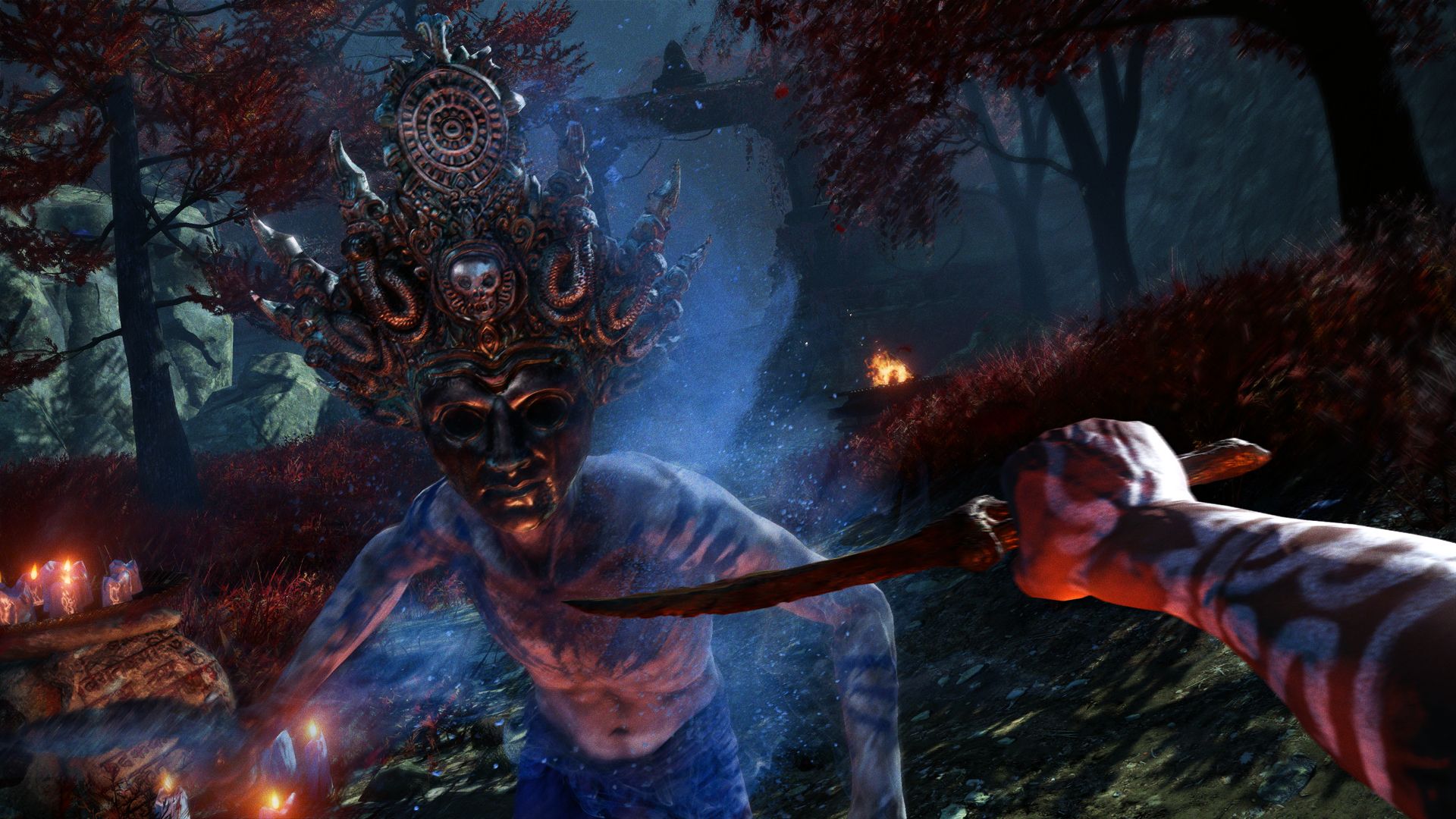 Kyrat has a rich and deep culture–even its spirituality is exotic.

Tiger skills are focused primarily on offensive attacks and abilities to improve Ajay’s death-dealing prowess, whereas the elephant tree has your defensive and healing buffs and abilities. Mixing and matching specific skills will ensure a well-rounded warrior, but gamers are free to tailor Ghale as they see fit.

Kyrat is filled with treacherous hazards that make it an interesting and dangerous place to visit. Whether you’re battling squads of gun-toting psychos or going tooth-to-tooth with a vicious tiger, the region has many ways to take you out. 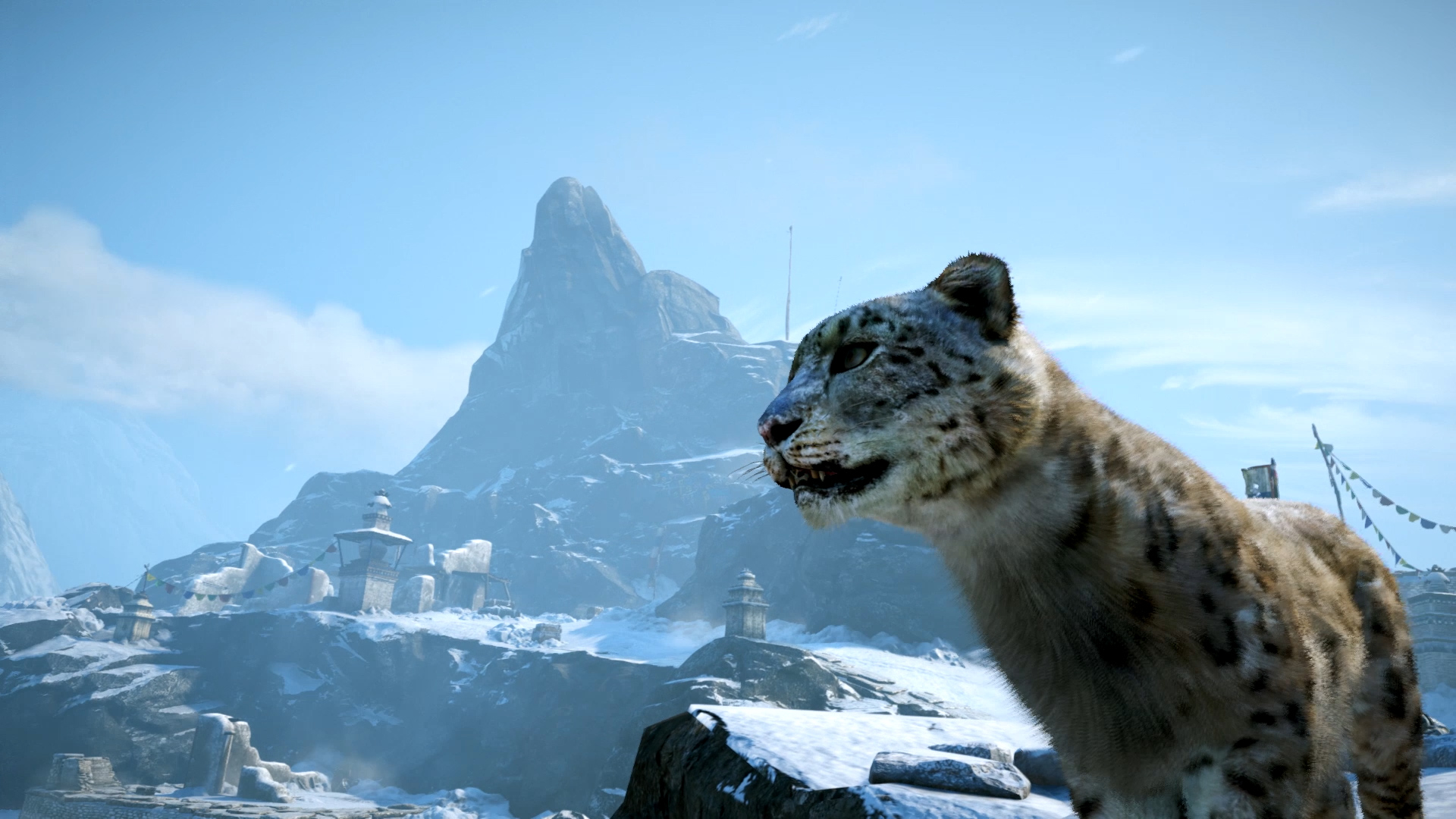 The highlands of Kyrat are home to grizzled wildlife born in the ice and snow. Even mountain goats aren’t to be trusted!

One of the more interesting finds was that mountain goats can actually kill you.

These brave, sure-footed billies will often knock you right off the edge of a mountain path–and if you’re quick you can save yourself with the wingsuit. But it’s surely unexpected, only going to show you that even the most benign-looking animals can turn out to be deadly adversaries.

It’ll be interesting to see what epic tales of hilarity and chaos that gamers share when Far Cry 4 releases next month, but for now we’ll have to keep our eyes peeled for more in-game footage.