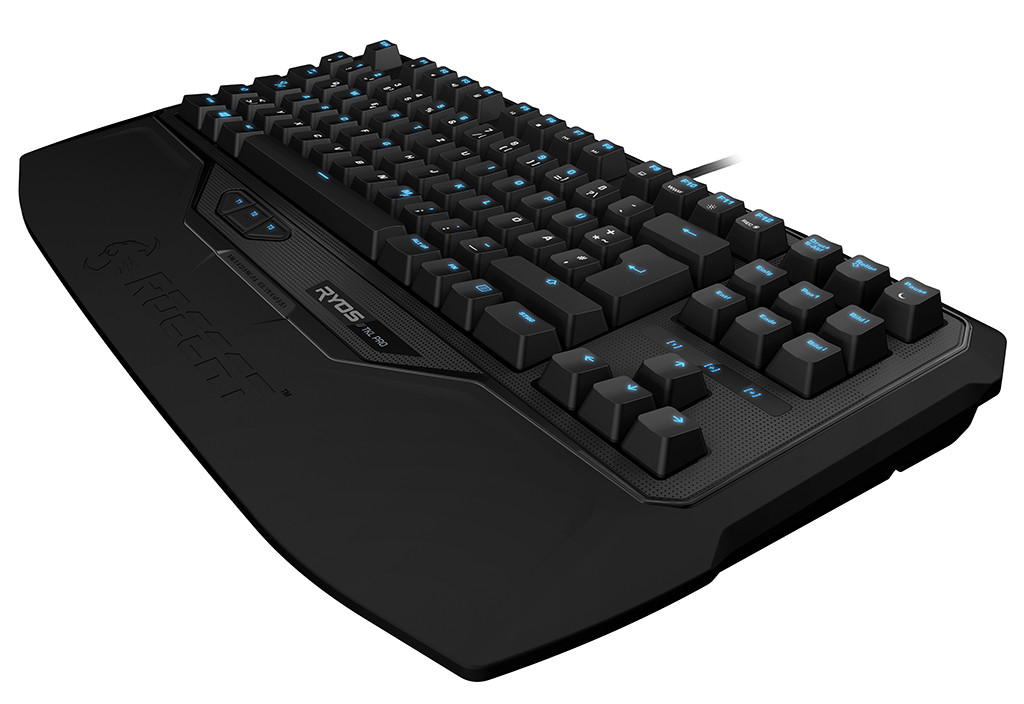 Roccat is launching a new keyboard to its Ryos line, dubbed the TKL Pro. Targeted at gamers looking to compete in eSports tournaments, the keyboard comes with a ten keyless design — which means that it lacks a number pad — making it lighter and narrower than most gaming keyboards.

Roccat claims that the Ryos TKL Pro is optimized to enhance your gaming prowess, and that the design of the keyboard was influenced by feedback from HyuN, the number one StarCraft II player in the world. While just using the keyboard may not let you beat HyuN at his game, the Ryos TKL Pro does come with a stellar set for features that makes it a great contender in this segment. The keyboard has Cherry MX switches with individual back-lit keys, 470 programmable macro keys, 2 MB flash memory and two 32-bit ARM Cortex processors. As is often becoming the case with gaming-oriented keyboards, Roccat is offering users to choose from four variants of Cherry MX switches. Anti-ghosting keys and n-key rollover are features we’ve been seeing in keyboards in this segment for a while now, with the Ryos TKL Pro offering both features.

Also included is Roccat Talk functionality, which allows different Roccat hardware to interface with one another in-game. For instance, you can assign a keyboard macro to a mouse button and use that to trigger the macro action.

Another novel feature is the ability to change back-lit illumination on each individual key, which in conjunction with Roccat’s Lighting Engine 2.0 allows you to create a variety of light effects. The two 32-bit Cortex processors handle the lighting and the individual key illumination, while the 2 MB flash memory stores your configuration and macro settings. Now available for $139, the Ryos TKL Pro looks like a great keyboard for gamers looking to get the most out of their gear at LAN tournaments.