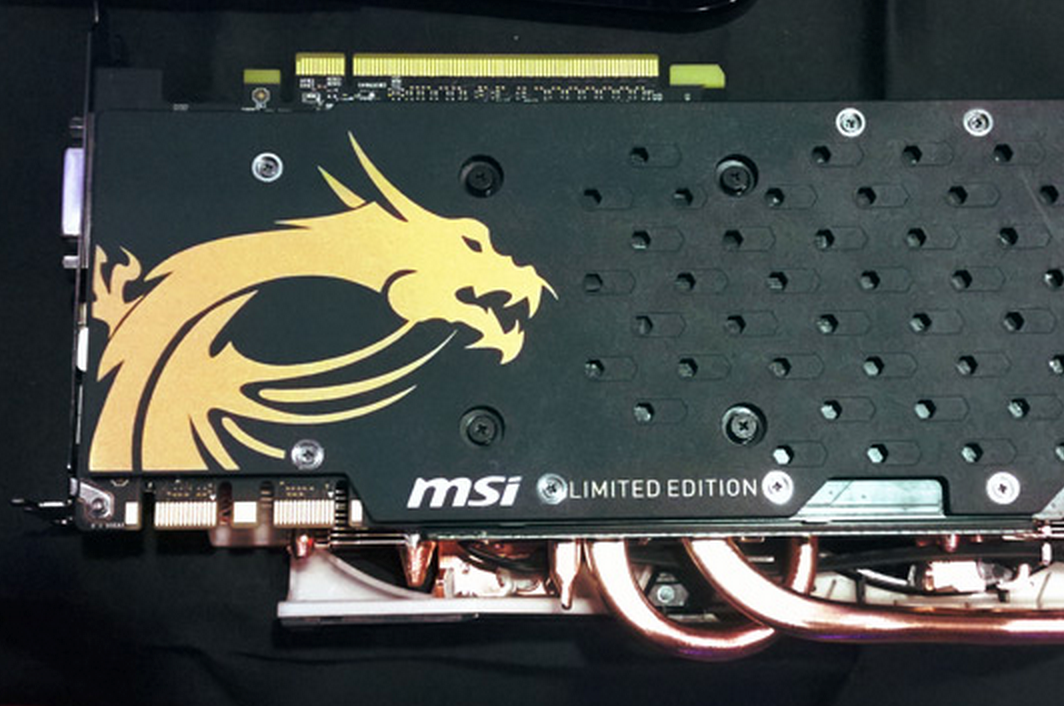 Gold is not limited to the mobile and tablet segments anymore, as MSI (TPE: 2377) has launched a limited edition GTX 970 with a gold paint job. The folks over at KitGuru managed to get a look at the card over the weekend at Beat IT 2014, with MSI set to formally announce the video card sometime later this year.

MSI’s Twin Frozr design is one of the most efficient cooling systems around, and in its latest iteration — Twon Frozr V — the manufacturer has decided to go with two 100mm fans over the heat sink. The GTX 970 is available in several variants: there’s the Gaming edition which features a red and black color scheme and a core clock of 1076 MHz in gaming mode, a 4GD5 version that is aimed at overclockers which features a base clock of 1051 MHz, and a 4GD5T variant which comes with an enhanced fan design. All three models feature 4 GB GDDR5 video memory, and are also available in factory OC versions.

With the gold edition, MSI is able to push the clocks higher by fusing the solid backplate with a copper heatsink instead of aluminum. The cooler shroud also gets a gold color treatment, and the copper heat pipes surrounding the heat sink are exposed to accentuate the golden look. At the back, the MSI logo gets a gold paint job too, and the vent around backplate features a vent design that is different from other cards offered by the vendor.