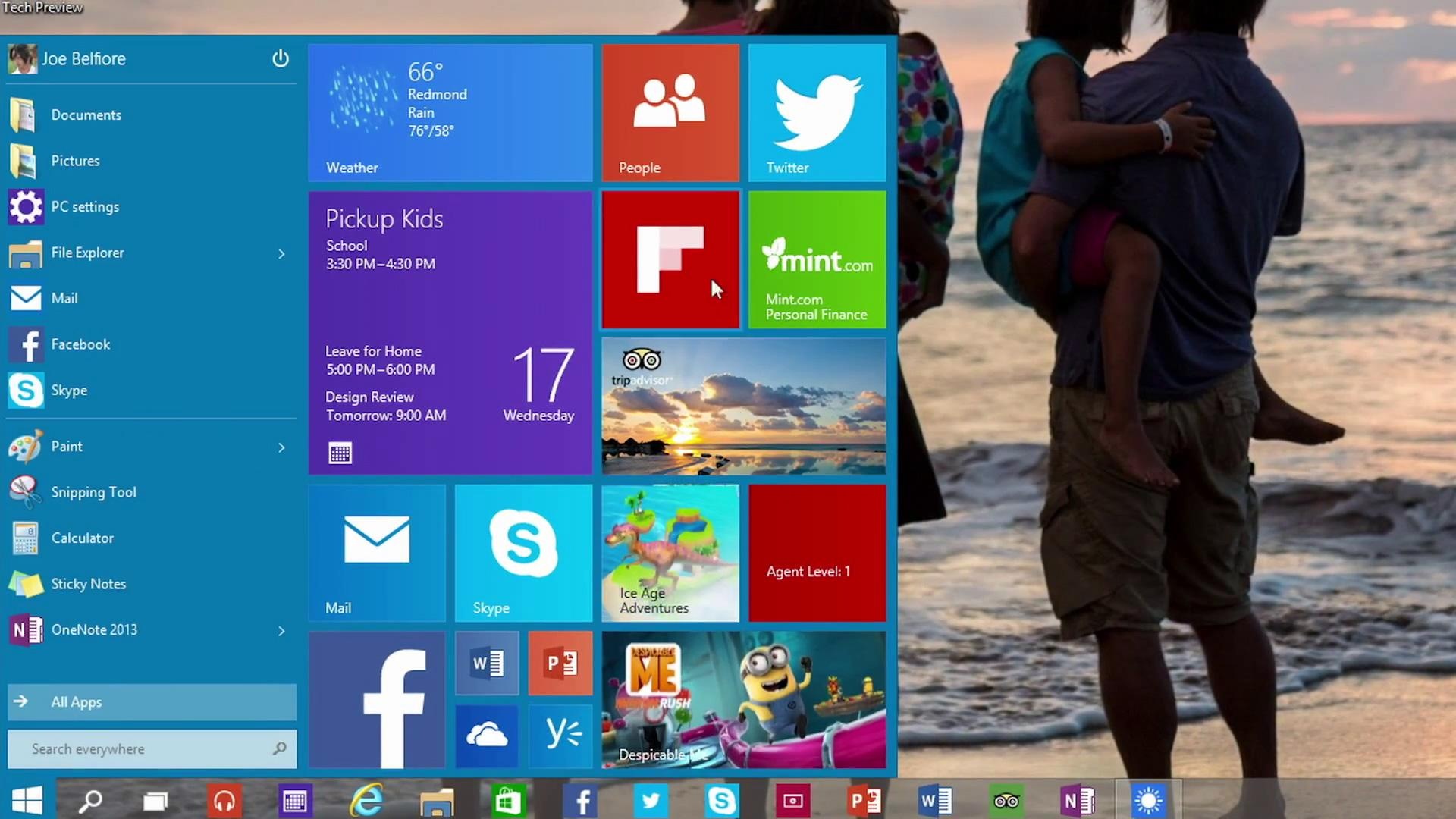 Microsoft (NASDAQ:MSFT) announced Windows 10 last month, with the Technical Preview now available to download in both 32-bit and 64-bit flavors for users looking to try out the latest that Microsoft has to offer. The Redmond giant mentioned during the announcement that the preview was just an initial build, with several features to be added before the retail version hits the market sometime next year. Nevertheless, there is enough new stuff in the OS to tinker with.

A look at what’s new 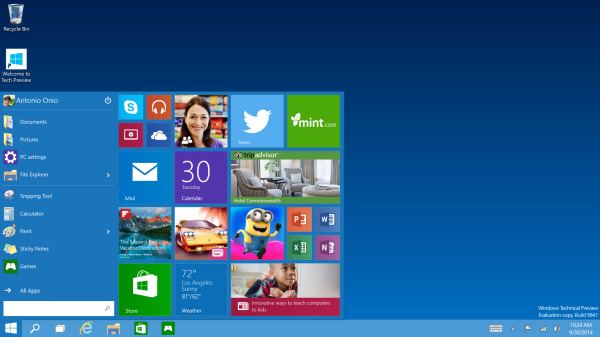 On the left of the menu, you get the frequently used list of programs, while the right side features Live Tiles that can act as either notifications or shortcuts to launch programs. You can not only resize the Live Tiles and move them around, but also change the size of the Start menu itself. Another new addition is universal change, which works much like what search used to in Windows 7, but with the ability to query results on the web. 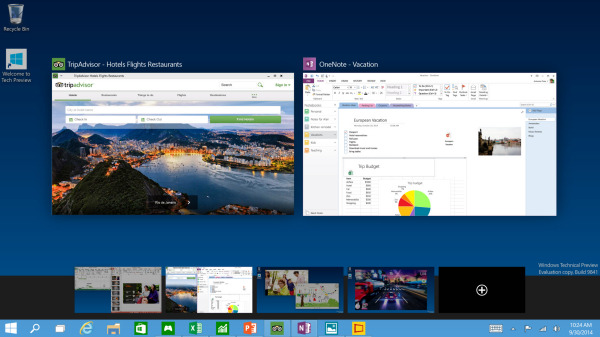 Task View is Microsoft’s version of virtual desktop mode, a feature that has been present in other operating systems for a while now. With Task View, you get an Expose-like view of all the desktops you created, and can also organize windows into various desktops for easier multitasking through a snap feature. Task View can be accessed by the button on the taskbar or by using the Windows + TAB shortcut.

With Task View, you can create various desktops and cluster them together to switch between views. For instance, you can create a desktop with a Word document and an Excel spreadsheet, and another one that displays your music client and a browser. Activating Task View shows a list of all available desktops at the bottom of your display, and you can see the actual apps that are open within the desktop by hovering over the desktop. 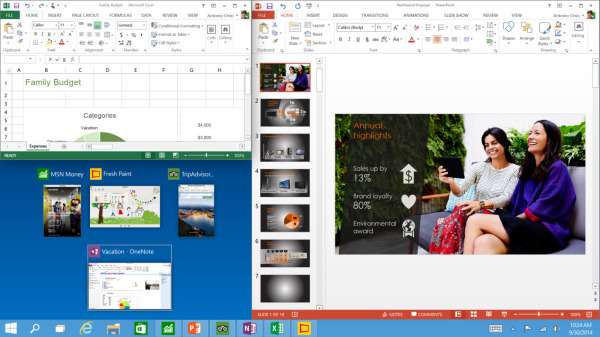 Microsoft introduced Snap mode in Windows 8, and the feature gets a few tweaks in Windows 10. Now every app can be dynamically resized, and can also be made to snap to the left or right of your screen by clicking on the Windows key and the left or right arrow key. The number of apps that can be snapped to your screen has also been increased to four.

A significant change is the move away from the Start screen in Windows 10, with all Modern apps now featured in the desktop mode as individual windows.

A feature that got a lot of demo time during Microsoft’s announcement has been a stalwart of Windows, and one that has been relatively unchanged from as far back as Windows 98. With Windows 10, you’ll get a new command prompt that allows you to paste directly using the Ctrl + V key combination.  That was the only feature that was demoed, and there’s not knowing what other changes will make their way to the terminal before the debut of the OS.