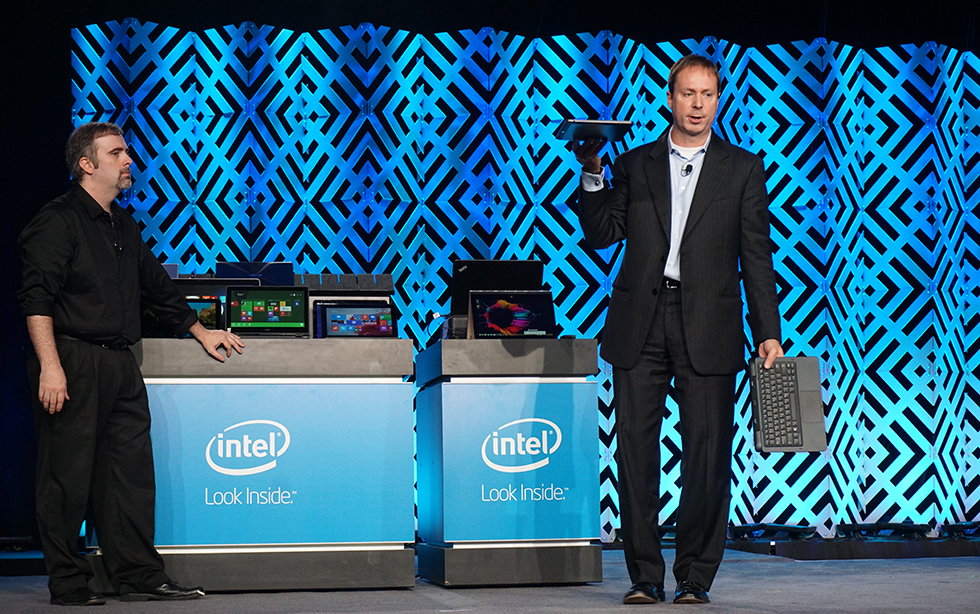 At Intel’s (NASDAQ: INTC) annual Intel Capital Global Summit, Intel’s Kirk Skaugen reaffirmed the roadmap for Intel in 2015 by talking about the expected timeframes for Broadwell in desktops, Skylake and even Braswell, which are all slated for 2015 availability.

Before providing a processor update, Skaugen talked about the company’s movement into improving usability and portability, which includes the removal of wires for display, sharing data and even charging. Intel used a combination of WiDi for wireless display, WiGig (Intel chose to call it Wireless Giga) for high bandwidth data transfer, and their own implementation of magnetic resonance charging. Some of these demos have been shown before, but they showed it today in such a way that simply explains how Intel will improve the PC experience so seamlessly.

In his fairly concise process technology and processor product update, Skaugen only mentioned three much talked about products that would be available in 2015. Those were Broadwell in Core i3, Core i5 and Core i7 in the first quarter of this year as well as Braswell and Skylake later in the year. He says that Broadwell is already shipping in the millions and that the company is ramping 14nm very fast and it may be the fastest ramp in the company’s history. Keep in mind that Skylake, Broadwell and Braswell are all going to be 14nm parts in 2015 and that Skylake is already supposed to be replacing Broadwell, so there isn’t really much room for Broadwell products unless Skylake will be 2H 2015 like Broadwell was 2H 2014 with a few Core M products trickling out before the end of the year.

Intel says that everything is executing well and that they are on pace to deliver when they planned to, the real question is whether or not OEMs and consumers will want to bite on Broadwell if they already know Skylake is supposed to be coming next year. And what about the server and high performance segments? There was no mention of either during Skaugen’s presentation, but we’re only at 22nm in those segments and they are trailing consumer by almost a year as Haswell-E had just launched in September.