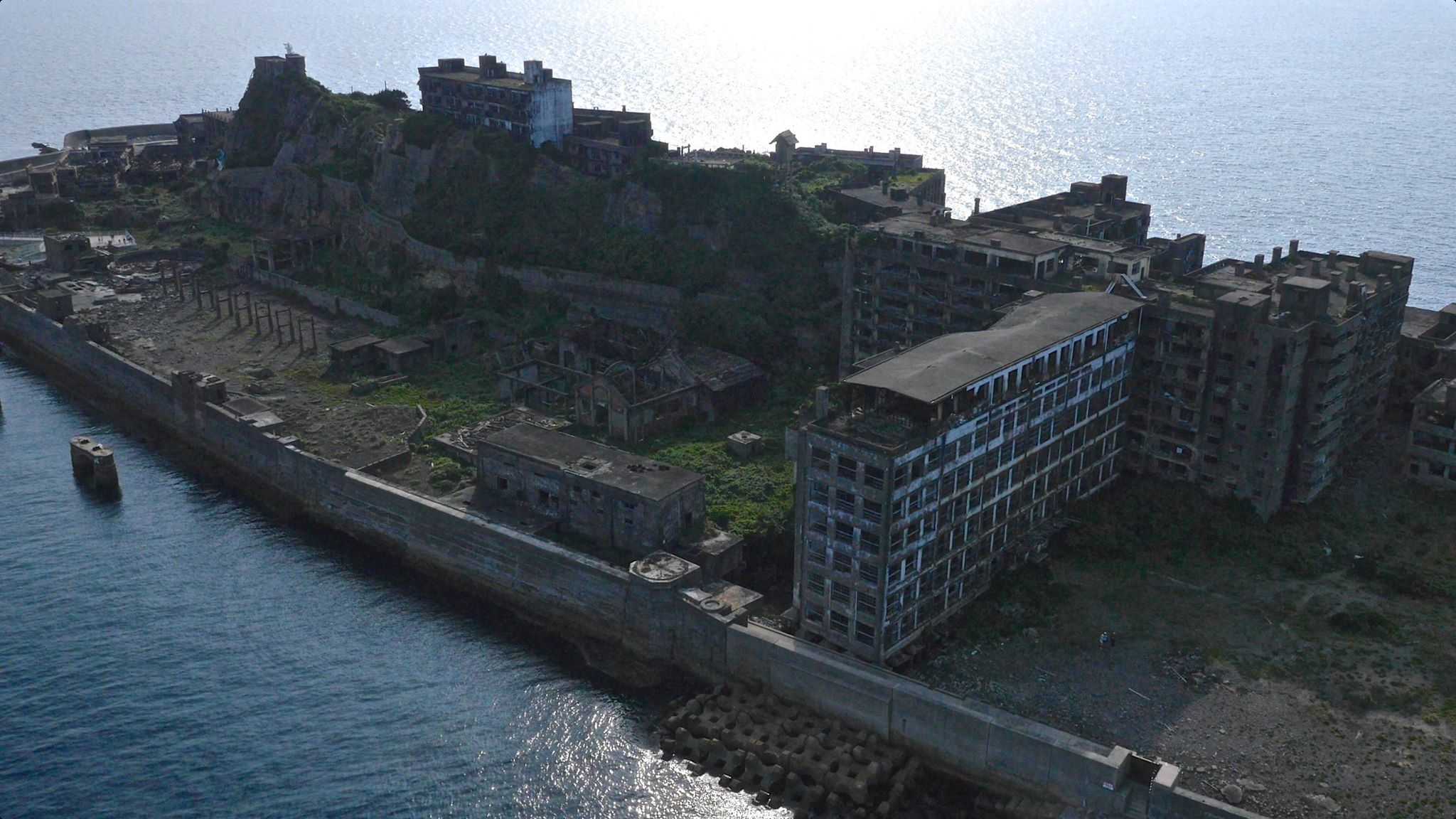 Hashima Island, also known as Gunkanjima (‘Battleship Island’), is one of Japan’s most famous abandoned areas, and is located in Nagasaki Prefecture. Since its re-opening to the public in 2009, many photographers have brought home HD images of the deserted military mining facility.

Major Japanese newspaper company Nishinippon Shimbun however, wants to take a step up from the conventional documentation style of the uninhabited island. The company planned to showcase the historical place in full 4K HD, and starting a few months back last September, the company have dispatched a professional team of photographers, as well as its army of drones. Yes you heard that correctly. Equipped with 4K HD recording equipment, the company’s drone ‘swarm’ scoured the entire island, snapping photos and recording video footage of many of its buildings and facilities.

While a portion of Hashima island is officially open to the public today, much of the island is still off limits to visitors and outsiders. For one thing, the fragility of most of the aging structures poses a clear risk and hazard to anyone who sets foot on these areas. Not only using drones considered safer this way, but it also provides a way to explore these restricted areas while still preserving its ‘untouched’ state. It is already largely considered as a heritage site after all, though there seems to be no word on using these drones to tread the dark, lightless, abandoned building halls at night.

Though the project may seem like a promotional gimmick by the newspaper company, it is actually for official historical documentation. The photos, videos, and the upcoming documentary itself will be part of what is called as the ‘Gunkanjima Archives‘. The updated information will serve well to give the already growing popularity of this archaic tourist destination even more public exposure.

For now, let’s just enjoy the recently released trailer of the company’s soon-to-be-completed project. (in 4K HD of course)