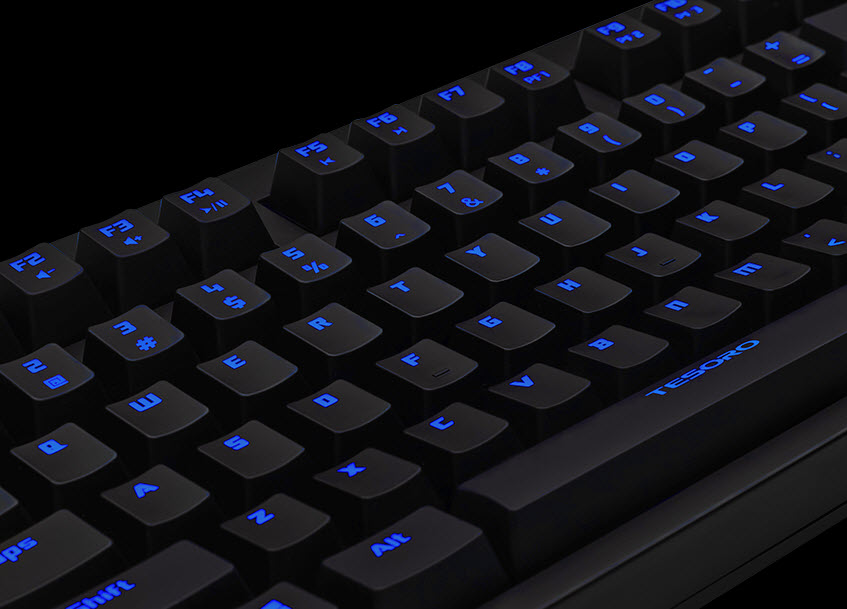 Tesoro is making a name for itself by manufacturing feature-laden products that are aggressive pricing. We’ve covered the vendor’s Kuven 7.1 virtual surround gaming headset and Gandiva H1L mouse before, and today Tesoro is launching a new Excalibur RGB LED backlit mechanical keyboard with a 16.8 million color palette.

RGB keyboards are nothing new, as Corsair and Roccat have already launched their offerings earlier this year. With other features largely remaining the same for the last few years, vendors are looking at features like per-key illumination as points of differentiation. The feature itself is now possible thanks to the introduction of backlit key switches from Cherry, which was officially introduced last year.

Tesoro is sticking to the established path by offering much the same features that you would see in other gaming-focused keyboards that offer individual key illuminations. There’s a 1000Hz polling rate with instant game mode switching, n-key rollover for full anti-ghosting functionality and 512 KB on-board memory that stores your macro settings.

The keyboard has full RGB backlighting, which means that you can choose from 16.8 million color combinations. The keyboard colors can be set to either breathing mode or color loop mode, and there’s also a gaming mode during which only the gaming keys are illuminated. The lighting itself can be set to four levels to suit your needs.

With an anti-slip rubberized foot design, the keyboard stays secured during gaming, and there is the ability to customize individual key functions via the software configurator. In total, there are five sets of profiles, 300 macro keys and 2000 macro key presses for each profile.

The Excalibur comes with gaming grade mechanical switches which are available in Blue, Brown, Red and Black variants. Tesoro mentions that the keyboard is set to launch in December for $119 and that the availability may vary based on the region.