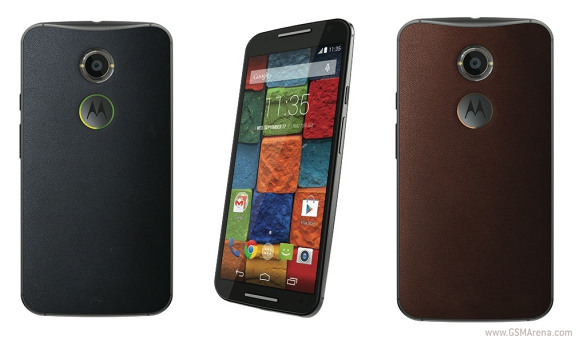 In a bizarre twists of events, Motorola’s Moto X (2014) has just started to get the Android 5.0 update, traditionally an update that comes out on Google’s own Nexus line of devices prior to any other manufacturer. Perhaps the Moto X’s status is a result of the fact that Motorola has been a part of Google for the past year, but that doesn’t particularly explain why the Nexus 5, Nexus 7, Nexus 4 and other Nexus devices aren’t getting Android Lollipop yet. There have been rumors that Google pushed back the date of the Nexus Android 5.0 update due to a battery drain bug, but the company hasn’t officially said anything. Some engineers on Google’s message boards did confirm that there were some power bugs associated with Android 5.0 and the Nexus 5.

Yes, the HTC Nexus 9 is already out and does sport Android’s Lollipop 5.0 version, however that is the only device up until today that is running on Android Lollipop. Even the much anticipated Nexus 6 isn’t actually available yet, so nobody can definitively say what the final updated version will run like on the different phones that will be getting Lollipop. There’s already talk about Sony’s and HTC’s updates to Lollipop, which is good and will hopefully mean that they will have updates out before the end of the year.

Thanks to the guys at ARSTechnica we know that there’s even a Motorola official support page for the update, even though the Moto X Lollipop update page appears to have been pulled. Last time, Motorola didn’t beat the Nexus devices to launching KitKat but they were the first to release after Google and somehow, this year they’ve managed to beat Google due to Google’s own bugs in their code. Somehow, you would think that Google might have some sort of Beta testers or QA engineers that would verify that such a build wouldn’t have such a fundamental flaw built into it right before launch. I guess its a good thing that they caught it pre-release, but they barely caught it before launch and as a result Motorola’s Moto X (2014) is now getting Android 5.0 Lollipop before Nexus devices.