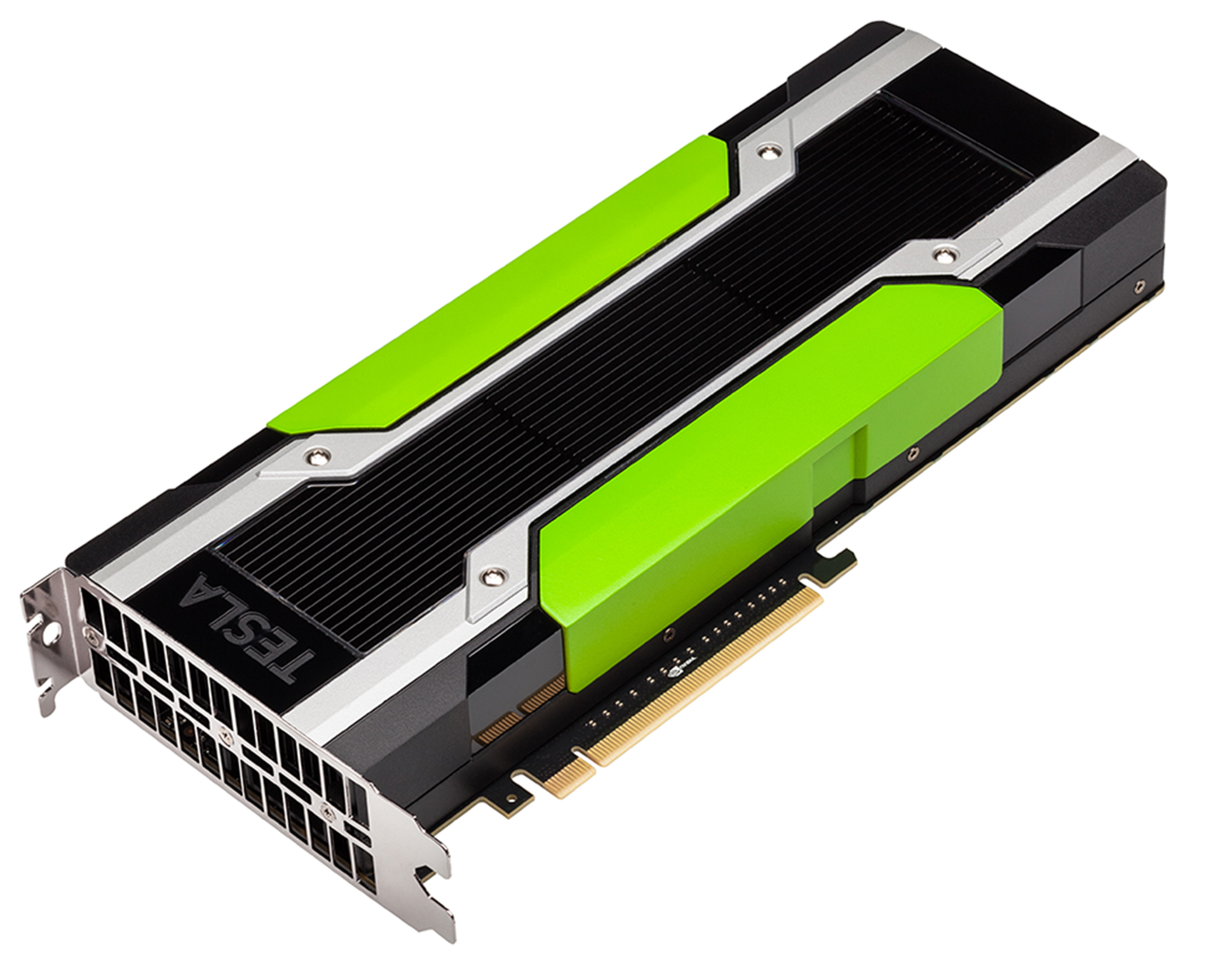 Nvidia (NASDAQ:NVDA) has launched its latest Tesla CUDA compute card, the Tesla K80 today at Supercomputing 2014 (SC14) in New Orleans. This follows Nvidia’s announcement last week that it had been awarded a $325 million Department of Energy grant with IBM to help build two 100 Petaflops+ machines for Lawrence Livermore National Laboratories and Oak Ridge National Laboratory. Those supercomputers are expected to be built in 2017 and will use Nvidia’s yet-t0-be-built Volta GPU which comes after Pascal which comes after Maxwell, which is what Nvidia is currently using in their consumer graphics cards, but hasn’t quite started to use in professional just yet. So, until then, people looking for the fastest compute cards are going to want to look at Nvidia’s new Tesla K80.

Nvidia’s new Tesla K80 dual GPU compute card is an interesting product because it once again brings back Nvidia’s dual GPU Tesla products and increases the amount of compute you can squeeze onto a single card. Logically, you would think that the K80 would naturally be two K40’s smacked together into a single card, but that’s not accurate. In order to build the K80, Nvidia actually went with GPUs with similar shader core counts as the Tesla K20, but what’s most important is that they actually did double the onboard memory of the K80 from the K40 to 24 GB of GDDR5. Whenever we talk to anyone looking to do large simulations or scenes, their number one complaint is that they can never have too much VRAM and Nvidia appears to be listening to them by packing a whopping 24 GB of GDDR5 per card or 12GB of GDDR5 per GPU.

According to Nvidia’s specifications for the Tesla K80, it has 4992 shader cores (double that of the K20) which turns out to slightly less than double that of the K40, this is because Nvidia is using two GK-210 GPUs rather than the K40’s GK-110B. However, if you look at Nvidia’s performance claims, they state that the Tesla K80 is capable of 8.74 teraflops single-precision and 2.91 teraflops double-precision. This is more than double that of the K40 GPU which it seeks to replace and almost double that of the K10, Nvidia’s first dual GPU Tesla card. That’s the fantastic thing about Nvidia’s own Tesla cards, the K80 is a Kepler based dual GPU card while the K10 is also a Kepler based dual GPU card and the performance difference is nearly double simply by going from the GK-104 GPU design to the GK-110 (full-blown) Kepler GPU design. The Tesla’s K80 two GK210 GPUs each have 13 SMs that are clocked at 562 Mhz base, 875 Mhz boost thanks to Nvidia’s new GPU boosting features for this Tesla card, a Tesla first and something that came over from the consumer cards. Either way, its a great achievement and this is Nvidia’s next step before introducing a Maxwell-based Tesla compute card. 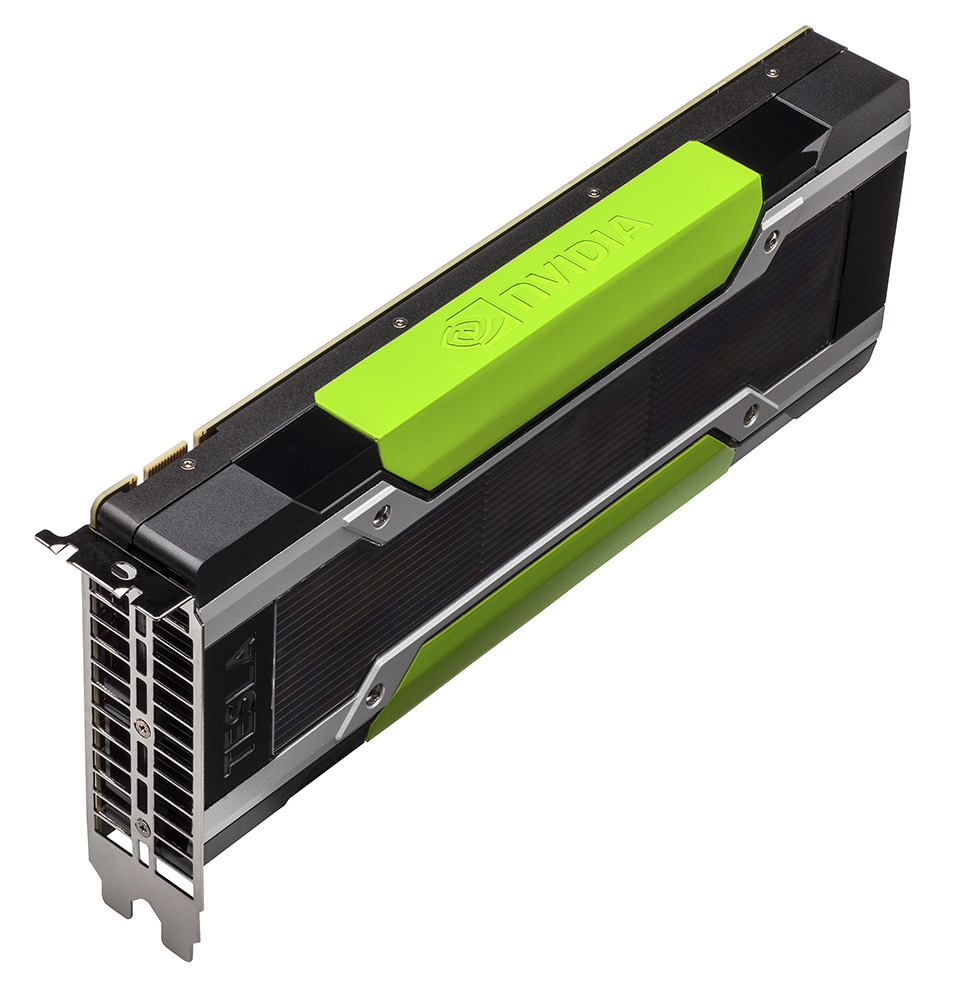 Nvidia’s Tesla K80 Compute Card – Note, no display out since this is a compute card

Also, if you look at the double-precision performance, it is more than 30 times faster than the original dual Kepler GPU card, the K10 and more than twice as fast as the K40 which means that Nvidia makes up for the lack of shader cores somewhere else. One of those places is in the card’s memory bandwidth which is pumped up to a whopping 480 GB/s which pretty much removes memory bandwidth as a bottleneck in most applications. Unfortunately, even though this card does have double the GPUs and double the memory of the K40, it doesn’t quite have double the memory bandwidth, which once again points to a likelihood of lower memory clock speeds than the K40. If one were to simply double the K40’s memory bandwidth, you would be looking at 566 GB/s, not the current 480 GB/s on the K80, but even so, this pretty much dwarfs anything on the market by over 150 GB/s anyways.

That card would be AMD’s own FirePro W9100, which has been very competitive with Nvidia’s K40 and offers 2,816 stream processors, 16GB GDDR5 memory and 320 GB/s memory bandwidth. This comes out to a peak performance of 5.24 teraflops peak single-precision floating-point performance and 2.62 teraflops peak dual-precision floating-point performance, meaning that now the ball is back in AMD’s court with today’s announcement.

In fact, Nvidia’s Tesla compute cards are also enabling some of the most recent scientific breakthroughs like the ongoing Rosetta mission that the ESA has embarked upon, which most recently landed a probe on a comet. “The Tesla K80 dual-GPU accelerators are up to 10 times faster than CPUs when enabling scientific breakthroughs in some of our key applications, and provide a low energy footprint,” said Wolfgang Nagel, director of the Center for Information Services and HPC at Technische Universität Dresden in Germany. “Our researchers use the available GPU resources on the Taurus supercomputer extensively to enable a more refined cancer therapy, understand cells by watching them live, and study asteroids as part of ESA’s Rosetta mission.”

There is currently no pricing information available for the K80 based on the information we were given by Nvidia, however you can probably ballpark that it will cost upwards of $5000 since the K40 originally sold for that price but has since been discounted down to $3,000