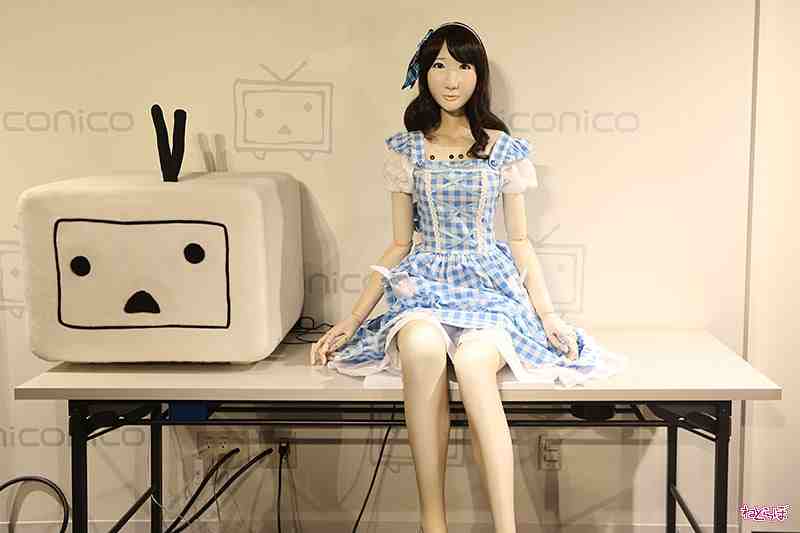 Interactive robots aren’t exactly what we can call trendy, but their numbers sure are getting higher nowadays. Interaction though comes at many levels and stages, and this robot floats at the shallowest top, at a level where you can actually consider it a bit creepy.

The Yukirin Robot, as it is called, is a humanoid robot with motion detection sensors, coordinating its head and eye movements as people go within its ‘sight’ range. It is modeled after Yuki “Yukirin” Kashiwagi, a member of the popular Japanese idol group AKB48. If you go near it, it will instantly lock its gaze at you, and its empty stare will follow you around as long as it detects your presence, or anybody else’s.

Obviously, the tracking system isn’t so complex technology-wise, and we’ve also already seen better applications of the same technology. But in fact, part of what makes it a bit unnerving (and amazing) is that it is so simple. As hinted earlier, it interacts, but at a very, very basic level. It’s almost human-like appearance makes its rigid reactions very artificial (more so as it is modeled after an actual person), and it falls straight into the uncanny valley category. If it’s a lot less human-like, then it just might pass off as a cute little toy, though that still wouldn’t actually quell that very same uneasy sensation.

Yukirin Robot was first unveiled last July this year. It’s latest appearance was last week, at the Marunage (“throw away”) Day event held by NicoNico, a well known Japanese video streaming website. It was created by TODO, and was originally named as Gazeroid. The robot was presented as an “interactive art exhibit” for the recent event, so needless to say, the robot is only for show. Think of it as a high-tech version of haunted paintings looking at its observers.

But maybe a few would like it enough to take one home though?