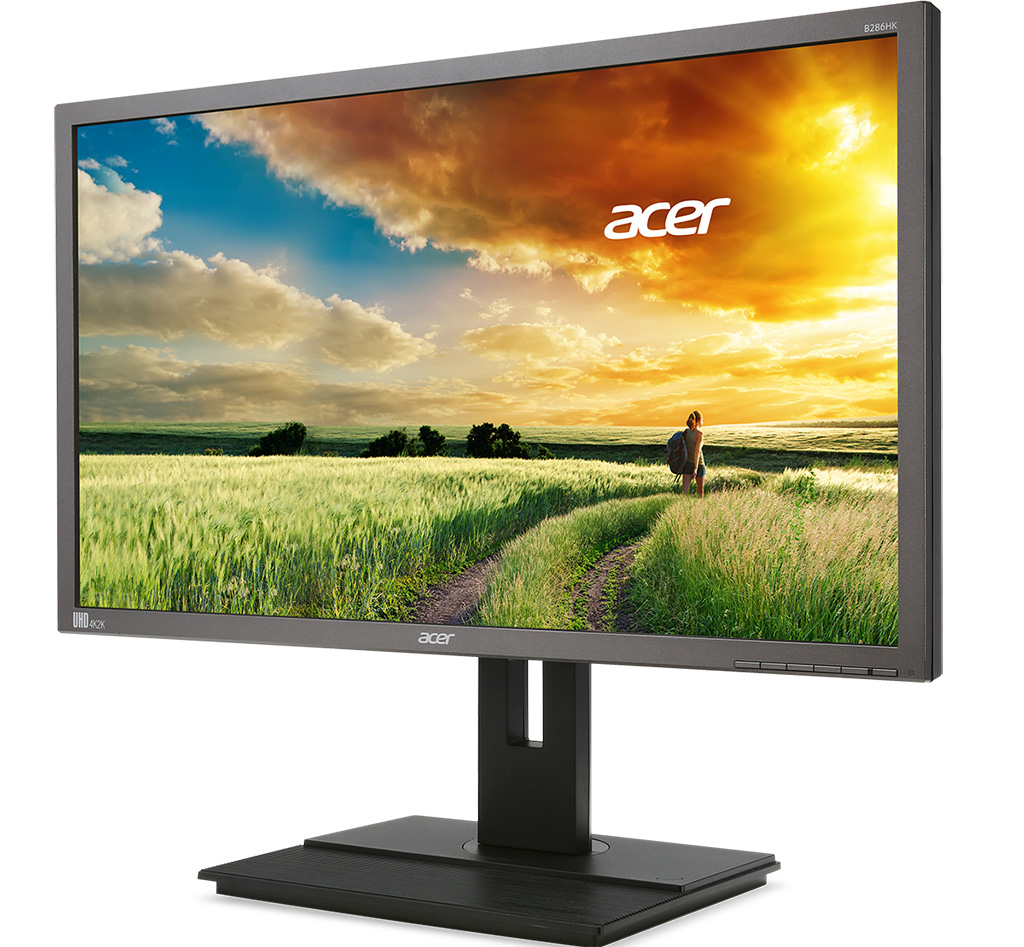 Yes, you heard that right. Newegg’s Black November (because Black Friday and Cyber Monday aren’t enough) has given us a pretty awesome deal. This deal is for an Acer B286HK 28″ 4K monitor that can display 4K video at 60 FPS and does it over DisplayPort 1.2. This monitor’s original price was $699, which isn’t that bad for a 4K monitor, but there are others out there with arguably better panels and design than the Acer at that price.

However, at $349, there is no monitor on earth that can compete with a 28″ 4K monitor at that price. In fact, someone recently pointed out that 4K monitors are starting to sell at lower prices than 1440P monitors and for some reason they are easier to find as well. We can partially thank the Chinese panel manufacturers for that, and we can also thank the fact that 4K gaming is finally starting to take off and people just aren’t interested in 1440P as much as 4K.

The other great thing about this monitor is the plethora of connectivity that it supports, which includes DVI (DVI w/HDCP), MHL, Displayport(v1.2) and MiniDP. It also tilts, swivels and adjusts the height. So you could theoretically have three 4K monitors in portrait mode and not even spend $1,000 which is something that was unheard of until today’s Acer deal. In fact, the reality is that you can have 4K surround gaming with these monitors for under a grand and that’s about as much as it’ll cost you to run three Nvidia G-Sync monitors together.

It does only have a viewing angle of 170 (H) and 160 (V) which clearly indicates that it is not an IPS panel, very likely a TN, but at $349 nobody is going to complain about a 4K TN panel. There are plenty of people out there that would happily buy a TN 4K planel for $349 and I suspect that this monitor will very likely not last until Cyber Monday unless Newegg has some ridiculous amount on hand.