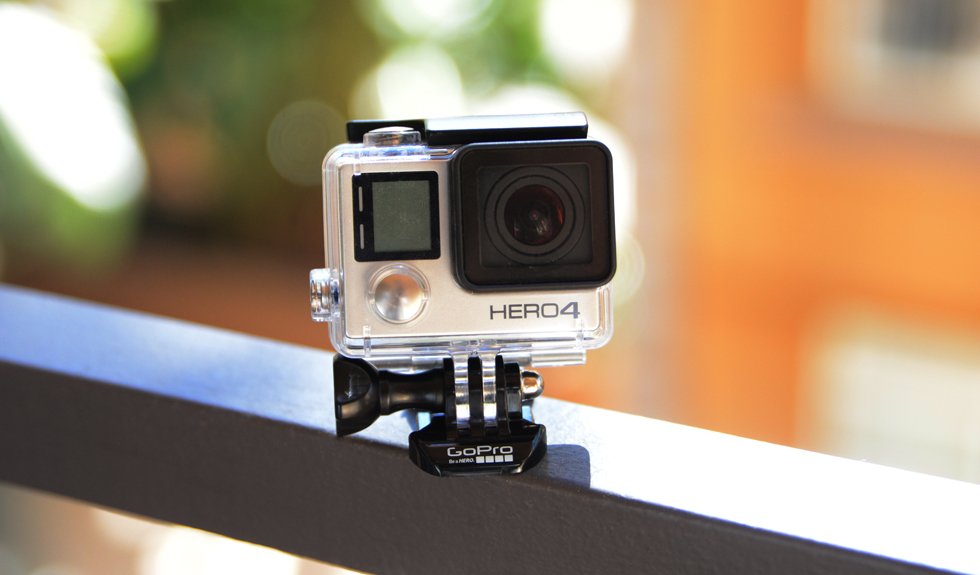 The GoPro Hero4 has long been awaited by consumers as the company’s affordable 4K camera. And when they announced the GoPro Hero4 Black, a lot of people were excited to finally get their hands on a GoPro that can finally do 4K at 30 FPS as opposed to a semi-slideshow 4K 15 FPS which the GoPro Hero3+ Black Edition was capable of in the previous generation. So, they increased the camera’s capability of recording 4K video from 15 FPS to 30 FPS and somehow they are now claiming that this camera is now worth an extra $100. Yes, it does have an improved Wi-Fi chipset that has better signal and consumers less power, but none of that is really relevant if the only thing consumers can measure is the 4K video performance. GoPro has always released new cameras and their latest and greatest was always $399, so a 25% price increase is going to be hard to chew for some. 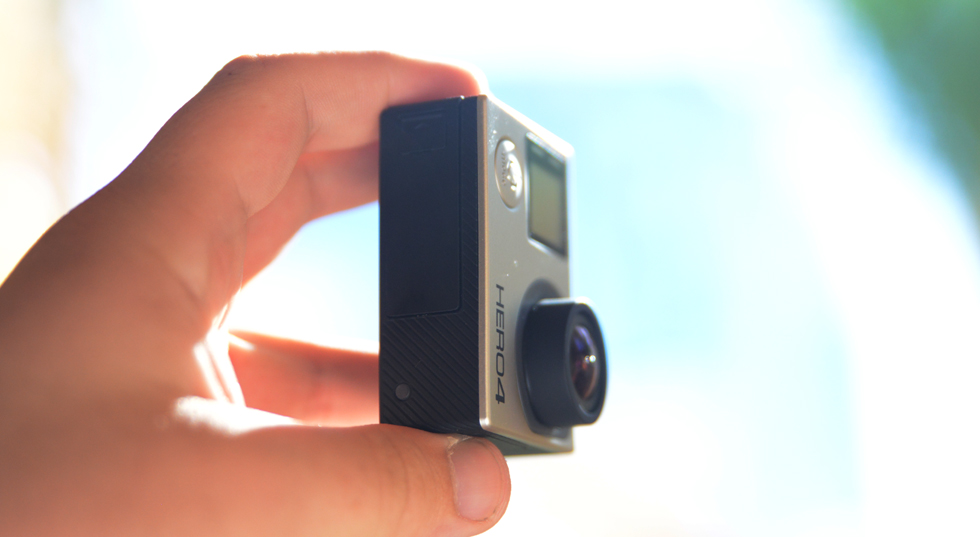 We go into this review of the GoPro Hero4 looking to see how it performs overall as a 4K video camera, photo camera, and an overall action camera.

In terms of specifications, the GoPro Hero 4 has the following hardware specs and video recording format capabilities.

In terms of specifications, the GoPro Hero4 Black, weighs a tiny 3.10 oz or 88 g camera only and 5.36 oz or 152 g with housing. It has dimensions of 41 x 59 x 30mm, which are identical to the GoPro Hero3 and Hero3+ that came before it. It comes with a 3.8 VDC, 1160 mAh Rechargeable Lithium-Ion Battery which GoPro states will get up to 1.5 hours per charge. These are the estimated battery life times depending on the camera settings (shown below) and whether or not Wi-Fi or the GoPro app are being used. 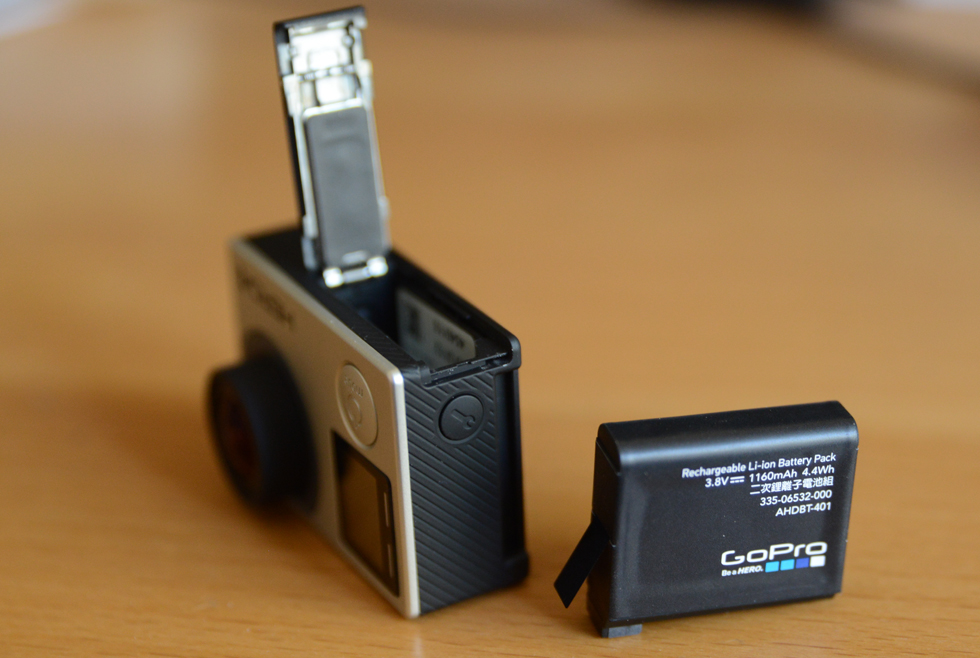 For those curious, Superview is GoPro’s own way of stretching their 4:3 footage into a 16:9 ratio in order to more properly fit the screen in playback.

The camera itself also has MicroSD, Mini USB and micro HDMI connectivity in addition to the Bluetooth and Wi-Fi which it uses for the remote and GoPro App (Android or iOS). The MicroSD card slot only supports microSDXC memory cards up to 64GB, which is really enough for almost anyone seeing as you can record up to 2 hours 10 minutes of footage on the camera before you run out of memory card space based on our testing. The biggest disappointment, however, is GoPro’s decision to continue to use the archaic standard of Mini USB which pretty much died with the Blackberries of 2008-2010. Yet, in 2014  GoPro is still launching brand new ‘cutting-edge’ products with Mini USB, they should really be ashamed of themselves. Why? because nobody and nothing uses Mini USB anymore and having a mini USB cable is a chore and might as well be a proprietary connector because so few things use it nowadays. If anything, GoPro should have adopted microUSB a long time ago and should now be moving towards USB Type-C which should be a smaller connector and have higher bandwidth capabilities and industry-wide availability than mini USB (which is by default USB 2.0). So, instead, you have to take out your memory card in order to properly transfer 4K footage at a reasonable speed because USB 2.0 and mini USB are capped at 30 MB/s and most UHS Class 3 memory cards are 60-90 MB/s read. Basically, the mini USB connector on the GoPro Hero4 is a huge mistake by GoPro and possibly the biggest fault of this device. 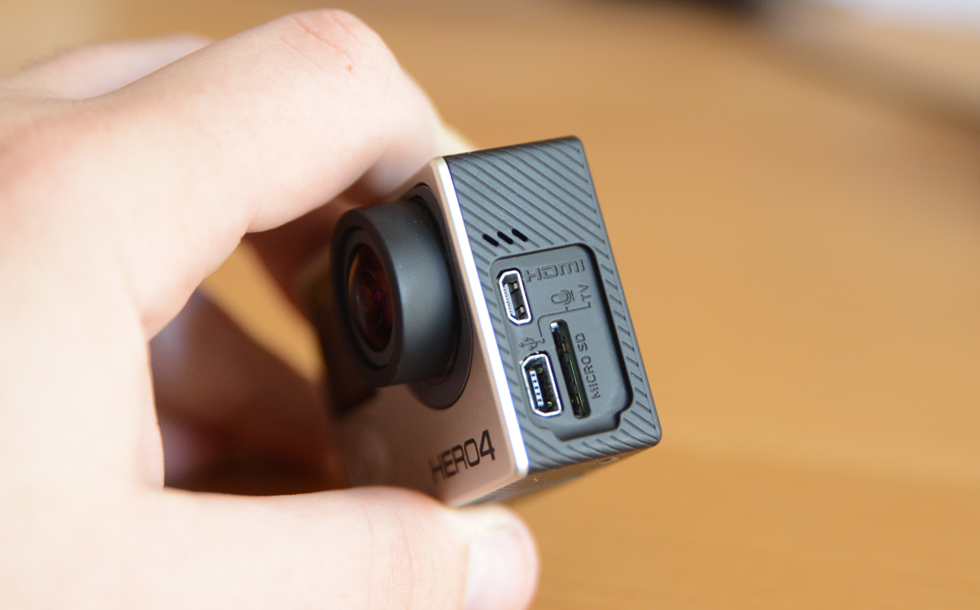 Watch the video below to see what that looks like, or look at the picture below that to see exactly what it all looks like in one photo. 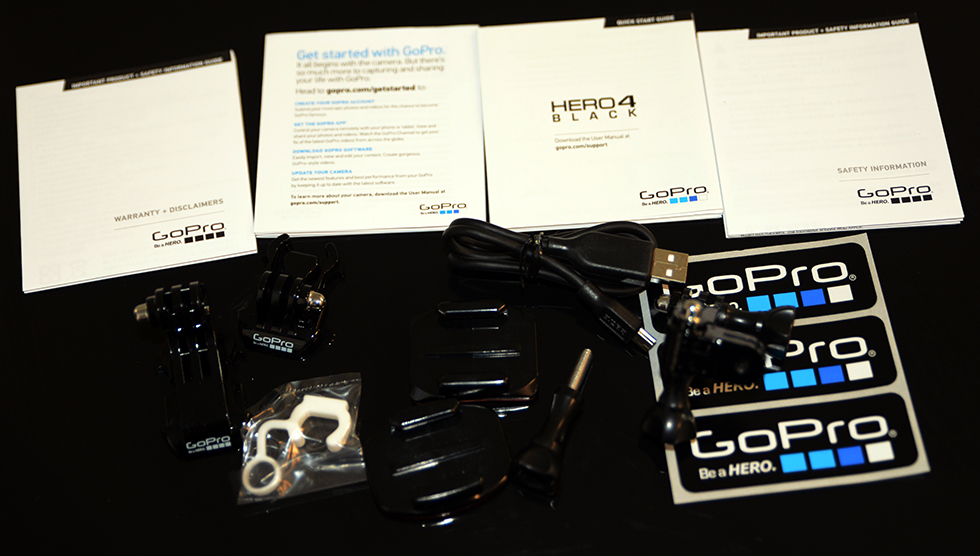 On the next page, we’ll discuss our experience with the GoPro Hero4 and include some video and photo samples as well.