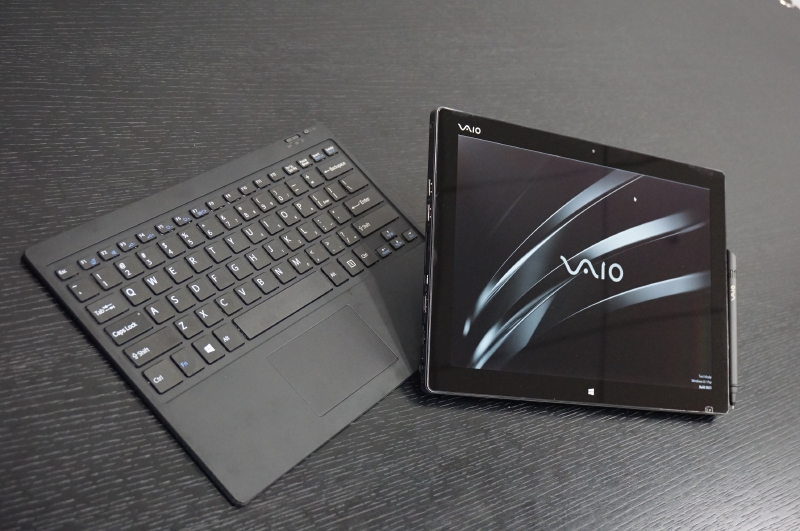 It’s been common knowledge for quite some time that the tablet market is shrinking, and now a new report from IDC quantifies exactly how steep that decline is.

According to IDC’s data, the tablet market’s year-over-year growth has slowed from 52.5% in 2013 to 7.2% in 2014. IDC’s analysis of the market leads it to believe that the reason for this slowing growth is the extended lifespan of the tablets themselves, as users are hanging on to them longer. The lifespan of the devices, according to IDC, is beginning to resemble PCs as opposed to smartphones. 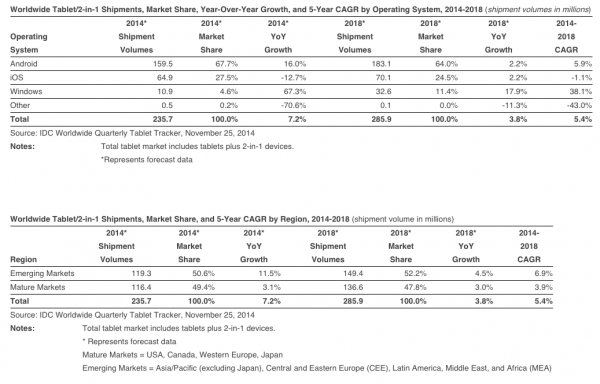 “The tablet market continues to be impacted by a few major trends happening in relevant markets,” said Ryan Reith, Program Director with IDC’s Worldwide Quarterly Mobile Device Trackers. “In the early stages of the tablet market, device lifecycles were expected to resemble those of smartphones, with replacement occurring every 2-3 years. What has played out instead is that many tablet owners are holding onto their devices for more than 3 years and in some instances more than 4 years.”

Growth for the market, according to IDC, will largely be in the developing world as these markets still have an appetite for low-cost devices (as many consumers are largely skipping PCs altogether.

IDC’s data shows that Android is still the dominate tablet platform, controlling 68% of the market.This is up 16% from last year. Apple’s (NASDAQ:APPL) iOS is in second place with 27.5% of the market, which is a decline of 12.7% from the same time last year. Windows, despite its massive year-over-year growth of 67.3% only has a sliver of the market with 4.6%.

IDC also notes that the detachable “2-in-1” form factor devices have not made the inroads expected by Intel (NASDAQ: INTC) and Microsoft (NASDAQ:MSFT). IDC’s forecast is only for 8.7 million units to be sold in 2014, due largely to the skepticism consumers have regarding Windows 8.

What’s a tablet maker to do?

The problem many tablet vendors have is that the products they sold last year to consumers — which may still be in channel — are largely still good enough. Without a compelling reason to upgrade, consumers are going to hang on to their existing devices. In addition if Xiaomi expands its market further into the developed world, consumers will flock to its high-functionality low-cost devices.

Vendors need to present to consumers compelling reasons to upgrade. If a new-generation of tablets is going to be shipped out with 4K screens and octa-core SoCs, an ecosystem needs to be developed around those devices to make upgrading worthwhile. Consumers have money to spend on these devices; the recession is long over. Vendors simply need to do a better job at making the case to upgrade.