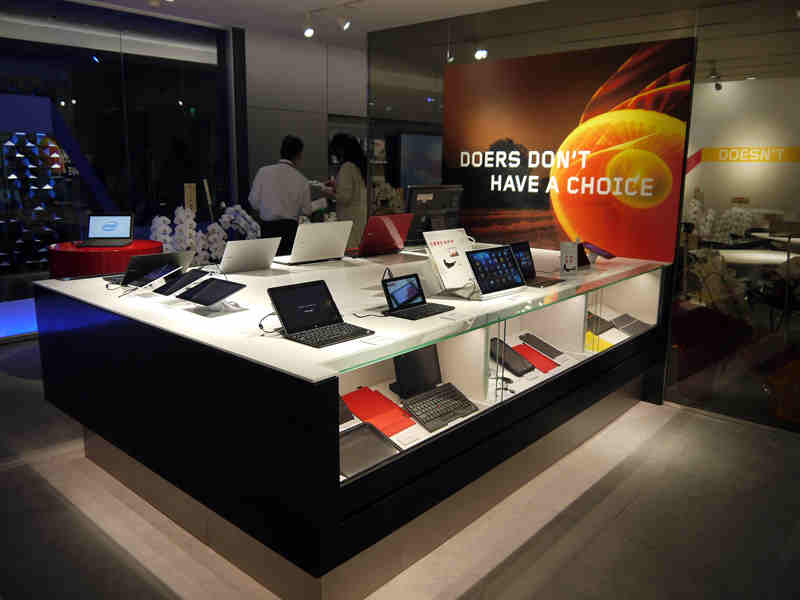 Here is the daily roundup from Japanese consumer tech and tech business websites for Nov. 26, 2014.

Lenovo Japan (HKG:0992) recently held a press conference and facility inspection for its newly opened Lenovo Enterprise Solutions Center. The opening ceremonies were completed yesterday, and the company began to lay out its business model for the newly opened facility at the event.

The opening of Lenovo Enterprise Solutions Center was hinted as early as mid-November, as the company announced the separate establishment of Lenovo Enterprise Solutions. This new business arm was planned to be Lenovo’s gateway to Japan’s PC server market, with the company offering various related business solutions, many of which were introduced in the press conference.

The Lenovo Enterprise Solutions Center will mainly function as a directory hub for the company’s IT service oriented business operations, as well as being a center for various tech seminars and training workshops.

Japan looks at 30% decrease in PC sales according to research

A recent research business analysis by the Japan Electronics and Information Technology Industries Association (JEITA) has been revealed that domestic PC shipments in Japan have decreased by about 30% since last year.

As for sales figures, the numbers have specifically shown a 29.2% decrease over the last assessment period. The total amount recorded for October for all PCs was about $460 million.

The project will be the first time for the company, and will be a collaborative effort between UQ Communications, and Wire and Wireless Co. Ltd. While Wi-Fi connections have been a standard service in most developed cities worldwide, this project has a particular focus on providing foreign customers with an easy-to-access internet hotspot. Passengers may simply access the feature by connecting to the train’s network and entering a guest code.

West JR plans to complete equipping all 63 railroad cars within the limited express line with Wi-Fi networks as early as July next year.