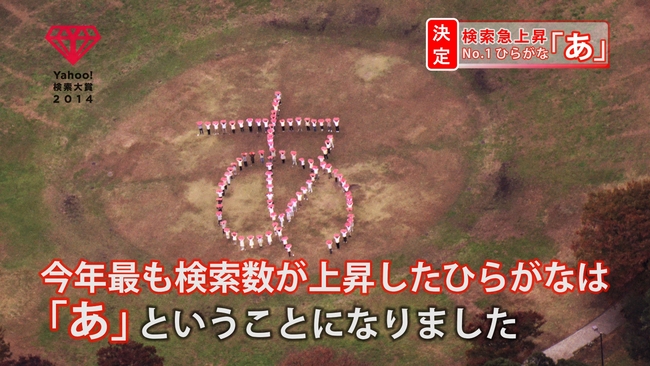 Here is the daily roundup from Japanese consumer tech and tech business websites for Nov. 28, 2014.

The Yahoo Search Awards is now open for ‘nominees’

Yahoo Japan finally commences its Yahoo Search Awards event for the year 2014. This annual awarding ceremony will highlight the best search criteria, topics and subjects for this year on its local search engine.

As a precursor to the event, Yahoo Japan has already opened “the most searched Japanese letter in the country” trivia page, which is unsurprisingly, revealed to be the hiragana for the letter “a”.

The winners of the Yahoo Search Awards 2014 will be announced on the 8th of December.

Crossway/Data Bridge is a service that lets users transfer data that is normally passed on portable hardware mediums such as USB drives, on a special “data bridge” platform. The platform itself is hardware based, connecting two computers that would use the service. The data bridge platform will then act as a file filter, allowing only authorized file types and file names to pass through the system.

The concept was built with data security in mind, and with the purpose of improving the efficiency of data transfers between networks without compromising safety. The company claims that the platform ensures that no unauthorized data will pass through or get transferred to another system, and would only transfer files and data that are relevant to network’s work profiles.

Acer Japan announces the official local release of the Aspire V Nitro in Japan today. It will be available at Japanese retails stores with a minimum estimated retail price of about $930.00.

Already introduced as a PC designed to handle heavy gaming, the Aspire V Nitro combines its 15.6-inch full 1080p HD screen with a hybrid SSD/HDD storage system and a adequately beefy processor/GPU combo. The basic model that will be available in Japan will be installed with a Core i5-4210U processor, GeForce GTX 850M GPU, and 8GB of RAM. OS is still Windows 8.1 Update (64bit) and will come pre-installed with Kingsoft Office 2013. Special data warranty services will also be available for the Japanese version.