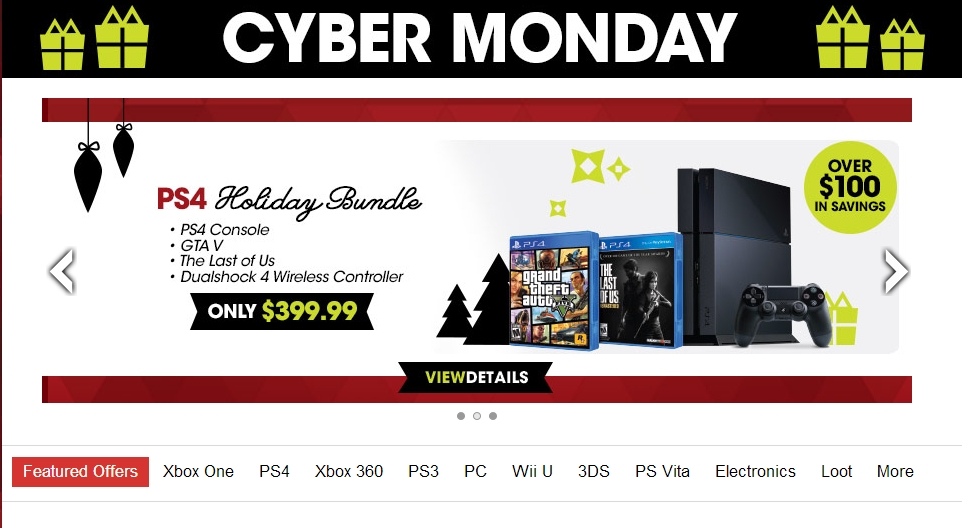 Traditionally “Cyber Monday” is a one-day online extension of Black Friday’s sales extravaganza that offers consumers one last chance to pick up the hottest deals at discounted rates.

But GameStop has broken this tradition by extending their Cyber Monday deals across the entire week, slashing prices on console bundles, games, accessories and more.

Notable offerings include the continuation of the Assassin’s Creed: Unity Xbox One bundle for $329, the $399 GTA V & The Last of Us: Remastered PS4 bundle, and the Super Mario 3D World Wii U Bundle for $299. 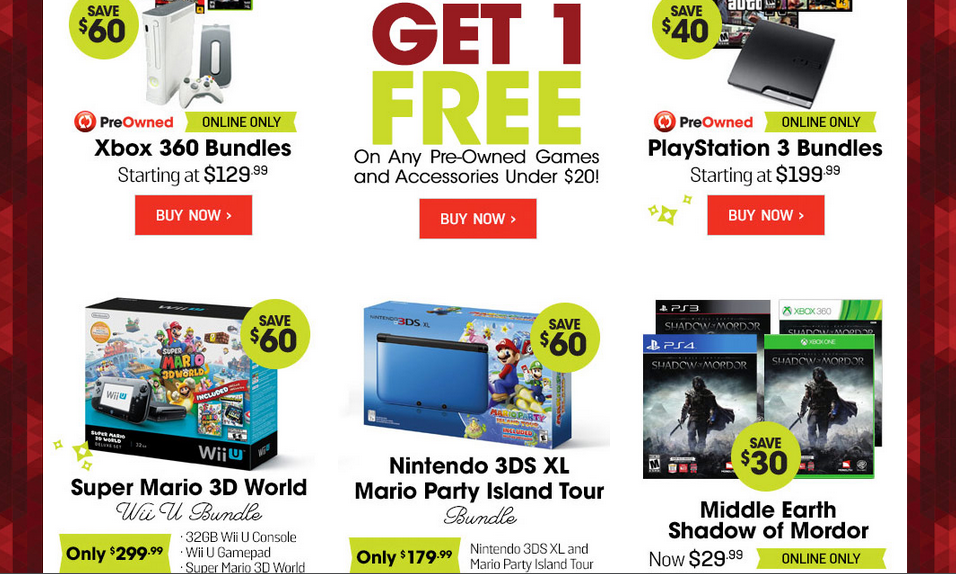 Online only deals include an amazing deal on Polk’s Xbox One 4-Shot gaming headset for just $60, Middle Earth: Shadow of Mordor for $30, Dark Souls II on Xbox 360 or PS3 for just $10, a Buy 2 Get 1 Free deal on all used games and accessories under $20.

Below we have a breakdown on some great deals from the sale, and if you don’t see what you’re looking for below be sure to scan GameStop’s official Cyber Monday deals page.

Blast From the Past Bundles

Since most of GameStop’s pre-owned games are around $10 a piece, this deal is a great way to save on some yesteryear classics. Be sure to drop by the retailer’s full listing of pre-owned titles to mix and match your deals!

Thanks for the heads up, Polygon!