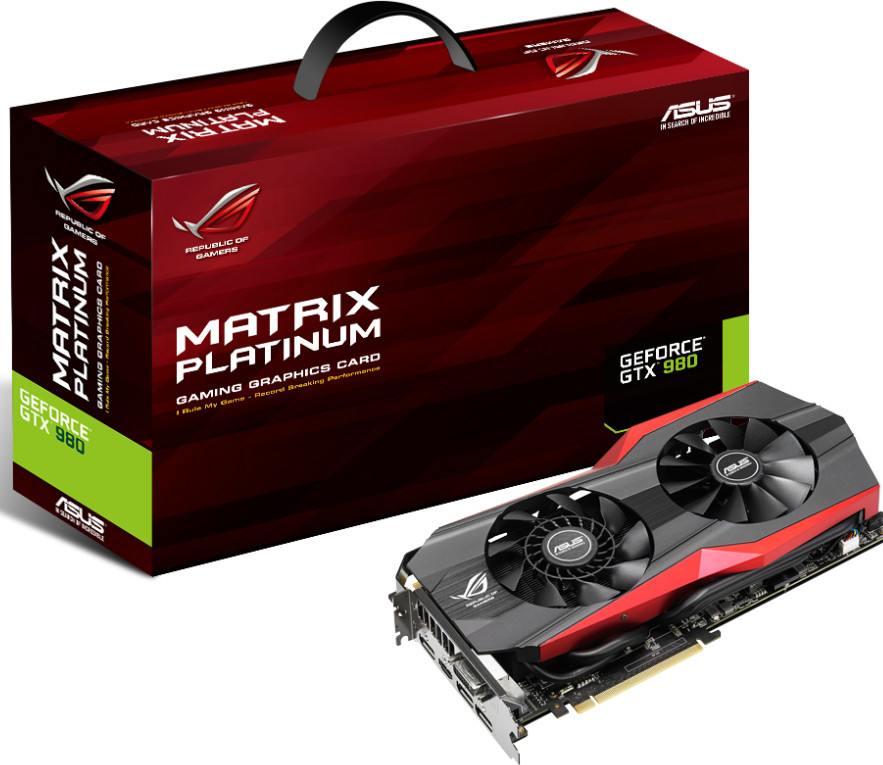 This is its third custom designed GTX 980, as the Poseidon and Strix OC versions have been out for a while now.  The card comes factory overclocked with a massive boost clock of 1342 MHz, although the base clock was not disclosed the memory has been left at the standard clock speed of 7 GHz.  The custom PCB has a 14 phase VRM to provide the card with stable power, and it requires two 8-pin PCI-E to power the card.  A unique feature meant for the most extreme users are the resistive traces in the PCB to keep the card warm enough to prevent frost when the card is used under LN2 (liquid nitrogen) cooling. 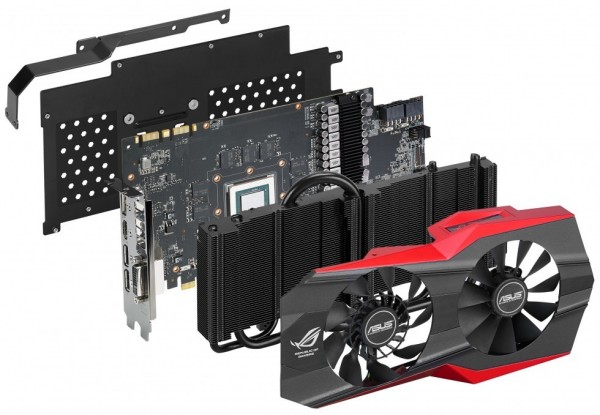 The cooling is taken care of by a custom air cooler with a high density fin-stack heatsink fed by 10mm thick heat pipes.  The two Asus designed fans that cool the heatsink are CoolTech hybrid fans that are designed to force air not only down but to the sides, essentially pushing air in an 180 degree arc.  The heatsink has been nicely finished in black, making the overall aesthetic much nicer.  Users will also appreciate that the card comes with a back-plate and a brace for the card which should help to prevent sagging.  Back-plates have been a noticeable addition to cards that consumers are getting more concerned about.  It not only can make the graphics cards much nicer when inside a windowed case but at times they can help with a bit of cooling if there are components on the back of the card.