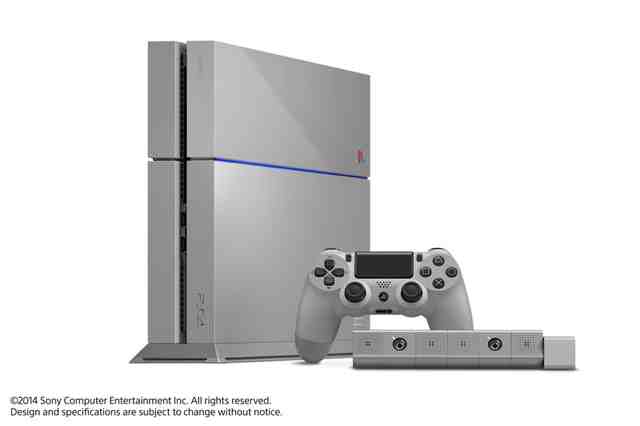 Here is the daily roundup from Japanese consumer tech and tech business websites for Dec. 4, 2014.

Sony Computer Entertainment, in celebration for the Playstation console’s 20th anniversary, has just released a special exclusive version of the Playstation 4. Named as the “PS4 20th Anniversary version”, it was released locally in Japan with a retail price that is equivalent to $417.00.

Sporting its “original grey” finish, the motif of the special anniversary version was modeled after the very first Playstation game console, which was first released last 1994. There are a total of about 12,300 20th Anniversary version units currently available worldwide, and a few of them will be raffled for potential buyers at the Sony Store starting today until the 10th of December.

Fujitsu Labs announces its development of a new RFID, one that can be easily used on ID cards and wearable devices.

RFID tags are already usually compact and portable. However, they are not thin enough to be easily affixed on wearable objects, such as ID’s, metal objects, and wearable tech. Fujitsu labs solved this problem by using a looped structure of thin plastic, that allows stable transmission of radio waves from within 2 meters around the RFID’s wearer. The new RFID still remains completely functional whilst worn, having the flexibility to be instantly attached to just about anything.

Fujitsu Labs plans to implement the new RFID technology on a number of applications that involve item management, identification, and access control.

IBM Japan had just opened its recently launched Dynamic Cloud Security service to the Land of the Rising Sun, with the company initiating the service’s systematization as an official business solution starting today.

Recently unveiled to the west about a month ago, IBM’s Dynamic Cloud Security offers the industry’s first “intelligent security portfolio for protecting people, data, and applications in the cloud”. Basically, this service offers protection to a business’ most important software and data using a data analytics derived from various networks. This new security-based business solution is designed to optimize cloud services in general, thriving on Big Blue’s already well established web-based infrastructure.