Destiny‘s new DLC is needed to play this week’s Heroic and Nightfall Strikes.

In a move that hasn’t really surprised anyone, Bungie has locked access to both the Weekly Heroic and Nightfall Strikes exclusively to owners of Destiny‘s new DLC,  The Dark Below.

Activision (NASDAQ: ATVI) has delivered the following statement regarding the news:

“New public events, updated weapons and gear, new bounties, and of course the steady stream of updates are all available without additional cost to all players.”

Basically if you haven’t purchased the $19.99 DLC pack you won’t be able to do this week’s Nightfall or Heroic strikes. Ouch. But wait, the sting is about to get worse. 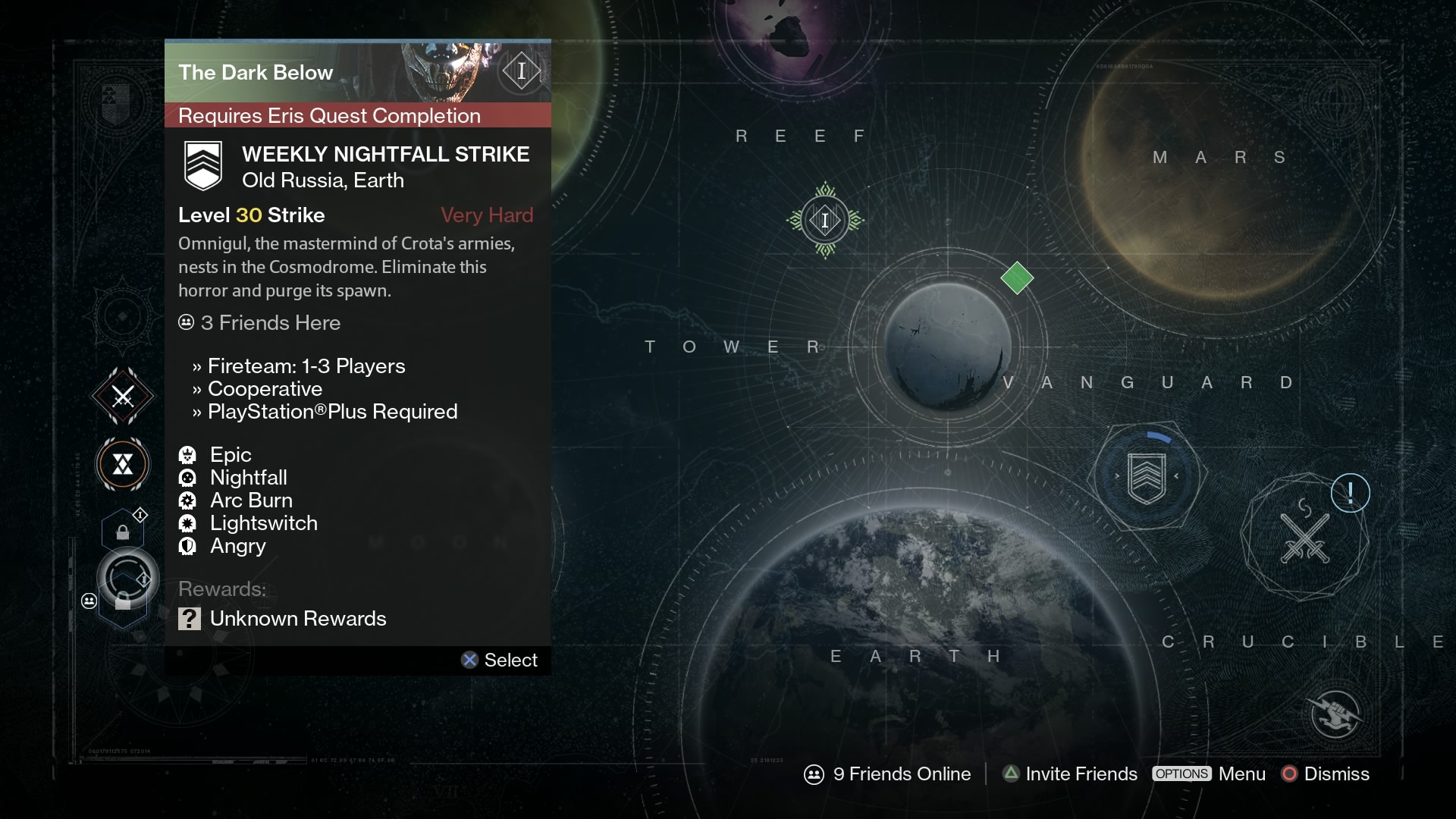 Both Heroic and Weekly Nightfall Strikes are exclusive to DLC buyers, and Activision affirms that content will be “periodically rotated” so that non-buyers are locked out.

Bungie also made it so the new DLC-required level 26 Vanguard ROC Strike playlist is the only one that drops Cryptarch Engrams; Vanguard Eagle, Viper, Wolf and Tiger playlists don’t drop them any more. This means you won’t be rewarded with rare engrams at the end of strikes in the non-DLC playlist.

So in essence gamers who don’t own the DLC can’t rack up Strange Coins from this week’s Heroic Strike or snag them from the odd blue engram from the Vanguard Strike playlist. And they won’t be able to get the EXP bonuses or have the chance at grabbing Exotic gear from Nightfall. That’s an assault on two fronts.

Hopefully you’ve saved up your Strange Coins for Xur this weekend, you’re going to need them.

Understandably so, Destiny gamers have been quite vocal about their feelings on this new trend; so much that there’s a massive megathread over on the Destiny Reddit. One user remarks that the new content is starting to feel “more like a subscription fee than a DLC”, and personally I agree wholeheartedly. 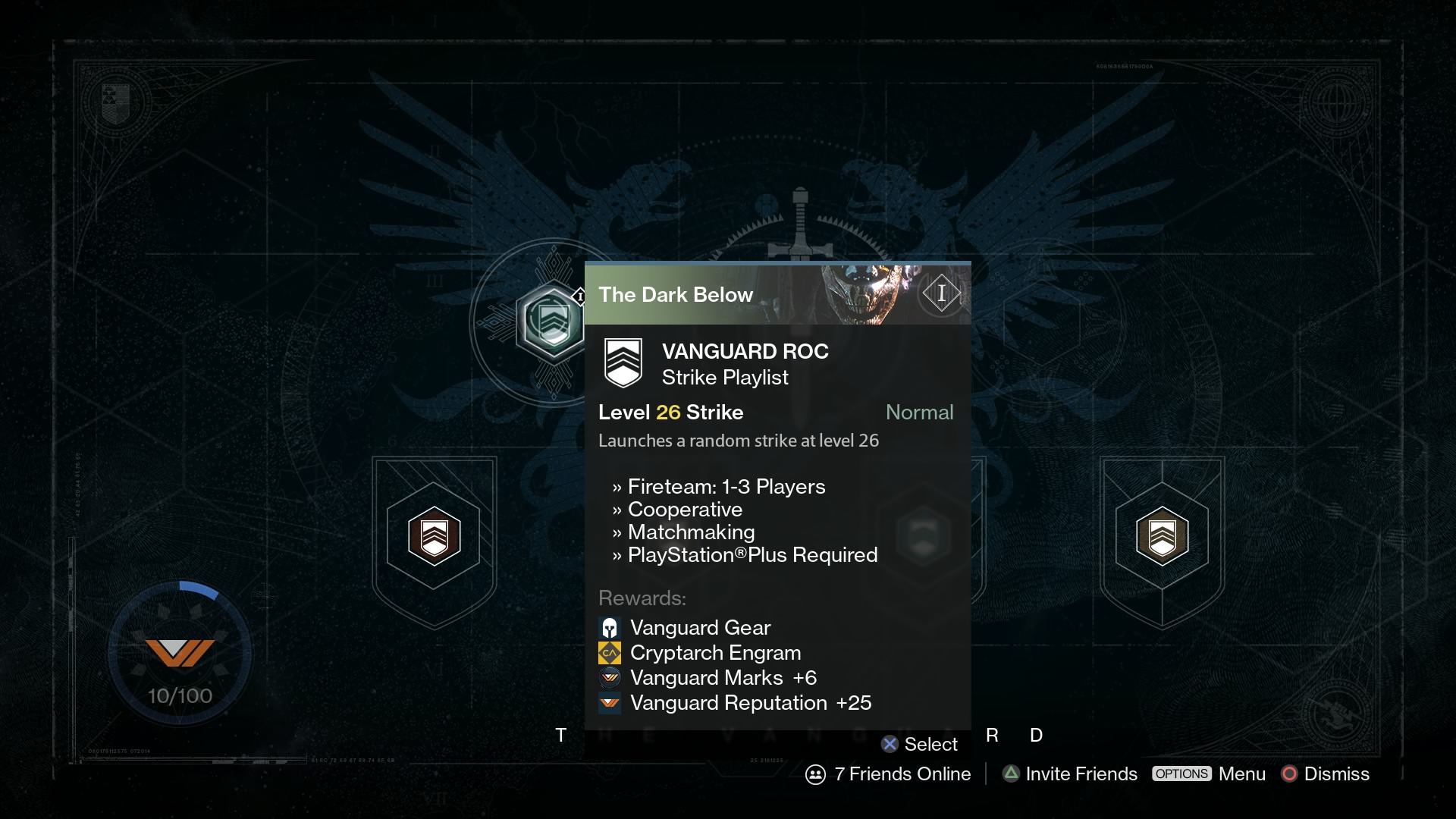 To add insult to injury, only the new DLC-required strike playlist will award engrams to players upon completion; Eagle, Viper, Tiger and Wolf strike playlists won’t have rare engram rewards.

Remember when Bungie released paid map add-ons for Halo and had separate playlists for non-DLC owners? Well those times have bitten the dust, and non-adopters of the new content are getting rotated out of the loop.

Big mistake, Bungie; DLC is supposed to be a boon of extra features and content, especially in a MMORPG. It isn’t supposed to lock gamers out of non-DLC content in an effort to get people to buy your $20 expansion.

In any case, if you happen to have The Dark Below, you can enjoy the new content that your fellow Guardians are left out of. Reddit user chrisjc has a handy guide on how to get access to the DLC Strikes–it’s a long series of beating missions and turning in bounties–that should help you out.

These kinds of underhanded trends need to stop. They are hurting the industry and are honestly the reason gamers no longer trust publishers–this tactic has Activision’s meddling written all over it–and in all honesty Destiny is starting to feel less of a game than a giant experiment to see what they can get away with doing.

The most daunting and disappointing frustration is that no one knew that this would happen; no one was informed that non-DLC owners would be locked out of a portion of the game’s already small end-game content. Communication is the key, and in this regard, Bungie kept us flying blind.

Hopefully this trend won’t continue once Destiny‘s next DLC, The House of Wolves, releases. But again it won’t surprise anyone if it does, and at least now we know what to expect.