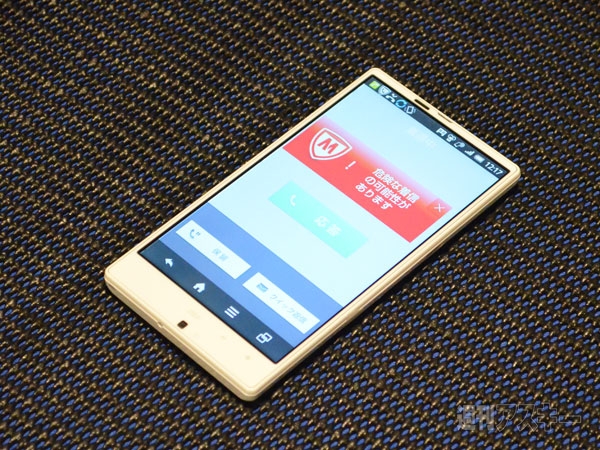 A total of 45 billion yen — equivalent to about $380 million — were the total financial losses incurred from January to October this year due to spam and scam phone calls in Japan. The prevalance of smartphones in the country may have made communication more accessible than ever, but with it comes the increased risk in security.

McAfee Japan, planning to turn over the situation, has decided to actively improve mobile security with the development of a new Android app, the McAfee Safe Call.  Co-developed by local IT firm Tobila Systems, the new app provides a security check to phone calls, much in the same way as how anti-virus software checks files and data for malicious content. The app automatically identifies any caller, and by matching it to a constantly updating cloud database, determines if that caller’s number is safe or not.

As explained by McAfee during an introduction seminar held last week, the McAfee Safe Call uses four basic notification modes, all of which help the user determine the level of risk a phone call may have. The safest green level determines that the number calling is properly listed in Tobila Systems’ safe database, as well as being listed on the user’s phonebook. A yellow alert notification checks that the number calling is listed in the database as a spam call number, and appropriately warns the user with it. Red notifications show blacklisted scam/fraudulent numbers, while a gray notification indicates an unknown/undetermined number which is either not yet in the database, on a public line, or is an international call.

McAfee touts that the complex yet convenient integration of the system is the key to make the app work as advertised. Tobila Systems explains that data won’t just be collected, but it will also be rechecked and cross-referenced to make sure that the numbers are actually spam and scam numbers. More importantly, McAfee promises that the app would not only provide security from spam and scam numbers, but also provide security in the form of privacy. Any additional personal data on the mobile device that the app would use will require the user’s permission before it is sent to the cloud database.

Though McAfee and Tobila Systems are confident in the implementation of the new security app, both companies admit that there are still a few gaping hurdles that prevent it from becoming a universal solution. Developing the same system for Apple devices might prove quite difficult for instance, because no API for developing apps for (carrier) phone calls is currently available for iOS at the moment. Also, the app is only optimized for carrier calls, and is not designed for VoIP systems, the apps of which are gaining steady popularity in smartphones today.