Mota, a successful company founded 15 years ago, is hawking a Kickstarter project aimed at GoPro owners. GoPro’s stock price isn’t affecting Mota’s enthusiasm for developing an accessory for the adventuresome camera wearer. The already established company wants you to help it develop a wireless battery charger for the GroPro Hero cameras. The new product would allow you to recharge your camera without removing it from its housing.

You probably are already familiar with Mota founded by Michael and Kevin Faro. The company makes imaginative products for mass marketing in wearables, portable power, and playful flying objects, such as drones and helicopters. Don’t forget its SmartPhone Anti-Lost Companion  that fits on a key ring. Already known for its external power battery the MOTA 4,000mAh power block which includes 5 different USB cable connections for Apple 30-pin, Apple Lightning, Micro USB, Mini USB, and Sony PSP, Mota is looking to connect to GoPro. 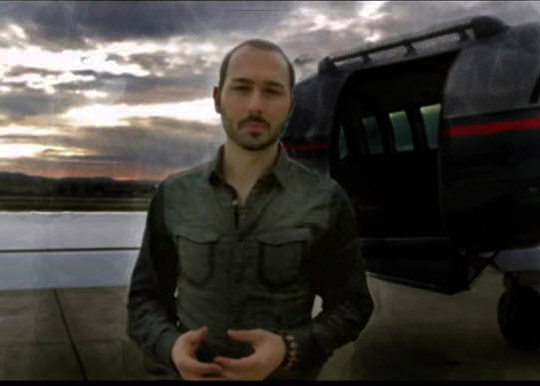 GoPro itself sells extra batteries and battery chargers. You wouldn’t want to be caught near the summit of Kilimanjaro with a dead battery in the video camera that is capturing your treacherous ascent. However, that extra battery you plan to replace a depleted one with requires you to open the device, risking dropping the battery in the snow or fouling the inside of the equipment with greasy fingers that just changed the spark plugs in your motorcycle right before the big race. 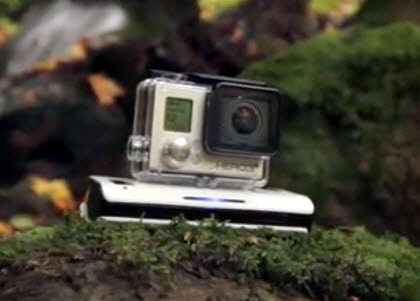 Mota GoPro’s battery charger is designed for action in the field.

You might ask why an established company is using Kickstarter to raise money for a new product. You could say they are doing test marketing. The company explains their reasoning in its FAQ’s. They need to make new tooling for the new design. “That’s a significant cost that we can’t justify unless we know there’s significant demand. Your backing will show us you want us to manufacture it.”

The wireless receiver technology that makes the Mota Wireless Charger compatible with Hero 3 and Hero 4 batteries has a pending patent.

As a reward for backing the Mota Wireless Charger for GoPro, you can get one at “a very special pre-release price”. Yesterday, Mota launched their Kickstarter project. Today, as this article is being written, two more backers have signed on, bringing the total to 65 for $4055 pledged. The goal is $15,000 by January 7, 2015, so if you are interested, don’t get caught up in Christmas Shopping and forget to pledge.

The intended release date is March/April 2015 when assembly, batch testing, complete and Reward fulfillments begin. In the meantime, you can buy completed Mota products at several retailers, including TigerDirect, Newegg, Walmart, Staples, and Best Buy.