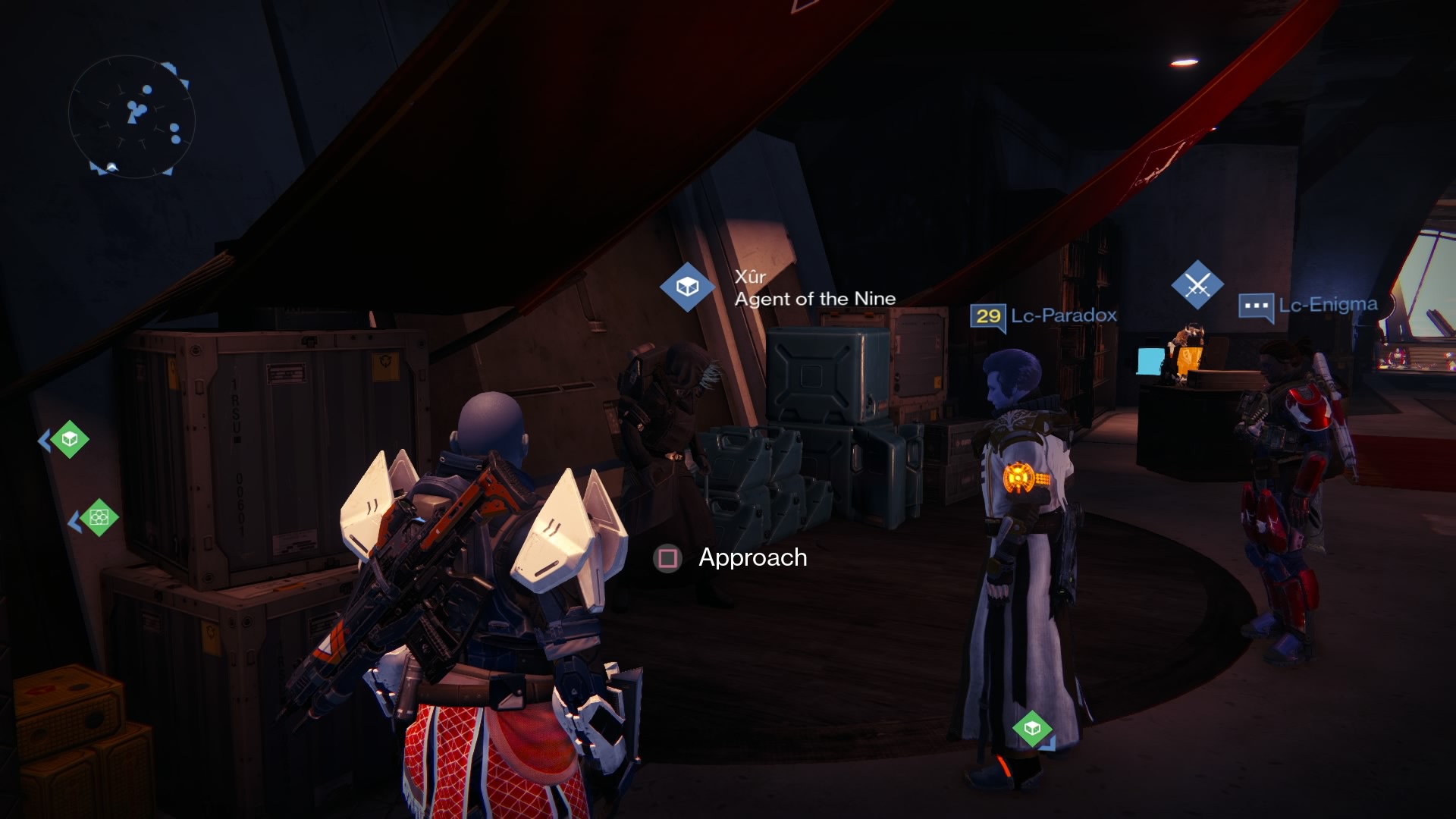 Xur, Agent of the Nine has been spotted at the Tower with a wealth of new exotic-class items, and we have a breakdown of what the shadowy merchant has up for sale for Week 14 from Dec. 12 – 14.

But this time he has something new: in wake of Destiny‘s recently released Dark Below DLC, Xur can now upgrade exotic weapons and armors to do more damage and pack more defense. Twelve items can be upgraded in this way, and we have a breakdown of those too, along with their changed stats.

This comes at a cost, though, as any item turned into Xur will be completely reset. That means a fully maxed item will go back to square one, but it’ll have more base defense or attack to balance things out.

This week Xur can be found be found down the stairs right outside of the Vanguard handlers, settled next to the Crucible Quartermaster. We’ve seen Xur here before, and he isn’t anywhere too cryptic this time around. 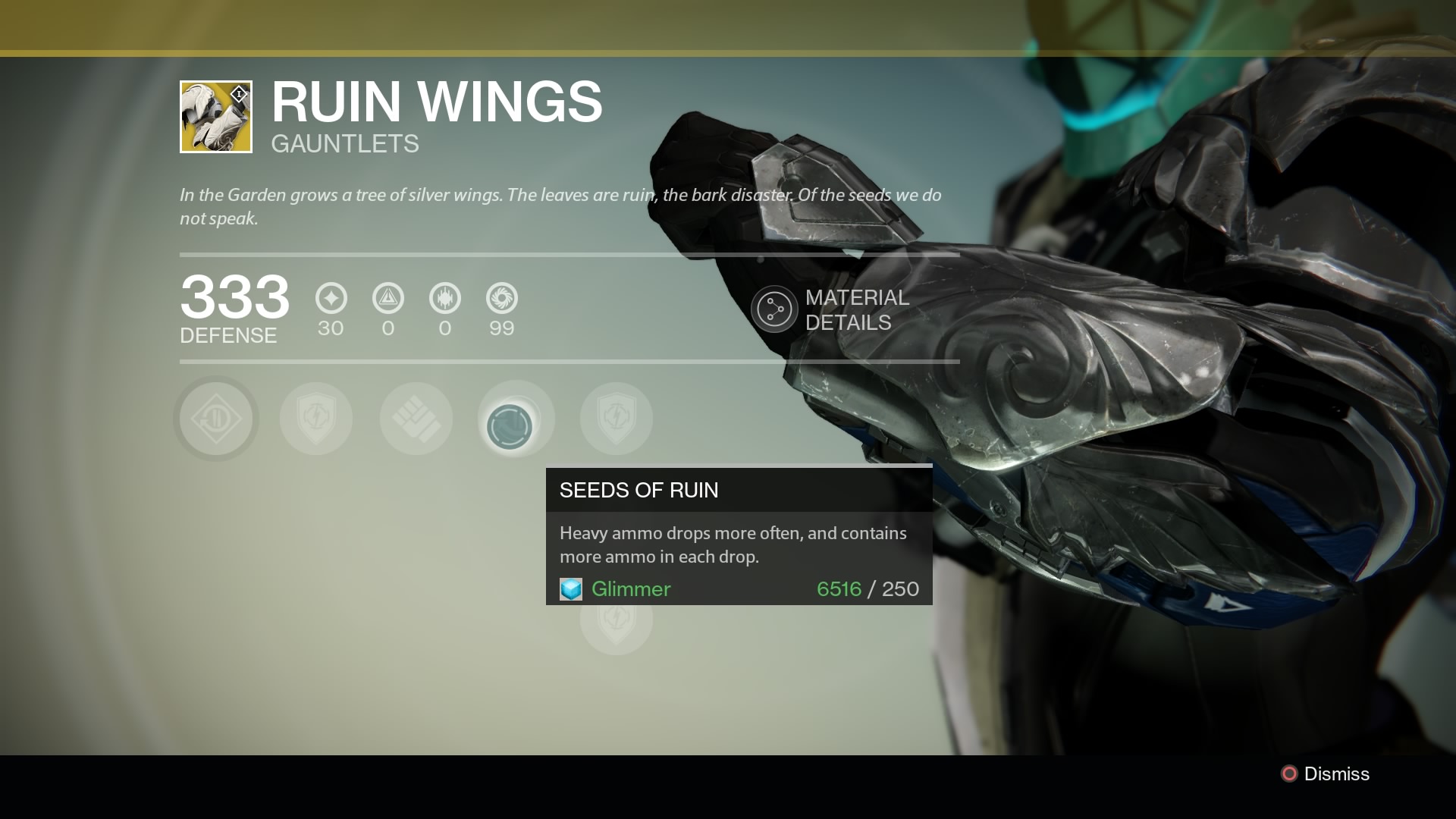 In the Garden grows a tree of silver wings. The leaves are ruin, the bark disaster. of the seeds we do not speak. 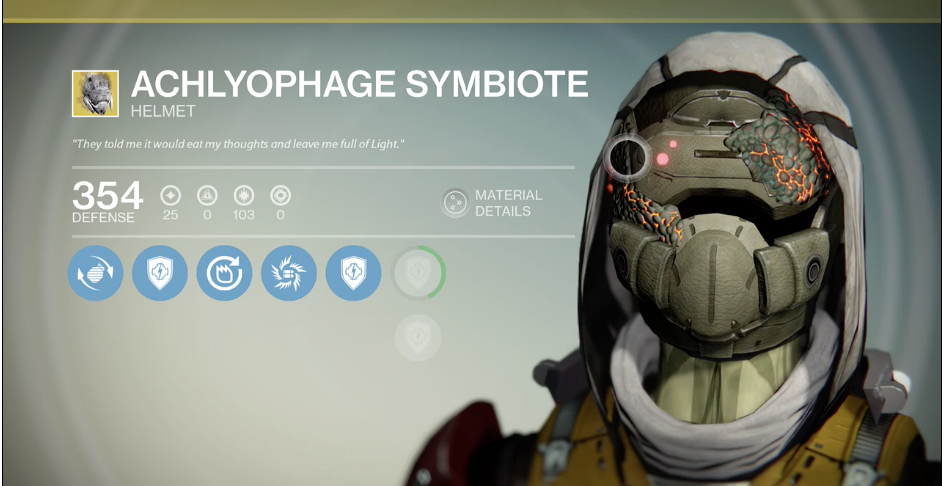 “They told me it would eat my thoughts and leave me full of Light.”

“YOU WILL DREAM OF TEETH AND NOTHING ELSE” — scratched behind a buckle. 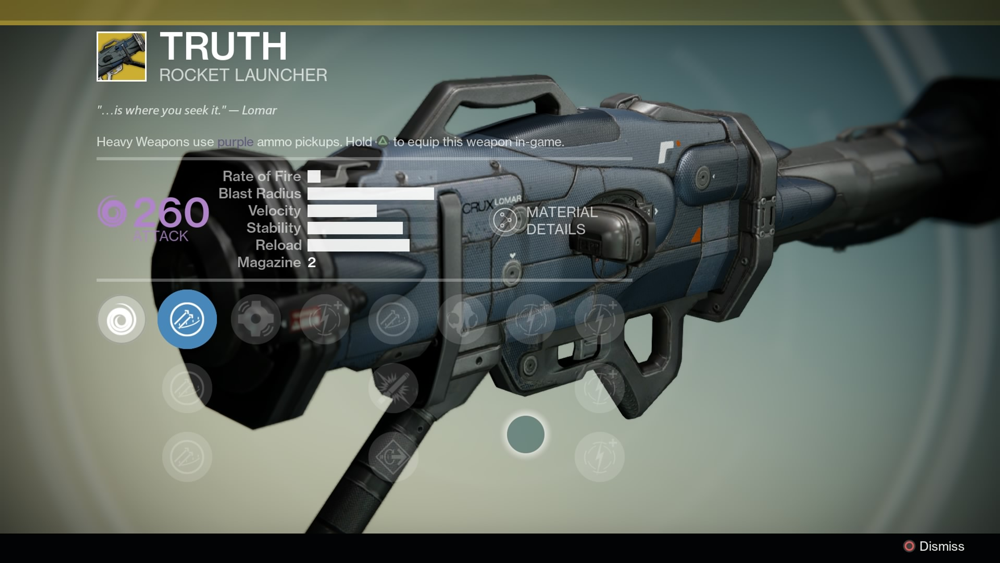 “Truth…is where you seek it” -Lomar

Below we have a listing of the Exotic upgrades Xur offers along with the respective upgraded stats, including the enhanced defense, Light, stats and damage incurred from each item. The merchant has six armors and six weapons for this wave, and we’ll likely see more in the next coming weeks.

Every upgrade costs an Exotic Shard as well as varying Glimmer costs, and to get the upgrades you’ll have to have the item in question. Trading it in to Xur cleans out all advancements on any given item, so be forewarned before you opt in. 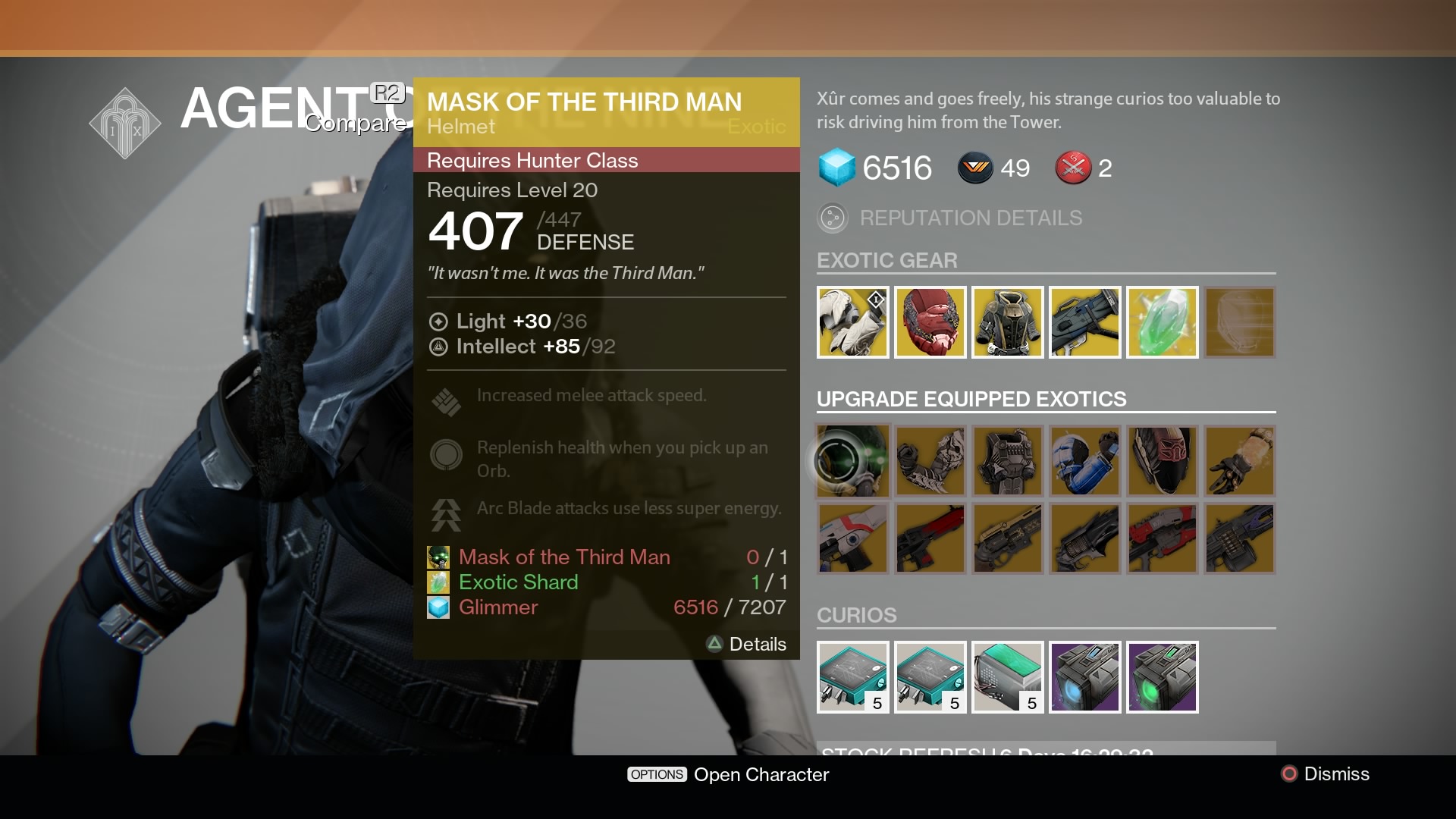 Mask of the Third Man (Helm) 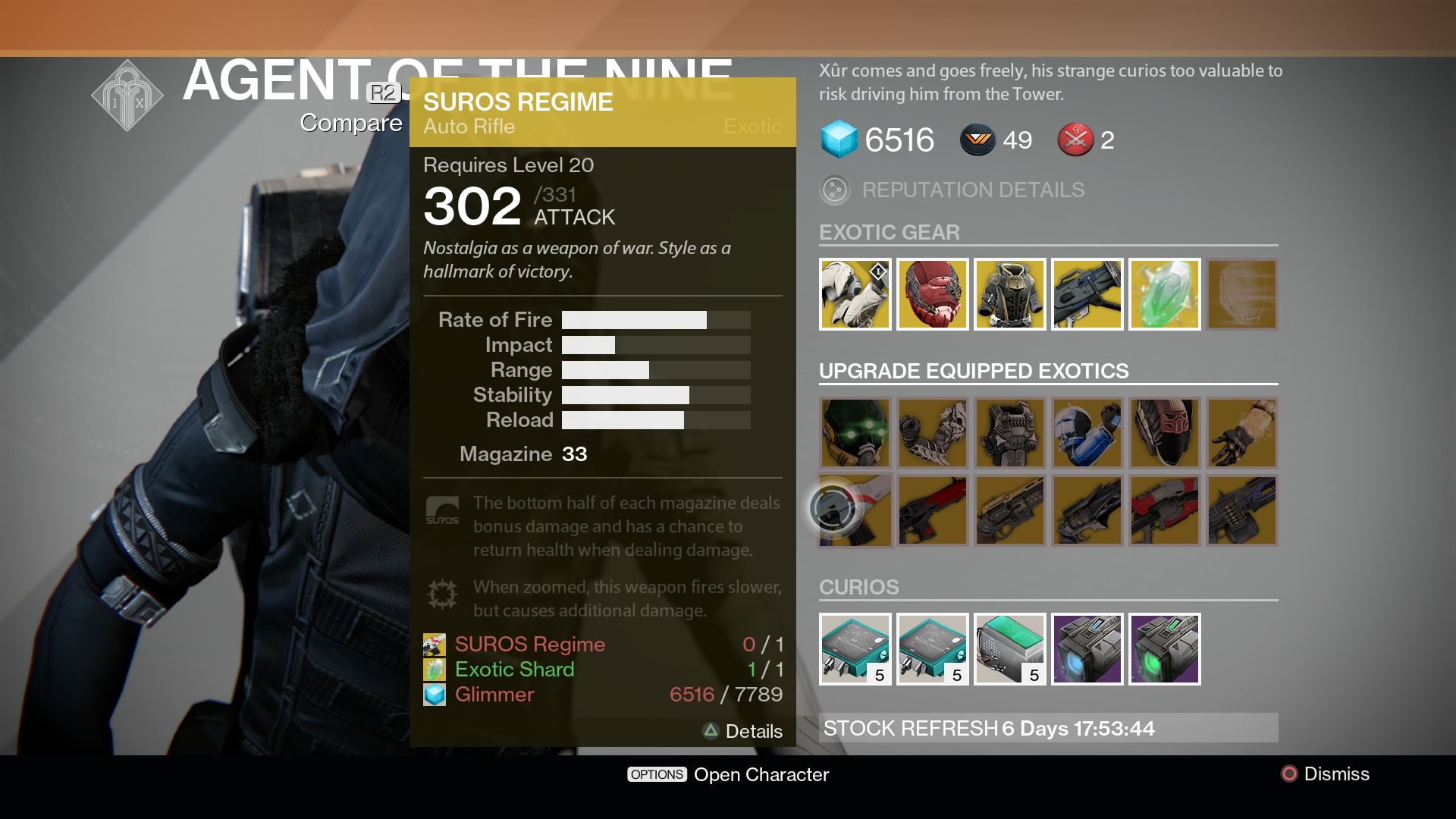 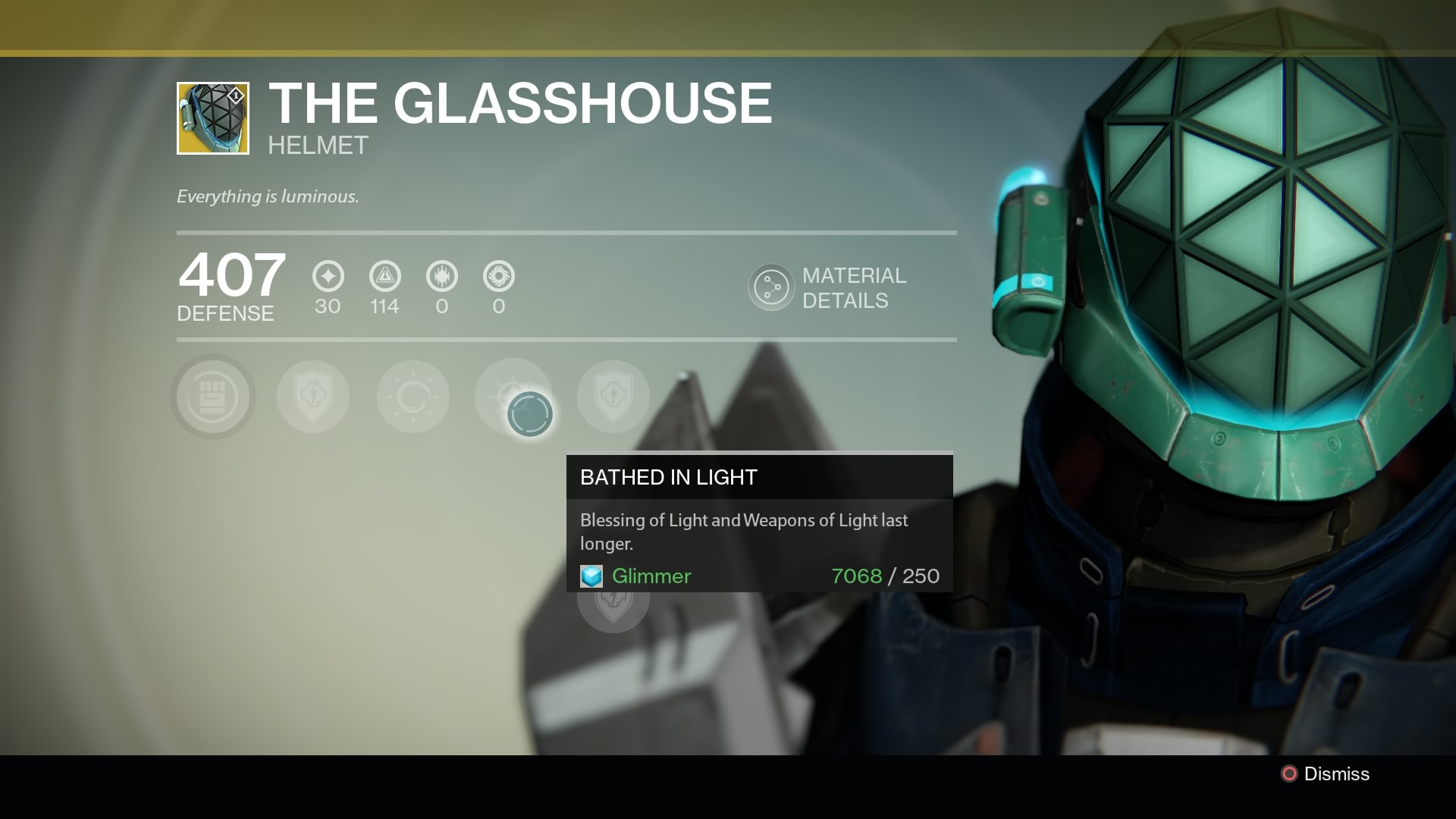 That’s it for Xur’s wares and the new DLC item upgrades. Essentially the damage enhancements on Exotic weapons seems to be capped at 331 Attack, with chestpieces racking up 488 defense, gauntlets capped at 366 defense, and helmets at 447.

Whether or not you’re willing to reset your gear is up to you, but since the bounty slots have been raised to 10 and you can now buy materials like Spinmetal and Relic Iron, Bungie has sped up the process some. It’ll still take a bit, but with any luck you’ll have a maxed out Thorn or Ice Breaker soon.

Also it’s worth mentioning that you might be able to get a new DLC exotic from Xur’s exotic engram. I was able to pick up the new Glasshouse Titan helm, which buffs both Weapons and Blessings of Light for the Defender class. While it’s not as strategically effective as the Saint-14 helm, it is interesting and I for one will try it out in the field.