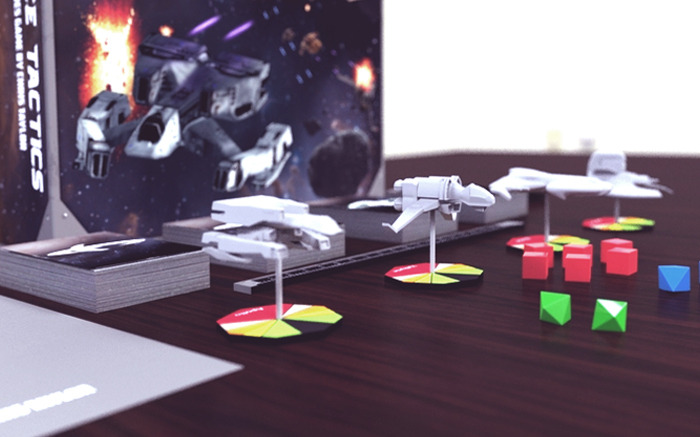 Descent Freespace, ah that’s a name that bring back memories of epic space battles. For over a decade gamers have yearned for a sequel. Yesterday Freespace Development Corporation kicked off a rather unique slant on the series by launching a kickstarter set in the Freespace universe called Freespace Tactics.

FreeSpace Tactics is an officially licensed miniatures game of competitive, ship-to-ship combat for 2-4 players set before the arrival of the Shivans, during the last days of the Great War.

Played on a 3’ by 3’ tabletop, players use decks of move cards to maneuver their ships, launch attacks, and avoid deadly collisions. Each of FreeSpace Tactic’s six scenarios comes with set-up instructions, special rules, and victory conditions for a variety of game styles.”

The game is expected to ship in November 2015.

View all articles by Austin Craig