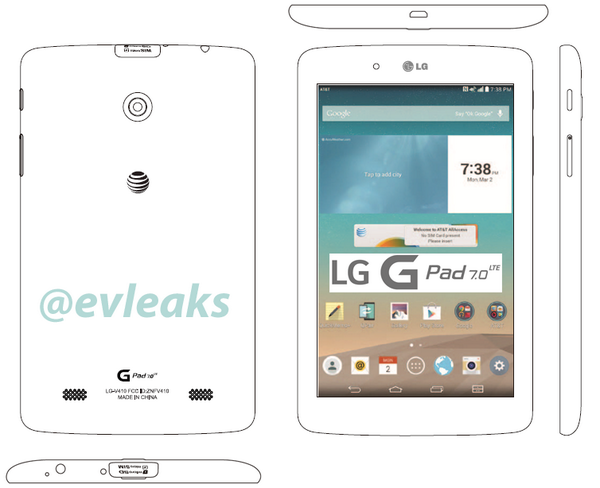 In the history of journalism, some of the most groundbreaking stories began as leaks.

Publishing documents that someone in a position of power would rather not have go public is one of the pillars or journalism. The eponymous Watergate scandal which ended with Richard Nixon leaving office, Daniel Ellsberg’s Pentagon Papers, and the Washington Post’s disclosure of the identity of CIA operative Valerie Plame are all examples where leaks have enabled journalism that benefits the public interest.

Technology journalism and blogging — specifically that which covers hardware and smartphones — also relies heavily on leaks. Evan “Evleaks” Blass is one of the best known examples of a serial leaker, as until his retirement earlier this year he thrived on publishing details of smartphones currently under production. Blass is only one example: dozens of technology blogs thrive on the publication and analysis of internal documentation from CPU and GPU vendors as well as other players in the supply chain.

But while journalists covering political affairs can lean on strong shield laws and the defense of reporting for the public interest, the same defense isn’t as reliable for technology journalists and bloggers when corporate trade secrets are involved. Some bloggers have had the courts rule in their favour, while others have found themselves in jail.

Leaking in the public interest

The most important case in considering if a technology blogger or journalist publishing corporate trade secrets is the 2004 trial Apple v. Does. The case saw Apple (NASDAQ: APPL) file suits against one or more “Does” (unknown persons) as it sought to determine whom the unknown person or persons were that leaked details of a then-upcoming Firewire audio interface for Garage Band to blogs Apple Insider, O’Grady’s PowerPage, and ThinkSecret.

Apple, in response, did not sue the publications at first but instead subpoenaed Nfox.com the mail service provider of Apple Insider in an attempt to get them to hand over email messages that would identify the source of the leaks. The case took two years to snake its way through the court system, eventually winding up at the Court of Appeals. The Appellate court sided with the publications and criticized Apple’s argument that the public has no right to know corporate trade secrets, pointing out that the excessive use of trade secret laws could prevent important information about dangerous products from reaching the public’s eyes.

The court wrote in its ruling:

Apple first contends that there is and can be no public interest in the disclosures here because “the public has no right to know a company’s trade secrets.” Surely this statement cannot stand as a categorical proposition. As recent history illustrates, business entities may adopt secret practices that threaten not only their own survival and the investments of their shareholders but the welfare of a whole industry, sector, or community. Labeling such matters “confidential” and “proprietary” cannot drain them of compelling public interest.

Timely disclosure might avert the infliction of unmeasured harm on many thousands of individuals, following in the noblest traditions, and serving the highest functions, of a free and vigilant press. It therefore cannot be declared that publication of “trade secrets” is ipso facto outside the sphere of matters appropriately deemed of “great public importance.”

The judges also ruled that what was published did not put Apple at a disadvantage, because it contained no proprietary information that would aid Apple’s competitors in building a rival product.

Interestingly, the appellate court did argue that there was a public interest component to the leak. In contrast, the judge that presided over the case in the trial court argued that while there was an “interested public” keen to learn more about Apple’s new developments reporting on them from confidential sources was not in the public interest:

“It is often impossible to predict with confidence which technological changes will affect individual and collective life dramatically, and which will come and go without lasting effects. Any of them may revolutionize society in ways we can only guess at. The lawful acquisition of information necessary to anticipate and respond to such changes is the birthright of every human, formally enshrined for Americans in our state and federal constitutions. The publications at issue here fully implicated that birthright and the interests protected by those constitutional guarantees.”

In the weeks after Apple launched the Does lawsuit, it filed a contemporaneous against the now defunct Apple rumor blog ThinkSecret and its proprietor Nicholas Ciarelli who wrote under the pen name Nick dePlume. A rival to Apple Insider, Think Secret had a series of scoops regarding the introduction of the Mac Mini and iWork. Apple claimed that the publication of information pertaining to these products caused the company harm. Ciarelli fought Apple in the courts, and ultimately reached a settlement to that saw ThinkSecret being taken off line in exchange for the identities of the sources remaining anonymous.

In 2012, a court in Illinois upheld the journalists’ shield laws to protect the identity of leakers. US technology site TechnoBuffalo published leaked specifications of Motorola’s (NYSE: MSI) then-upcoming Droid Bionic from information it received via a leaked copy of a Motorola “Tips and Tricks” companion book from publisher JohnsByrne.

JohnsByrne sued TechnoBuffalo for its damaged relationship with Motorola. The site lost the case, but upon appeal the presiding judge ruled in favor of TechnoBuffalo.